Intimidation, harassment and violence have no place in a democracy. Mo Ibrahim link 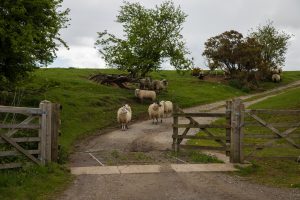 This is the first of two posts today.

The limits of the church covenant in US law.

I am deeply concerned that the following legal advice is continuing to be given in spite of evidence to the contrary. In When Church Discipline Goes Really Public, the following statement is made.

Churches still have great freedom under the First Amendment to govern themselves as they see fit, and that includes establishing standards for membership and carrying out church discipline,” she said. The snags churches have run into in court have been when an individual never consented to being under the church’s authority, or when church leaders announced the reason for discipline to the congregation in the main worship gathering.

Holcomb recommends a formal membership policy, like Watermark has, including assenting to the church’s statement of faith—even better if that includes a clear stance on sexuality and marriage. Members should also know how the church carries out its discipline.

In the United States, joining a church is considered a voluntary membership, akin to joining any other voluntary group like The League of Women Voters or volunteering at your local homeless shelter. In such an organization, you are allowed to resign at any time. Also, the church is allowed to expel you as a member at anytime. In other words, both parties can voluntarily break their association.

The confusing thing about this post is that it is addressing the expulsion of a current member, (not a former member), from the fellowship due to his participation in homosexual activity. Current US law gives churches the religious freedom to kick out a member. Jeff Anderson told me, a few years back, that the one thing he cannot do is make a church keep a person as a member.

However, just as the law gives a right to the church to expel a member, it also gives the member the right to leave the church at anytime, even while under *discipline.* If a church pursues a member who has resigned via emails, texts, visits, etc., or announces to the congregation their sins or encourages current church members to pursue the former member, they are risking a serious civil lawsuit for harassment.

I am willing to bet that Matt Chandler at The Village Church quickly learned this lesson when he and the gang went after Karen Hinckley. The apology came just in time and Karen was more than gracious to accept it.There is no question in my mind that she would have won a large settlement since the church did everything they could to hound her and tell the intimate gathering of 6,000 members about her *sin.* (What a crock!)

Churches, get smart and get good legal advice. You cannot pursue a member after they lave resigned their membership unless you are willing to risk using your money to support the former member and his legal team instead of missions or lots of new fog machines.

Members: Make sure you resign your membership in writing and send it via registered or certified mail. State that you wish to be no longer contacted and any public discussions about you will be grounds for legal action. Keep the receipt. If you are contacted and harassed, contact an attorney.Take screen shots and keep copies of everything. It is your legal right to live in peace once you leave a church.

Here is a case to begin to understand US law. I bet some pastors wished we lived in Calvin's Geneva…

A lawsuit that gives clarity to US law

We wrote this in a post on Maria Notcheva's ongoing abuse by Heritage Bible Chapel.