“Any fool can make a rule
And any fool will mind it.” ― Henry David Thoreau, Journal #14 link 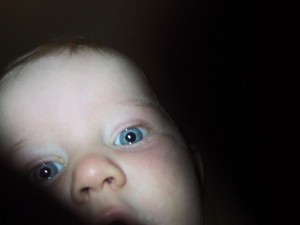 I am going to do two posts today since they involve separate subjects.  I  am heading to Baltimore midweek and Deb will handle the two posts for Wednesday and Friday. There could be some breaking news on The Village Church situation. If so, I will post something to keep TWW readers up to date.

"First Things" posted THE DEMOCRATIC FOUNDATIONS OF CHURCH DISCIPLINE by Collin Garbarino. I want to thank an anonymous reader who alerted me to this.  The intent of this posting was to negate a post Shepherds, shamers, and shunners: The rise of church discipline in America (Part 1)  written by Jonathan Merritt.

I am writing this to encourage all of you that leave cogent comments at blogs that do not get approved for various reasons.

Wasn't this post about the history of church discipline?

This post was about TVC's church discipline as shown by the opening statement:

He digs at Merritt's critique of Jonathan Leeman.

Jonathan Leeman is author of “Church Discipline: How the Church Protects the Name of Jesus” and editorial director of 9 Marks, a Washington D.C.-based ministry that believes rigorous church discipline is one of the nine central components that comprise a “biblical church.”

Nice use of scare quotes around “biblical church,” by the way

Garbarino does not seem to understand that many Christians use the word "biblical" to let everyone know that when anyone critiques them, the critics are critiquing the Bible. It's kind of like us when we write "gospel.™" It seems like a certain segment of leaders have so overused the word to claim that what they are doing "is the gospel" that the essential meaning is being lost. And that, to me, is scary…

What concerns me is that Garbarino and Leeman could use the word "biblical" to shield themselves from any critique of the implementation of discipline as is so evident in the discipline of Karen Hinckley (formerly Root.)

He critiques Merritt for not quoting Matthew 18

This verse has been used to justify all sorts of abuse in the name of Jesus.

Why didn’t Merritt cite these verses? I can only assume that they don’t fit the narrative that he’s trying to craft. These few verses out of Matthew go a long way toward explaining what churches like The Village Church are attempting to do. I say “attempting” because sometimes churches do a poor job—which is Merritt’s next point.

Matthew 18 has been quoted to death by all sorts of churches screwing up all kinds of church discipline. Having to mention Matthew 18 is like having to remind everyone that CBMW is complementarian. Good night!

Garbarino critiques Merritt for mentioning the Salem Witch trials as an example of the church "disciplining" people.

He claims that proponents of church discipline often end up abusing and shaming people in the congregation. He mentions Mark Driscoll’s recent woes and then jumps to the Salem Witch Trials and the Spanish Inquisition—a most unhelpful historical summary of the rise of church discipline in America.

More on this in a minute.

Pastors do not have authority to discipline in the SBC

Garbarino denies that pastor in SBC any authority and the authority rests with the congregation.

Frankly, if the numbers of posts that we have written on the abuse of church members by church leaders is any indication, the authority rests in the hands of the celebrity pastors.

He moves to separate the Baptists from those baptizing infants s if that makes a difference in abuse.

Then he states that being a Baptist means you could not join a church or leave voluntarily.

Traditionally there were only two ways out of a Baptist church—death or the congregation votes you out. This discharge could be either honorable or dishonorable. One’s membership in a Baptist church isn’t voluntary.

However, since The Village Church and 9 Marks are Baptists, this point is moot.They have a rigid authority structure in which the plurality of elders who always agree with the pastor is maintained by current elders making sure the next elders get on board. Their church rotates around their lead pastors, Mark Dever and Matt Chandle,r and to pretend they do not is a bit disingenuous. And as was seen in TVC, those elders were part of the abuse structure that wounded Karen and, in our opinion, did not evaluate Jordan Root in an effective manner.  There is a reason we call 9 Marks the Hotel California of the Evangelical Set.

The Village Church was only trying to follow Jesus to "restore" Karen.

The pastors of The Village Church publicly apologized for mishandling their latest instance of church discipline. They were dealing with a sensitive and difficult situation, and though their actions might have made things more difficult, they ultimately hoped for restoration. Merritt and many other voices want to know why they did what they did. It’s not a mystery really. They were trying to follow Jesus’s teaching in Matthew 18 as interpreted by their Baptist forebears.

The question is "Restore her to what?" Being married to a man who is sexually attracted to little kids and is a pathological liar?

It was obvious to me that Garbarino does not fully understand just how seriously The Village Church and Matt Chandler screwed up in this situation. The plurality of elders, the underling pastors, the parroting "covenant " members and the absence of Chandler show that the system  is broken. They did not follow Jesus in their actions. They followed their authority based rules structure that meant more to them then a dear woman who was deeply hurting. They misused the over-quoted Matthew 18 verses to discipline the wrong person. Yes, church discipline is often abused and I agree with Merritt.

There were no comments on this post at First Things. Thinking they might be interested in hearing from someone who actually knows what happened from the point of view of the victim, I wrote the following response. It was first held for moderation, then it was never posted. My question: What's First Things afraid of? Are we protecting church discipline over assessing how badly we screw up? In my opinion, Jonathan Merritt hit the nail on the head.

This man had consistently lied to his wife since before his marriage and there is absolutely no reason to believe he is telling the full truth now. To make matters worse, the church decided that after a couple of weeks Jordan Root was "walking in repentance" which is shockingly naive. Meanwhile, the wife was put under church discipline for pursuing an annulment which was readily granted by the Texas courts. Except for some hyper authoritarian types, there are few who see the purpose in such an abusive action against Karen. She, by far, seems to be the most sensible one in this entire story.

You claim the church wanted "restoration." Yes, those are the scare quotes because such restoration would involve staying married to an individual who has a lifelong addiction to abusive images along with an admission to childhood molestation. You can look at the statistics. The chances of him continuing to reoffend are extremely high. The church wanted her to stay married to a man who participates in the abuse of children. Seriously?

I know her story quite well because she reached out to Amy Smith, SNAP Dallas, and me, when her church continued to pursue her, even after she resigned from the church in February. This was prior to being disciplined, I might add. The discipline was retroactive. It is very sad that she had to reach out to virtual strangers for support since her church was far more interested in "disciplining" her.

There is more to come on this story. The church handled things very badly, hurting a lovely woman who sought to dedicate her life to mission work. The church has been credibly accused of other examples of "biblical discipline" (scare quotes intended.) There is hope that they will now walk back this entire process and support Karen's choice to annul her marriage and that they will look more closely at Jordan Root's "walk of repentance."

Finally, I grew up in Salem, Massachusetts and have studied the history of the witch trials in depth. One cannot easily separate state sponsored witch hysteria from the church's beliefs and participation.They were both in it up to their eyeballs. Thankfully, our Founding Fathers saw fit to never sponsor a state church. Salem is a good example of how messy that got.

If The Village Church's response to the Roots is your example of healthy church discipline, then it is my prediction that people will flee the church in droves if such discipline becomes the norm