"Of all tyrannies, a tyranny sincerely exercised for the good of its victims may be the most oppressive. It would be better to live under robber barons than under omnipotent moral busybodies. The robber baron's cruelty may sometimes sleep, his cupidity may at some point be satiated; but those who torment us for our own good will torment us without end for they do so with the approval of their own conscience." C. S. Lewis link 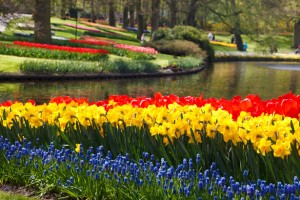 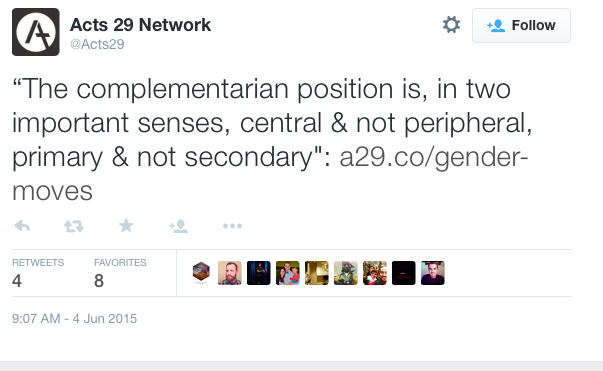 Shaking my head, I tweeted (which is, I guess, retorted)

This is a controversial statement for sure. It makes me wonder who is running the store over there. This was not the right time to release such a tweet. Chandler is involved in attempting to right a wrong decision on church discipline that led to the abuse of a woman who had been through a crisis. The Village Church also demonstrated the mishandling of a guy who has been lying for years about his sexual preferences that involves watching the abuse of young children via the internet (this included infants.)

There is reason to question that authority structure that is currently in place at TVC.  Acts 29, for better or worse, is linked to TVC.  They came out with a statement which is, in its essence, another discussion of authority and headship. Bad timing, men!

Bruce Ware , the guy who wrote this post, is the guy behind the Eternal Subordination of the Son (ESS) doctrine.

To get a good explanation of this doctrine, please read this post at Wade Burleson's blog, Semi Arianism Posing as Orthodoxy. Of course, Wayne Grudem is an ardent defender. Here it is in a nutshell. Jesus will always be subordinate to the Father in eternity because his role is to follow the will of the Father. This backs up the real reason that this doctrine is so essential to complementarians/patriarchs. It means that all women will be subordinate to all men in eternity. However, read the explanations yourself to see if you agree with my assessment.

Therefore, you can be sure that anything Bruce Ware writes on the Trinity or on the role of men and women will reflect this doctrine.

Ware goes on to deny he means what he says. Yes, I meant that as written. He states:

By claiming that complementarianism is in some senses central and primary, please notice what I am and am not here claiming. I am not saying that Scripture’s teaching on an all-male eldership in the church, or male headship and wifely submission in the home, is central and primary doctrinally.

(He reserves this for )  doctrines, that is, that impinge on the very truth of the gospel itself.

However, Google complementarianism and the gospel and you will see that the group Ware runs with does link it quite closely with the gospel. This means that one could, in good conscience, believe that this thinking is related to TVC itself.

Culture and the slippery slope

He believes that any compromise with egalitarians will lead to a desensitization of the radical call of Scripture.

First, I believe this doctrine is central strategically in upholding the Christian faith within a culture all too ready to adopt values and beliefs hostile to orthodox and evangelical conviction.

Today, instead, the primary areas in which Christianity is pressured by the culture to conform are on issues of gender and sexuality.

And surely it will not be long until ethical departures (the church yielding to feminist pressures for women’s ordination, for example) will yield even more central doctrinal departures.

But what must be clear is that to the extent that compromise on issues of biblical manhood and womanhood occurs, the church establishes a pattern of following cultural pressures and urgings against the clear and authoritative teaching of God’s written Word. When this happens, even though the compromises take place on matters which are not doctrinally central to the faith, the church becomes desensitized to Scripture’s radical call and forms instead a taste for worldly accolades.

Marriage is the way to reflect the picture of Christ and the church.

Second, in light of the revealing insight of the Apostle Paul, that marriage has been designed by God from the beginning to be a reflection of the greater and permanent union of Christ and his bride, the church (Ephesians 5.31-32), it follows that human marriage – one man and one woman in a covenant commitment for life – is of highest importance for Christians to uphold and defend

I have been a Christian for decades. Never once did I hear of anyone who got the Gospel by reflecting on Fred and Alice's marriage. In fact, I believe there is danger in putting such a heavy burden on marriage. All marriages are subject to sin. Marriages break up due to adultery, pornography, abuse, crimes, etc.

Once again, it is all about that ill-defined "submission" word.

Wives are to submit to their husbands as the church submits to Christ (Ephesians 5.24) and husbands are to love their wives as Christ loves the church (Ephesians 5.25). In other words, it is not marriage in general that is designed to reflect Christ and the church; it is marriage of this kind – with male headship and wifely submission – that God designed to reflect this marvellous reality. We have no right to tamper with God’s design,

As we have often said at TWW, no one in the complementarian crowd has defined submission in any way that makes sense for all marriages.There should be some common features but they can't agree what those are. There is probably not one couple alive today who clearly reflects submission/headship in such a way that makes sense to our culture or even to us within the church. However, there are individuals like Mother Theresa, William Wilberforce, Ann Judson and Dr Kent Brantley that reflect the love of Christ for His people far more clearly than Fred and Alice.

It all boils down to this. Women cannot be pastors and elders and no amount of allegorizing the marriages in our congregations will make it seem like anything more. Even the complementarians disagree amongst each other what submission means. If they disagree, how do they think our culture will get a clear view of supposed clear allegory?

I do believe that there is an innate suspicion that those who do not define it like the complementarian leaders do are compromising the faith.  Deep down inside, I do think they believe this is a primary issue. That is why they are spending so much time on it. Those in Acts 29 churches should be prepared to hear this teaching. When you do, ask the question. "What does this complementarian lifestyle look like?" Please let us know what they say.