"Evangelical Christianity is growing in America. From 2007 to 2014 the number of evangelicals in America rose from 59.8 million to 62.2 million, according to Pew." 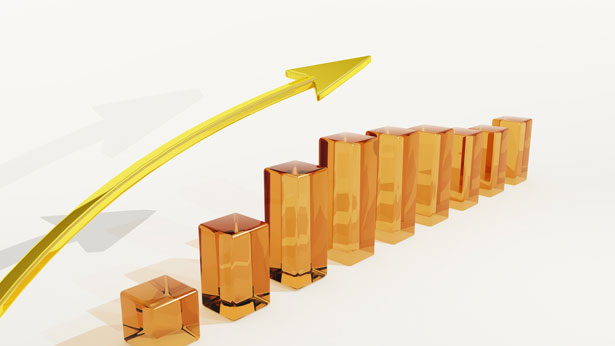 The Christian share of the U.S. population is declining, while the number of U.S. adults who do not identify with any organized religion is growing, according to an extensive new survey by the Pew Research Center. Moreover, these changes are taking place across the religious landscape, affecting all regions of the country and many demographic groups. While the drop in Christian affiliation is particularly pronounced among young adults, it is occurring among Americans of all ages. The same trends are seen among whites, blacks and Latinos; among both college graduates and adults with only a high school education; and among women as well as men.

You can explore the data on your own using the Pew Research Center's interactive database tool.

A new Pew Research Center survey found the Christian share of the American population declined almost 8 percentage points from 2007 to 2014. Drawing from this point, many continued their breathless claims that the Christian sky is falling.

Rather than predict the impending doom of the church in America, this latest study affirms what many researchers have said before. Christianity isn't collapsing; it's being clarified. Churches aren't emptying; rather, those who were Christian in name only are now categorically identifying their lack of Christian conviction and engagement.

Perhaps Stetzer was trying to deflect from the subtitle of the Pew Research report, which states:  Christians Decline Sharply as Share of Population; Unaffiliated and Other Faiths Continue to Grow.

Ed Stetzer when on to explain:

Gallup recently found that weekly religious attendance as a percentage of the U.S. population is about where it was in the 1940s — hardly a statistical collapse.

If you click on the above link, you will see why Stetzer did not call attention to the significant decline in weekly religious attendance from the 1950s until now.  According to the graph, there has been at least a 10 percent decline, and we contend that it won't improve any time soon, especially when one takes into consideration the serious problems with churches that we discuss here at TWW.

Stetzer then goes on to boast that the number of evangelicals has actually increased (see below):

the percentage of U.S. adults who self-identify as evangelical or born-again rose from 34 to 35% over the same period of time. Don't miss that: More than one-third of Americans call themselves evangelical.

We believe this claim is misleading.  Why?  We contend that the slight increase is due in part to mainline Christians moving over to the evangelical camp.

Stetzer concludes with this belief:

Nominal Christians are becoming the nones and convictional Christians remain committed. It is fair to say we are now experiencing a collapse, but it's not of Christianity. Instead, the free fall we find is within nominalism.

That's the real story of this data and one that needs to be told. The nominals are becoming the nones.

We couldn't disagree more with Stetzer's assessment.  We have heard from a lot of 'nones' here at TWW, and they are NOT nominal Christians.  Some of them have been disenfranchised from their churches due to no fault of their own.  Their Christian convictions remain intact; yet for one reason or another their leaders have failed them.  It's interesting that Stetzer sidesteps serious problems within Christianity.  He and many other Christian leaders continue to ignore the elephants in the room.  However, we WILL NOT.  We will continue to focus on the problems that we believe are causing a decline in Christianity (as pointed out by the Pew report).

Getting back to the findings of Pew Research, here are some of the observations they made:

Factors Behind the Changes in Americans’ Religious Identification

One of the most important factors in the declining share of Christians and the growth of the “nones” is generational replacement. As the Millennial generation enters adulthood, its members display much lower levels of religious affiliation, including less connection with Christian churches, than older generations. Fully 36% of young Millennials (those between the ages of 18 and 24) are religiously unaffiliated, as are 34% of older Millennials (ages 25-33). And fewer than six-in-ten Millennials identify with any branch of Christianity, compared with seven-in-ten or more among older generations, including Baby Boomers and Gen-Xers.

Also, we found these excerpts from the report interesting (although not surprising):

The percentage of college graduates who identify with Christianity has declined by nine percentage points since 2007 (from 73% to 64%). The Christian share of the population has declined by a similar amount among those with less than a college education (from 81% to 73%). Religious “nones” now constitute 24% of all college graduates (up from 17%) and 22% of those with less than a college degree (up from 16%).

Getting back to Ed Stetzer, perhaps he wanted to present the trends he sees in a positive light since the Southern Baptist Convention will be convening for its Annual Meeting next month.  The SBC has continued to decline since the conservative takeover in 1979.  Maybe Stetzer believes the SBC has hit rock bottom and will begin growing again since the number of evangelicals has increased (as he pointed out).

From our vantage point, we believe Christianity is in decline because of the serious problems we discuss here — arrogant church leadership, refusal to deal with child sex abuse in the church, patriarchal attitudes, marginalization of over half of church attendees (women), and the list goes on…

We believe that until church leaders step up to the plate and deal with these issues, Christianity will continue its downward spiral.

The Pew Research findings are quite extensive, and we would appreciate our readers sharing their take-away from the report.  What stood out to you and why?