"But, there is no third way. A church will either believe and teach that same-sex behaviors and relationships are sinful, or it will affirm them." 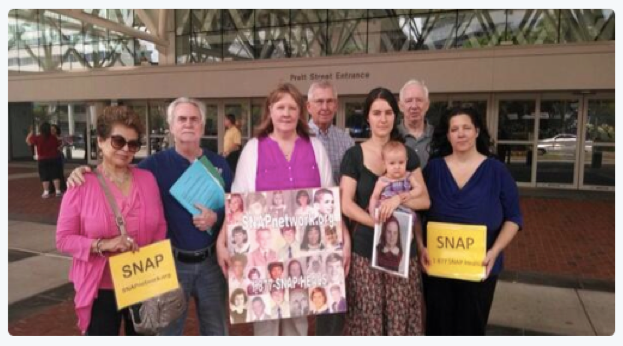 Five years ago Southern Baptists convened in Louisville for their Annual Meeting.  Something significant happened at that gathering, as explained by Bob Allen of the Associated Baptist Press.  In an article entitled SBC messengers sever ties with Texas church over gay members, Allen explains:

It took messengers to the Southern Baptist Convention annual meeting June 23 only 30 seconds to sever a 125-year relationship with a prominent Texas congregation because of the church’s perceived toleration of gay members.

Voting in the opening session of their annual meeting in Louisville, the messengers chose overwhelmingly to dismiss Broadway Baptist Church in Fort Worth. They did so on a recommendation the convention’s Executive Committee approved, without dissent, the day before.

The recommendation did not specifically mention homosexuality. But that issue has been the backdrop of controversy at the church since late 2007, when a dispute arose regarding whether to include pictures of same-sex couples alongside other families in the church’s membership directory.

The decision is the first time the SBC has ejected a church for violating a policy prohibiting affiliation with pro-gay churches despite the congregation's contention that it was not in violation of the rule.

Until this week, Dee and I were unaware that this vote had even taken place.  We launched TWW three months prior to that Louisville meeting; however, we were novices at blogging.  Not only that, I left Dee to fend for herself that week because I was chaperoning my daughter's choir as they toured France.  For a glimpse of what I was experiencing around the time of that SBC vote, here is the Capital City Girls Choir giving an impromptu performance at the American Cemetery Memorial in Normandy.  As the world marked the 70th anniversary of D-Day on June 6th, I reminisced about this unforgettable visit to the shores of Normandy.

Leading up to this year's annual meeting, Al Mohler, president of Southern Baptist Theological Seminary, published a post on his website entitled There is no 'third way – 'Southern Baptists Face a Moment of Decision (and so will you).  In that June 2 article, Mohler wrote:

Southern Baptists will be heading for Baltimore in just a few days, and the annual meeting of the Southern Baptist Convention is to be held in a city that has not hosted the convention since 1940. This time, Baptists attending the meeting will face an issue that would not have been imaginable just a few years ago, much less in 1940 — a congregation that affirms same-sex relationships.

Just days before the convention, news broke that a congregation in suburban Los Angeles has decided to affirm same-sex sexuality and relationships. In an hour-long video posted on the Internet, Pastor Danny Cortez explains his personal change of mind and position on the issue of homosexuality and same-sex relationships. He also addressed the same issues in a letter posted at Patheos.com.

In the letter, Cortez describes a sunny day at the beach in August of 2013 when “I realized I no longer believed in the traditional teachings regarding homosexuality.”

Shortly thereafter, he told his 15-year-old son that he “no longer believed what he used to believe.” His son responded with an even more direct word to his father: “Dad, I’m gay.” As Cortez writes, “My heart skipped a beat and I turned towards him and we gave one another the biggest and longest hug as we cried. And all I could tell him was that I loved him so much and that I accepted him just as he is.”

Instead of firing their pastor, the members of New Heart Community Church in La Mirada, California voted to take a “third way” on homosexuality, meaning they are neither welcoming and affirming gays nor judging church members who do so.

After explaining that this pastor-father made a radical shift in his position upon learning that his son was gay, Mohler made the following pronouncement:

But, there is no third way. A church will either believe and teach that same-sex behaviors and relationships are sinful, or it will affirm them. Eventually, every congregation in America will make a public declaration of its position on this issue. It is just a matter of time (and for most churches, not much time) before every congregation in the nation faces this test. . .

I am confident that the Southern Baptist Convention will act in accordance with its own convictions, confession of faith, and constitution when messengers to the Convention gather next week in Baltimore. But every single evangelical congregation, denomination, mission agency, school, and institution had better be ready to face the same challenge, for it will come quickly, and often from an unexpected source. Once it comes, there is no middle ground, and no “third way.”

There is little doubt what Mohler's agenda was at the 2014 SBC Annual Meeting.  He wanted the messengers to deal with this matter pronto!  Perhaps by making an example of this California congregation, the SBC could prevent other congregations from following suit.

It was no great surprise that former SBC vice president Wiley Drake, a messenger from California, was poised to present a motion about this matter as soon as the microphones were turned on.  He requested that convention officers impose discipline on any churches "which act to affirm, approve, or endorse homosexual behavior".

In response to this request, an order of business committee determined that Wiley Drake’s motion was not in order.  Furthermore, it was never reintroduced during the rest of the SBC meeting.

On the second day of the meeting, Wiley Drake tried to bring up the matter in a question he posed to Danny Akin following his president's report.  Interestingly, Al Mohler appears to have remained silent on this 'moment of decision' for the rest of the meeting.

Perhaps addressing the transgender issue was the most important matter to be resolved at this year's meeting.  Or perhaps there was something else that prevented the messengers from throwing out New Heart Community Church in the same manner they threw out Broadway Baptist Church in 2009.

What has made the difference five years later?

(1) There has been a HUGE outcry from bloggers calling attention to child sex abuse and those who appear to be covering it up.

(2) The Mohler / Mahaney friendship is troublesome now that Grant Layman (Mahaney's brother-in-law) has testified under oath that he knew about the sexual abuse of minors during the time that Mahaney was Senior Pastor of Covenant Life Church and did not report it to the proper authorities.

(3) There was an "Awareness Event" just outside the doors of the Baltimore Convention Center drawing attention to child sex abuse, particularly in the church.  Thanks to this wonderful group for the courage and compassion you displayed!

In fact, the Associated Baptist Press published a story the next day entitled Protestors say Southern Baptists not taking clergy sex abuse seriously.  We highly encourage you to read this article.

And if those theories aren't enough, Christa Brown at Stop Baptist Predators recently published lists of individuals and institutions that appear to be in collusion to cover up child sex abuse.

Perhaps they have put New Heart Community Church (NHCC) on the back burner until next year's gathering.  There's a new president – Ronnie Floyd – who has definitely not shied away from these kinds of discussions.  It is interesting that the state association says it wants NHCC to remain affiliated with the SBC unless the national leaders do something about it; and, of course, the national leaders did not do anything this year.  We believe Mohler's agenda (which was obviously presented in Wiley Drake's motion) got tabled for one or more of the reasons stated above.

Had the motion passed in 2014, there likely would have been a tremendous uproar from some of the messengers about the alleged mishandling of pedophile issues in some Southern Baptist churches.  Perhaps SBC leaders quickly realized that if they had made some big statement against NHCC, it would have opened up the door to the inevitable question of why they do not throw out churches that do not properly deal with child sex abuse.

Procedures appear to be changing within the SBC.  We have learned from one of our sources who attended the Baptist 21 luncheon and panel discussion that Al Mohler told those in attendance to call 911 immediately if they receive a report of alleged sex abuse.  He instructed them to get the authorities involved immediately and do not investigate it themselves.  Furthermore, Mohler told attendees that the issues of church discipline, counseling, etc. should wait until the investigation is done.  Finally, Mohler insisted – Calling the police in the case of child molestation is a “Gospel imperative”.

We are left wondering why Mohler suddenly went silent on an issue that just weeks before he had addressed head-on in a public forum.

What will happen at next year's SBC annual meeting regarding this matter?

It may depend on several things.

We'll have to wait and see…