"This attack was not initiated to right an ongoing wrong or to establish justice and purity; the critics have unwittingly joined the last-days, Satanic attack on God’s people to denigrate the very name of Christ."

Debi Pearl on the recent criticism of Bill Gothard 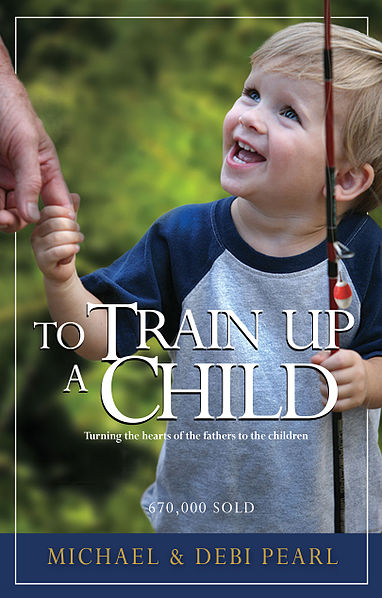 Last month Bill Gothard resigned from his long held post with the Institute in Basic Life Principles (IBLP).  This was due in large part the painful testimonies that were shared on a website called Recovering Grace.   We are grateful that a number of 'alleged' victims of Gothard and his highly legalistic training system are coming forward, and we expressed our support of their efforts in a post entitled Recovering Grace Confronts Bill Gothard.

It didn't take long for one of Gothard's 'cheerleaders' to come forward and defend him.  Debi Pearl, wife of Michael Pearl, issued a statement last week that included the following excerpt (as well as the quote at the top of the post):

Whose side are you on?

On Facebook last week I read these words: “I just rejoiced to see that huge ministry fall and I helped.”

I trembled as I read this. Shock, disbelief, and then sadness enveloped me as I realized it was not CNN with all their exaggerations, deceit, mockery and twisting of facts that brought an end to a work God used to set thousands of people free from bitterness, it was not the Homosexual websites coming together to launch war against an old man accused of things done over 35 years ago, limiting his ability to defend himself. No, it was a “Christian” website that asked believers to speak out if they had been hurt in anyway, and spew their bitterness so many could share in the rock throwing. Yes, you read it correctly, it was a Christian website propelled forward by Facebook and Twitter that defamed a ministry that helped millions come to know the Lord.

Her response is so predictable!  Satanic Attack?  Why would she make such an accusation?  We'll share our theory…

If you are not familiar with Michael and Debi Pearl, they published a book twenty years ago called To Train Up A Child, which they continue to publish and sell it.  In recent years, it has been purported that a number of children have died because their parents read To Train Up A Child and allegedly attempted to implement the Pearls' methods of discipline.

The Pearls claim that they do not advocate for harsh discipline as you will see in this segment which aired a few years ago on CNN.

We wrote an entire series on the Pearls, which included a three-part review of Train Up A Child.  Here are the posts we published.

A Review of To Train Up a Child by the Pearls

Spare the Rod, Spoil the Child and a Trip to Home Depot

Getting back to why Debi Pearl would come to Bill Gothard's defense, could it be that their ministry business is being negatively impacted by the recent accusations against Gothard?  Perhaps their profit-sharing program and books aren't as popular as they once were.  We are left wondering…

And if you're not famililar with Bill Gothard, we hope you will take the time to read a guest post that we published almost a year ago entitled A Mom Shares Her Regrets about Following Bill Gothard.  It's a heartbreaking story that is a must read.

Not only are the Pearls loyal to Bill Gothard, but Jim Bob and Michelle Duggar are as well.  In fact, the Duggars are currently promoting the Advanced Training Institute's (ATI) 'family conferences' on their website (see events).  More info here.  One just concluded about a week ago.  It appears that Bill Gothard and the Duggars have been friends for quite some time.  Here is an article that includes photos of the Duggars with Bill Gothard.  It is entitled:  Duggar Family Continues To Embrace Ministry Mentor On Their Website, Despite His Resignation Due To Sexual Harassment Allegations From More Than 35 Women

Our hearts break for those who have 'allegedly' been hurt by these individuals and/or organizations, and we dedicate this song (which would likely be condemned by Gothard) to them.

We will continue to follow the Bill Gothard debacle and bring you any updates.