"Whoever hits you on the cheek, offer him the other also…" 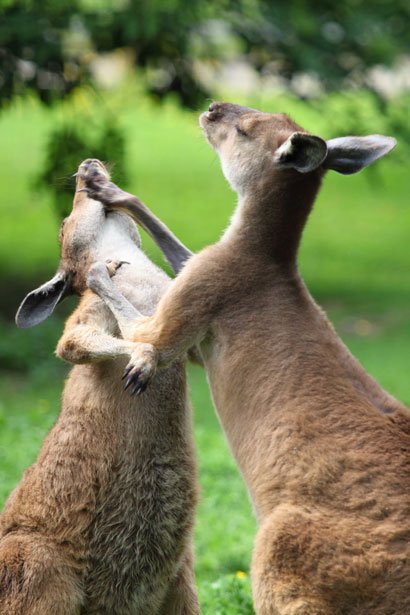 It was a long, cold winter for much of the United States; however, one congregation in Rochester, New York has discovered how to heat things up as they try to reach the lost for Jesus.

In recent years Victory Church has been garnering media attention because of its Mixed Martial Arts program.  And for the ladies, there's Fitness Chics.  The church also has other fitness training programs.  According to its website, Victory Church's mission and vision are as follows:

Reach the lost with his message.
Restore the fallen with his love and grace.
Train the next generation to do the same.

“We’ve been able to reach an awful lot of people that never would have walked into a normal church service before, but they’ll come over and do some fitness training or do some jiu-jitsu…”

You may remember that several years ago the UK's Daily Mail featured a story about Fight Church entitled:  The brutal world of evangelical Christians and Mixed Martial Arts revealed in new 'Fight Church' documentary (link)

This article revealed that a Kickstarter campaign had generated $30,000 in donations to fund a documentary that portrays a "growing relationship between Mixed Martial Arts (MMA) and Evangelical Christianity".  It further states:

And that is exactly what Junge has done.  The documentary will premiere at the Independent Film Festival of Boston, to be held on April 24.  Here is the official trailer.

Did you catch that line at the 1:30 mark –  "Mainstream Christianity has feminized men"?  And Mixed Martial Arts is the answer?

The Huffington Post has also published an article about this strange phenomenon.  It begins as follows:

The upcoming documentary "Fight Church" released its official trailer this week, and it provides a fascinating window into the unusual world of fighting pastors.

Directed by Bryan Storkel and Academy Award-winner Daniel Junge, the film examines the contradictory phenomenon of religious leaders practicing mixed martial arts (MMA), asking the question, "Can you love your neighbor as yourself and at the same time knee him in the face as hard as you can?"

Storkel and Junge told The Huffington Post that they became interested in the project after hearing about a pastor with a "fight ministry," and realized that there were hundreds of churches around the country used fights as a way of building community and attracting new congregants. "That's what was shocking to us," they said. Junge added, "Beyond churches that had formal or informal fight ministries, we discovered innumerable churches that included MMA as a component of a men's program."

The visual promo for this documentary (featured in the Huffington Post article) states:

And Gretchen Carlson, who now has her own gig on Fox News (called The Real Story w/ Gretchen Carlson), interviewed Paul Burress and Daniel Junge earlier this week.  On her Facebook page, Carlson posted this question:

Q: There’s a powerful new film, Fight Church, about pastors who practice mixed martial arts with their parishioners – in church! Should MMA fighting be allowed in church?

So far there are a handful of comments, with this one coming from a pastor:

Fight clubs have no place in church. The whole reason for "church" is fellowship with one another in order to worship and honor our Living God, Jesus Christ.  The Apostle Paul reminds us to "have no fellowship with the unfruitful works of darkness, but rather expose them." (Ephesians 5:11) The key word here is "unfruitful."  Boxing, football, or any other worldly pursuit doesn't honor God, but rather distracts us from a spiritual fellowship with Him.

We are greatly concerned about this physical expression of 'masculine Christianity' and believe it is harmful to the cause of Christ.  We want to encourage you to share your opinions both here and on Gretchen Carlson's Facebook page (at the above link).

We are left wondering what will be the next 'Christian' gimmick – POLE DANCING FOR JESUS?

We must be living in the end times.  😉