"I myself will tend my sheep and give them a place to lie down in peace, says the Sovereign Lord.  I will search for my lost ones who strayed away, and I will bring them safely home again. I will bandage the injured and strengthen the weak. But I will destroy those who are fat and powerful. I will feed them, yes—feed them justice!" 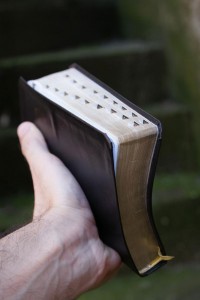 This afternoon the Defendants' attorney attempted to have the civil lawsuit dismissed.  The judge ruled that only two of the Plaintiffs are qualified to proceed with the lawsuit.  Nine of the plaintiffs were dismissed from the suit due to technicalities (more on that later).  Here is an excellent analysis by WJLA NewsChanel 8 of what happened in the Montgomery County courtroom.

It is vital to understand that the judge's ruling does not exonerate the defendants or speak to the actual charges included in the lawsuit.

The judge's decision was merely based on two legal technicalities:

(1) A question of jurisdiction

Here are some points to keep in mind:

– A criminal investigation is ongoing.

– There is the possibility of filing a civil lawsuit in a different jurisdiction.

– There may be some judicial ways of dealing with the statute of limitations.

Perhaps the most difficult aspect of this situation for the Defendants is that there is a cloud of grievous allegations hanging over them, and it is not going away any time soon.

Sovereign Grace Ministries, as a church planting network, will likely encounter problems in trying to establish new churches.  At this point, the ministry's future is just too uncertain.

At this juncture, nothing has been settled.  In fact, it's just beginning…