“If being a “new creature” in Christ means anything, it means being significantly different from us old creatures. If Jesus really sanctifies we should see more than mere anecdotes about lost wretches getting found; we should see vast differences between God, Inc. and Tobacco, Inc.”

“If you say, “But we knew nothing about this,” does not he who weighs the heart perceive it? Does not he who guards your life know it? Will he not repay everyone according to what they have done?”

I need to preface this post by saying all charges against Sovereign Grace Churches and the individual defendants listed in the “Second Amended Class Action Complaint” are alleged. While I believe the charges to be true, nothing has been proven in a court of law because the case was dismissed due to Statute of Limitations restrictions.

Also, be advised that this post contains screenshots of paragraphs in the “Second Amended Class Action Complaint” that graphically describe some of the alleged sexual abuse of children by Sovereign Grace Churches pastors and/or employees. If this information will trigger you I advise you not to read this post.

As background, to show how tight CJ Mahaney and John Loftness are, you may recall that CJ Mahaney fled Covenant Life Church first for a stint at Mark Dever’s church, and then to John Loftness’ church. 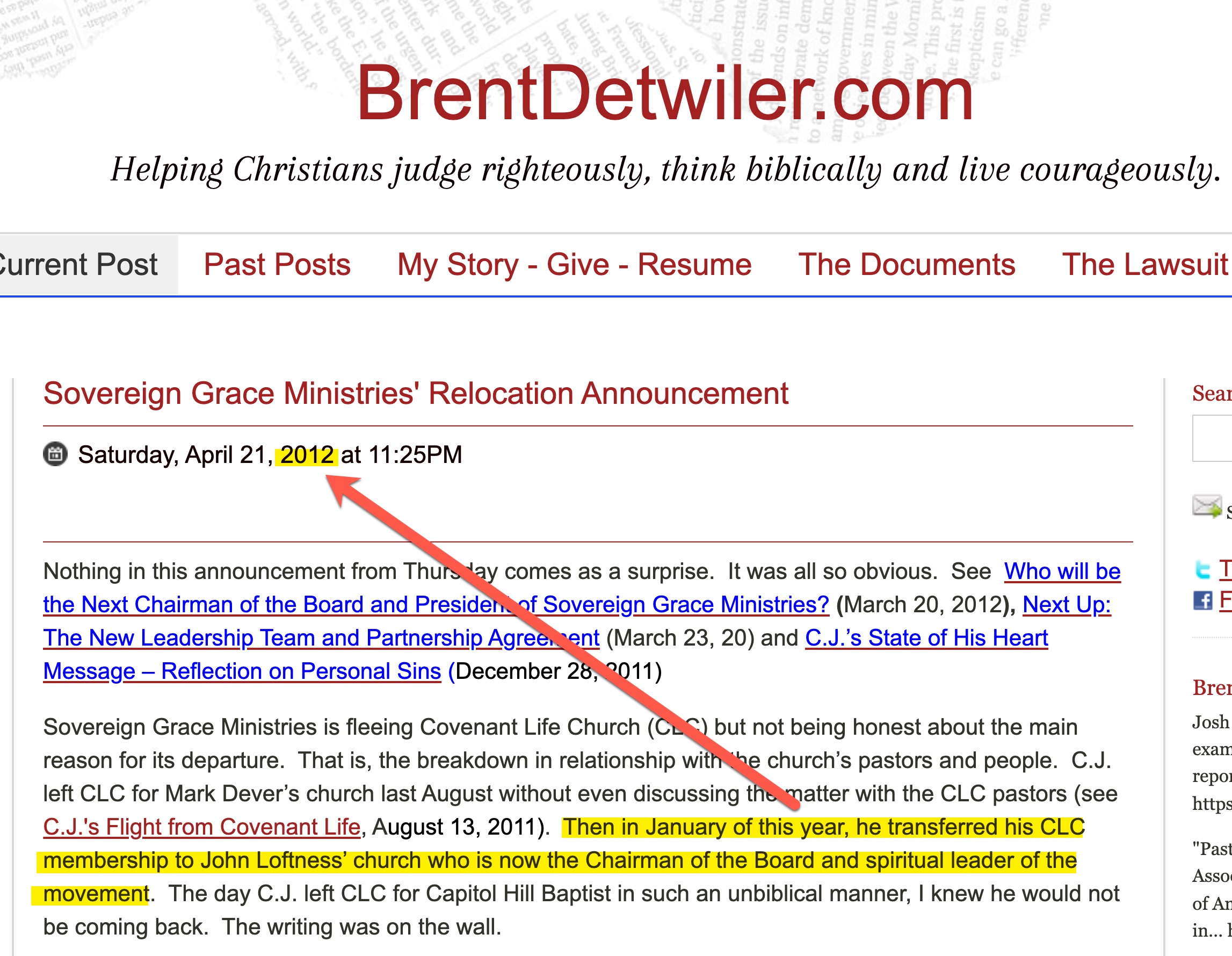 The short video below was taken from CJ Mahaney’s speech given at the SGC Pastor’s Conference on November 10, 2021. You should know that John Loftness and CJ Mahaney are close friends. The period Mahaney described in this video where he and John Loftness exchanged phone calls late in the night was likely between 2012-2014. The Second Amended Class Action Complaint was filed in May 2013 and former Sovereign Grace Ministries youth worker, Nathan Morales, was convicted of sexually abusing children in May 2014. It is my opinion that CJ Mahaney and John Loftness had many sleepless nights during this period as they worried about the possibility of being arrested. Indeed, Brent Detwiler has told me that officials from Montgomery County were in fact giving serious consideration to charging several individuals named as defendants in the Second Amended Class Action Complaint.

Not known to many outside of Sovereign Grace Churches is the fact that both CJ Mahaney and John Loftness are Regional leaders.  SGC leadership has kept this very quiet. Previously there was a list of the Regional leaders on the SGC website, but that list has been removed. Loftness has been a Regional leader since at least 2018 and Mahaney was made a Regional leader more recently (SGC actually added a new region just for Mahaney). The document below is from 2021.

Next is a video clip taken from Mark Prater’s blog this past Monday, January 24th. Prater is speaking about some SGC members that headed to the west coast to take part in an assessment to determine if they have what it takes to be church planters (that bar must be pretty low). One of the assessors that Mark Prater and Ben Kreps rave about is none other than alleged pedophile, John Loftness. Prater states that the assessors (John Loftness) are “men and women that we trust.”  Not to be outdone, Kreps stated, “when I learned who was doing the assessment I just thought this was excellent, excellent pastors and their wives that are trustworthy men, and I look forward to their evaluation. I think it’s going to serve us big time. It will be very helpful.”

Don’t look now boys, but your total lack of discernment is on display “big time.”

Below are the graphic paragraphs from the Second Amended Class Action Complaint I warned you about at the beginning of this post.

I am sure that after you read these you will be shocked, just as I was. How can John Loftness be a pastor of a church, much less a leader in a denomination?  Who is assessing the assessor? What kind of men would appoint an (alleged) pedophile to any position in any church? And not only appoint him to leadership, but praise him as a trustworthy and excellent man? And how much Kool-Aid does one have to swill to be a member in any SGC church with leadership like this in place?

It’s a ship of fools. 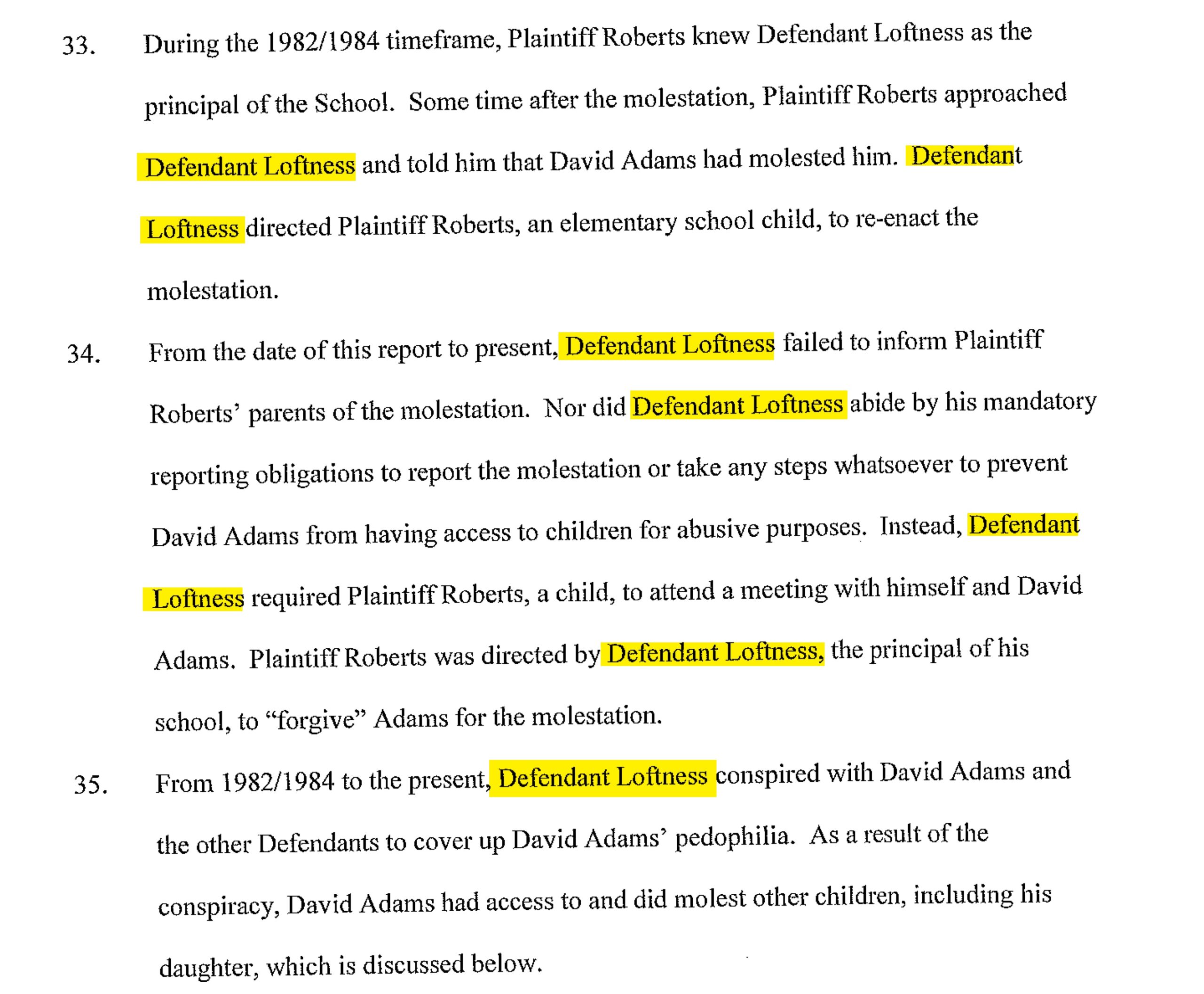 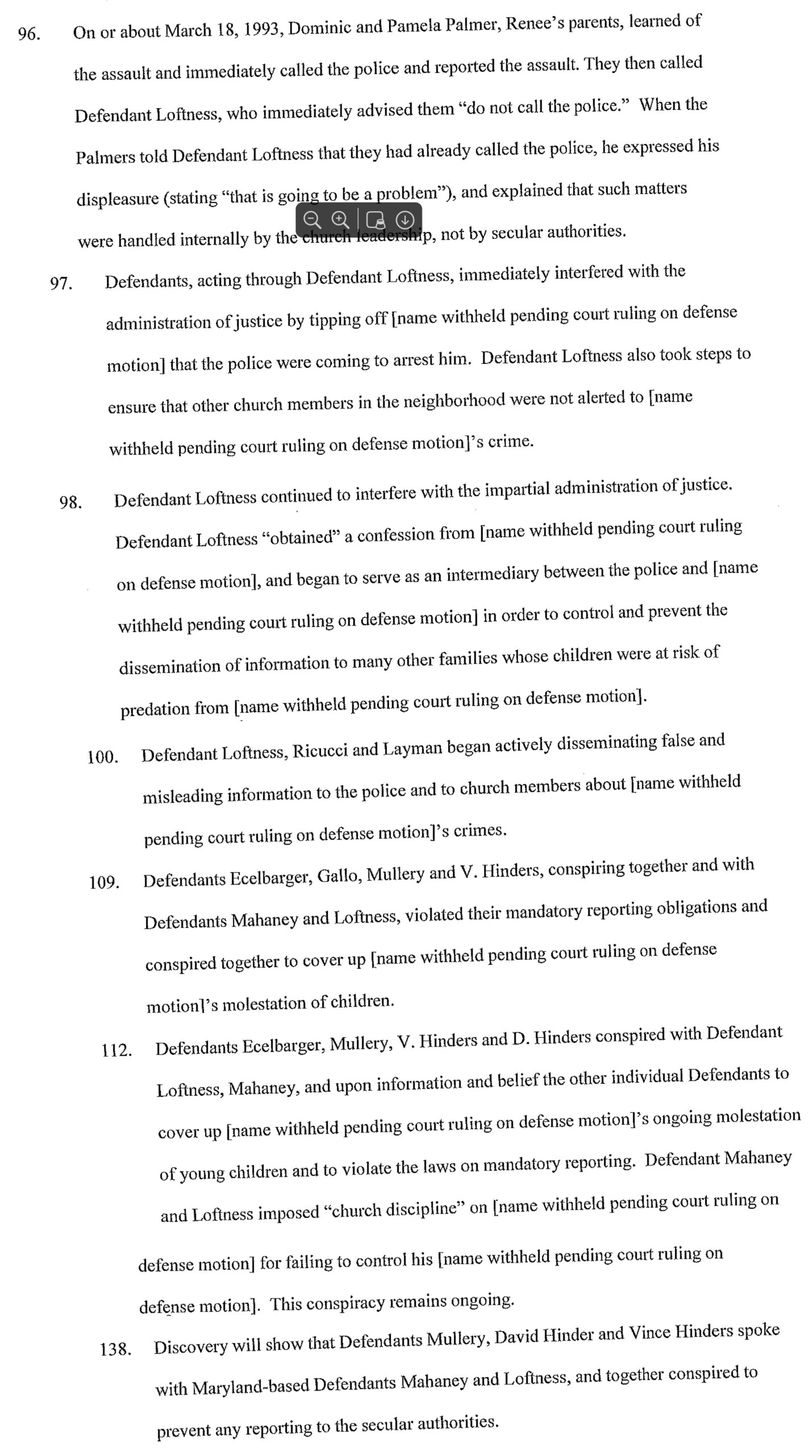