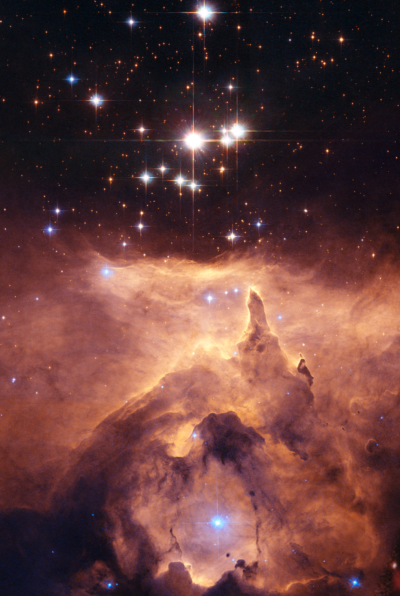 purposes of this post, I would I want you to envision a straight line. Place Tullian Tchividjian on the left side, just off the line. On the right side of the line, place the 9 Marxist Redeemer church. Place Wade Burleson on the line. Wade is one of the most loving pastors out there and he gets grace right. We all may differ a bit on how grace and obedience intermix but we should never be like the two following examples. 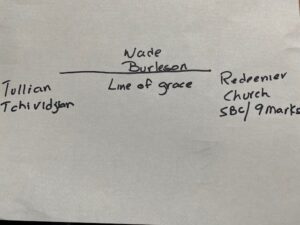 This post is intended to show how easy it is to fall off the grace spectrum. I define the grace spectrum as a line that thoughtful Christians move along. We all may disagree on where we stand on the line. I contend that some ministries or celebrities fall off the line and teach things that I don’t see in the Bible. I would contend that these groups teach things that are not in the Bible.

Tullian Tchividjian falls off the left end of the grace spectrum

First Things posted Tullian TCHIVIDJIAN’S UPSIDE DOWN CHRISTIANITY by Christopher Jackson. Jackson is a pastor in the Wisconsin Evangelical Lutheran Synod which is a conservative Lutheran synod. TT became the pastor of a church, The Sanctuary, which he started. he had to start his own unaffiliated church because he was defrocked by the PCA. The title of the post reflects TT’s theology which he defines as Upside Down Christianity. Here is what he says about his church from his website

The Sanctuary is a judgment-free zone where people can come as they are, not as they should be. A place to find love and laughter and hope and healing and acceptance and forgiveness and mercy and help. Sadly, churches tend to be the scariest places, rather than the safest places, for fallen people to fall down and for broken people to break down.

The Sanctuary strives to be different.

Except, TT and his church are not different in the least. TT is merely spouting theology gained from *Radical Lutheranism.* According to Jackson:

…twentieth-century Lutheran theologians Werner Elert and Gerhard Forde highly influence his writing and preaching. The Sanctuary defines its message as a Theology of the Cross, versus a Theology of Glory, a distinction that Forde mined from one of Luther’s early writings and then popularized in order to promote his program of “Radical Lutheranism.” This Radical Lutheranism informs Tchividjian’s combative stance against most churches.

Jackson says that TT’s combative stance against most churches is indicative that TT is being quite judgemental. Jackson continues:

Forde’s theology presents an even greater challenge to Christian unity: By reducing the task of theology to merely reminding people about grace, it leaves no room for other theological endeavors such as the pursuit of good works (Ephesians 2:10) and the mutual adoration of God (Ephesians 1:12), endeavors in which Christians often find unity and companionship even across confessional lines.

Tchividjian views other Christians as the enemy.

…in Tchividjian’s writing and preaching, as is often the case with those influenced by Radical Lutheranism, other Christians become the enemy.

Even worse, TT believes it is the immoral people who truly get God.

As Tchividjian said in a recent sermon, “It’s always the immoral person who gets the Gospel before the moral person.”

Most of us would agree that repentance involves recognizing one’s sin and attempting to bring restitution for those we have harmed. It is my opinion that TT has not truly repented. The Christian Post wrote: Back in the pulpit after scandal, Tullian Tchividjian insists sex with former congregants was not abuse. As we know, TT had multiple extramarital relationships with congregants. It is clear to most people that TT used his position of power and the pulpit to engage in several flings. However, he refuses to acknowledge this which is worrisome to sex abuse advocates. He is refusing to acknowledge what happened. He is unrepentant. He should never be in a pulpit again but I guess that’s the only way he knows how to earn money.

(he) rejected claims that he used his role as a pastor to inveigle the women into sexual relationships.

“I don’t care what role a person has, a consensual relationship between two adults is not abuse. And some of these people will try to make the case that, ‘Well, because you’re in a position of authority, it is abuse,’” Tchividjian said. “And I’ll go, ‘OK I can see how that has been and can be used by people in those positions.’ … (But) that just was not true for me. I was not abusing my authoritative role to try and find women.”

Rachel Steele, one of his victims, claims that she was coerced into a relationship with the randy pastor.

…she didn’t feel like their relationship was consensual even though she wanted to have sex with him.”

…She argues that she was groomed and he did abuse his position as her pastor.

Tchividjian …had been offering her and her now ex-husband marriage advice she considered counseling.He was my spiritual leader. You know, he was my go-to. He was my teacher. … He definitely had a place of authority in my life,” Steele told the publication. “You trust a man like that a lot more.

It appears to me that TT is using old, worn-out, and rejected theological musings of *radical Lutheranism* to excuse himself from facing what he did by dishonoring his calling. He divorced his wife and married one of his hookups who has had two other marriages and a child born outside of marriage. It is interesting that he chose another seemingly vulnerable woman to marry. Sadly, I predict that TT is headed for another crash and burn.

TT is playing with the definition of grace. There is a reason that the theologians he is following are not accepted in the conservative Lutheran synods. It is because TT preaches what Dietrich Bonhoeffer called *cheap grace.* This is a long quote but worth the read. It describes TT to a tee. TT is off the grace spectrum.

Cheap grace means grace sold on the market like cheapjacks’ wares. The sacraments, the forgiveness of sin, and the consolations of religion are thrown away at cut prices. Grace is represented as the Church’s inexhaustible treasury, from which she showers blessings with generous hands, without asking questions or fixing limits. Grace without price; grace without cost! The essence of grace, we suppose, is that the account has been paid in advance; and, because it has been paid, everything can be had for nothing. Since the cost was infinite, the possibilities of using and spending it are infinite. What would grace be if it were not cheap?…

Costly grace is the treasure hidden in the field; for the sake of it a man will go and sell all that he has. It is the pearl of great price to buy which the merchant will sell all his goods. It is the kingly rule of Christ, for whose sake a man will pluck out the eye which causes him to stumble; it is the call of Jesus Christ at which the disciple leaves his nets and follows him.

Costly grace is the gospel which must be sought again and again, the gift which must be asked for, the door at which a man must knock.

Redeemer Church, Fort Worth, falls off the right side of the grace spectrum.

I have found that churches associated with 9 Marks, TGC, T4G,  SBTS, SEBTS, etc. appear to believe that we can control our sin if we try really hard and rigidly discipline members. Todd Wilhelm wrote a post in which he demonstrated the foolish nature of this Redeemer Church and their view on sinful behavior. Immature Elders Continue to Abuse Excommunication.

This church reminds me of CJ Mahaney and Sovereign Grace which came up with all sorts of sins to punish, including *sinfully craving answers.” This church reminds me of my former pastor who often spoke of church leadership who *cooked the books* to punish sins of which they believed they were not guilty. In this ridiculous church, here are a few things the leadership was upset about.

The pastors said that his careless, aggressive words revealed a harsh and judgemental spirit. They even claimed that he was in sin in the past even though they had never conveyed he was in sin. They couldn’t even define what those past sins were.

Can Dee translate what these thin-skinned pastors were really saying?  “You hurt our feelings.” Frankly, these guys can make up sins quicker than CJ Mahaney. The people in this church are in trouble. You see, the leaders are beginning to discipline small sins since small sins become big sins. They have fallen off the grace spectrum on the right side.

Folks, take this as a warning. Everyone commits small sins every day. If these leaders are planning to discipline folks for all of these small sins, these pastors will be working 24/7. I have a better idea. I suggest that the pastors and elders go first. Let the congregation discipline their *small sins.* I bet that would be quite revealing and rather fascinating.

Time to pack up the babies and head for the hills.