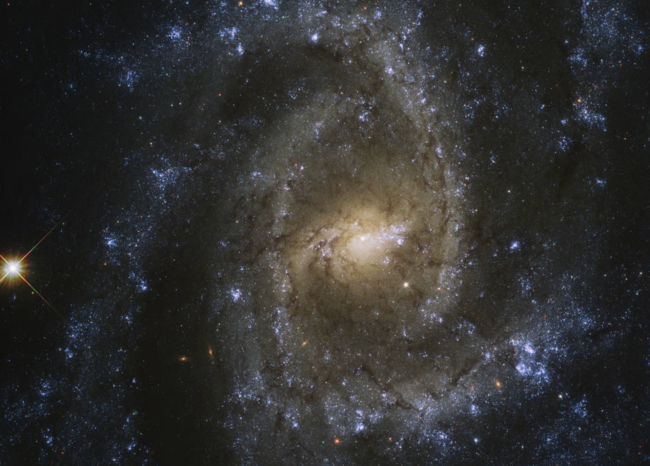 “We no longer live in a world of nations and ideologies. The world is a college of corporations, inexorably determined by the immutable bylaws of business…There is no America. There is no democracy. There is only IBM, and ITT, and AT&T, and DuPont, Dow, Union Carbide, and Exxon. Those are the nations of the world today.” –Paddy Chayefsky

As soon as one of my church hired a true blue Calvinista, I knew we would be leaving the church. This thoughtful church became a hotbed of Mark Driscoll, CJ Mahaney, and John Piper.(In other words, creepy.) Several of the elders were Calvinistas and were obviously pushing the typical agenda. We decided it would be interesting to stick around for a while to watch the goings-on. The leaders joined The Gospel Coalition without notifying the congregation and got bent out of shape when I mentioned that they were supposed to inform the congregation. Of course, they joined anyway. (The new pastor was so excited. TGC published his article.) Needless to say, when the new pastor asked to meet with us, we said we were resigning and would not be meeting. However, my time there was instructive.

For example, as soon as he settled into his office, he immediately moved to change the church constitution and bylaws. Almost every person who has experienced a negative church takeover has remarked to me about the quick change of the bylaws. So why is that?

The courts and the church

The courts avoid getting involved in internal church decisions. Jeff Anderson, the well-known attorney who has sued on behalf of those sexually abused in the Catholic church, told me that it is next to impossible to sue a church that kicks out a member.

Except if they violate the bylaws…

Many churches become 501c3 organizations. This means that church or organization is recognized by the Internal Revenue Service as a tax-exempt, charitable organization. Why should a church do this? According to aplos in 501(c)(3) Tax-Exempt Status: Is It Right For Your Church?:

While becoming a 501(c)(3) church is not a necessity, it does have benefits.

According to Cullinane Law in Nonprofit Law Basics: What is the difference between nonprofit articles of incorporation and bylaws?

Nonprofits that seek 501(c)(3) tax-exempt status from the IRS need to have bylaws in place, since the IRS asks for a copy of its internal governing documents to be included in the application packet.

Here are some things that are necessary for bylaws: (see above article for more.)

Folks, do you know what this means? If your church has bylaws, it must follow those bylaws. If the church violates those bylaws, they can be (and more than you might imagine) legally challenged.

What happened to one church which violated their bylaws.

A church in Idaho ran afoul of the law in the selection of a pastor, the resignation of two members, and in the calling of a special meeting. Reading between the lines, I bet there was an all-out church war. The dissidents took it to the courts. Let’s take a look at the issue surrounding the hiring of a pastor. Here is one of their bylaws on the selection of the pastor in that Idaho church.

After the voting membership has had an opportunity to review all candidates set forth by the board of directors, a special meeting will be called and a vote will be taken, with a majority vote required for the final appointment of the new senior pastor.

Except, the church didn’t stick to their bylaws. The court ruled against the church’s actions.

The court noted that there was no evidence that the pastor was ever voted on by the membership. Rather, the only evidence was that he had been asked when meeting with the church board if he would be interested in serving as pastor, and he replied that he was. The court concluded that “this was not sufficient evidence for a finding that he was properly appointed as the senior pastor.” Because there was no evidence that the bylaws were complied with, the pastor’s appointment was not valid.

The court defined the bylaws as a contract among the members:

The court stressed that the bylaws of a corporation are “equivalent to contracts among the members” and are binding on its members, and therefore “actions taken in violation of a corporation’s bylaws are void.”

How does a member resign from responsibility in the church?

Readers of this blog know that I always stress than any resignation in the church must be done in writing and sent by certified mail. In this instance in the church in Idaho, two members of the board vocally resigned. Remember, in this instance, the board is overseeing the church and the church is obviously in turmoil. I would imagine the board members were afraid that they would be the subject of a lawsuit. According to the courts, they didn’t legally resign.

The court quoted the following provision in the state nonprofit corporation law: “A director may resign at any time by delivering written notice to the board of directors, its chairman, or the corporation.” I.C. § 30-3-69(1).

The court explained: “Although a director may resign at any time, the exclusive method for doing so is by delivering written notice… .” The court noted that neither of the two board members who allegedly resigned “ever submitted a written resignation. Accordingly, there is no evidence to support the … [conclusion that they had resigned.]”

They were still members of the board until they resigned according to their bylaws.

They also screwed up calling a special meeting as well but you can read about it at the above link.

Do you know what’s in your church’s bylaws? Are you sure they can kick people out of the church?

On any given day, within the 50 states, thousands of churches are in court because of disputes between members and leaders

He makes an important point. Members of the church are increasingly using the courts to settle church disputes. Here is one example.

These disputes usually begin with personality differences, but often times end up with both parties having to look at the details of the church’s bylaws.  Such was the case with a church in Ohio whose pastor chose to change the time of the church’s annual business meeting.  When some disgruntled members disagreed with his decision and noticed it was inconsistent with their bylaws, they sued the pastor.  The court, in keeping with the church’s bylaws, invalidated the meeting because the pastor did not follow the procedures stated therein.

He lists some important things in the bylaws that are often overlooked.

The two that caught my eye were removing members and annual audits.

First of all, the states require it.  Not doing it can invalidate the members of the board including the pastor/president.

The procedure used must be exactly as described in the bylaws. Did you know that the largest source of church disputes concerns such matters and the provisions of the bylaws regarding how this is handled? Never assume that a church member living in unrepentant sin will go down quietly. You may not even have a procedure for removal, which means you may not even be allowed to remove a member once he/she has been added to membership. If that provision is missing, you need to amend the bylaws.

What should the average pew sitter know about the bylaws?

Take your bylaws seriously if you care about your church and your well being.

I hate looking at the jot and tittle of the law. However, in the church I mentioned at the beginning of the article, I finally discovered why the takeover crowd loves bylaws and constitutions. They use these to consolidate their power. Find out what the bylaws say about the removal of a member. Demand they define exactly what they plan to discipline. (They won’t like you!)

Never forget. If things are going downhill, you can resign anytime you want. Just do it in writing and send it by certified mail. You can quit even when they are disciplining you, even if they say you can’t. I’m sure some judge would love to hear how you were disciplined fand removed or sinfully craving answers.