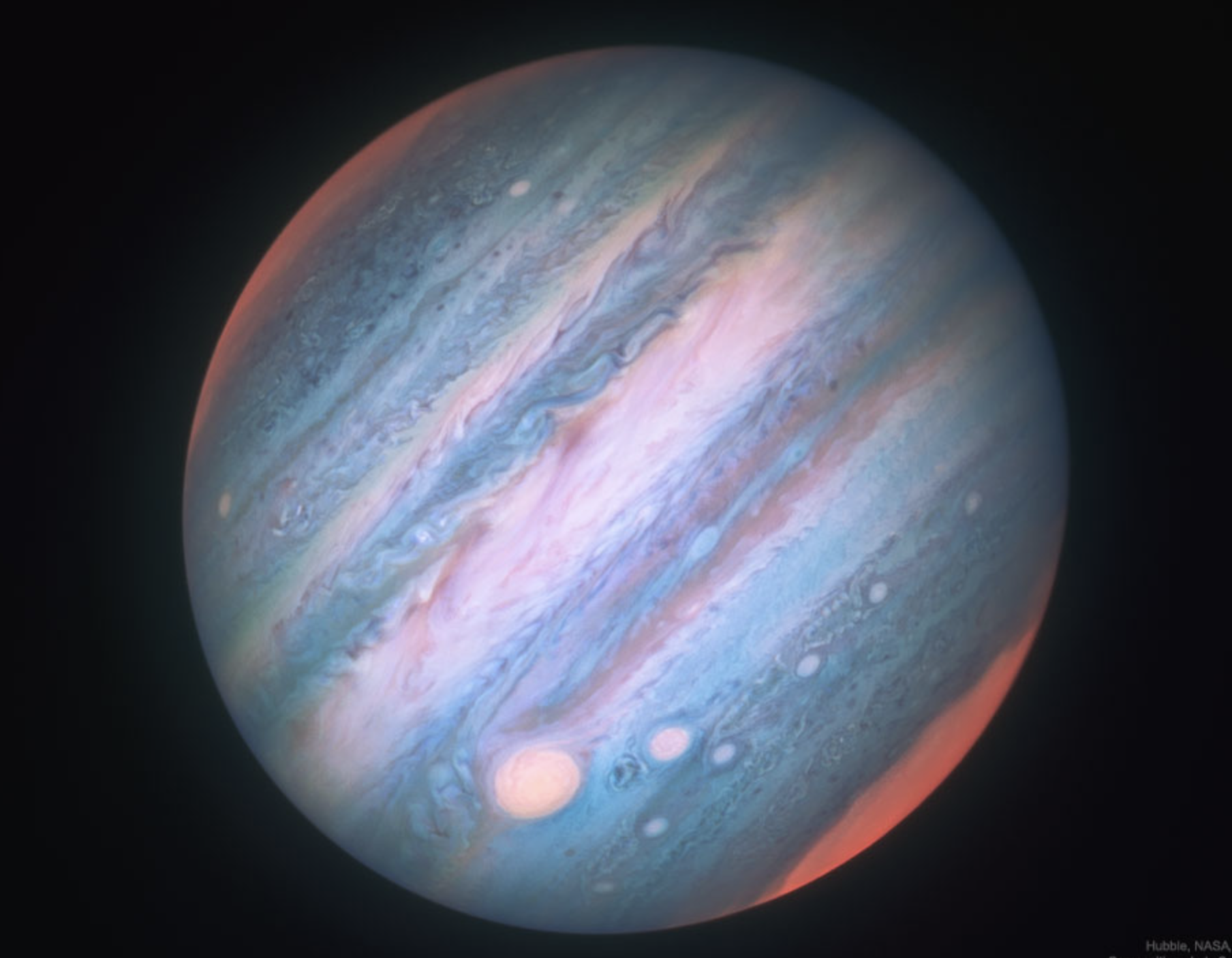 Jupiter in Infrared from Hubble: NASA Astronomy Picture of the Day

“Don’t let out your true behaviour in the public, even if you were born nasty, make others feel you were well bred.” ― Michael Bassey Johnson

In 2014, TWW posted Dave Ramsey and Russell Moore – Trying to Silence the Lambs?

This post was based on an article in the Daily Beast: Spies, Cash, and Fear: Inside Christian Money Guru Dave Ramsey’s Social Media Witch Hunt.

I have heard rumors for years that Ramsey *reaches out* to those who might speak about him in a critical way, especially if they used to work for him. I’ve been waiting for some followup to that 2014 article. I knew it would eventually happen. Sure enough, a few days ago, Nashville Scene posted: Deposition: Yes, Dave Ramsey Pulled Out a Gun in a Staff Meeting.

The article refers to this incident in the 2014 Daily Beast article quote in my original post.

The story was bonkers. But the most shocking allegation in the piece came by way of a quote from an anonymous former employee: “This is the guy who once pulled a loaded pistol out of a gift bag to teach us a lesson about gossip,” they said. “It was bizarre, even for Ramsey.

Apparently, this *bizarre* incident has been confirmed by a long time Ramsey employee, Jack Boone Gallaway Jr. It appears that Ramsey, out there making sure that gossip about him is stopped, has sued Kevin Paffrath, a real estate agent who criticized Ramsey on You Tube. The actual videos at the center of the dispute have been removed (I don’t know if this is temporary or not) but you can see his You Tube page with other mentions of Ramsey here.

Here is a link to the lawsuit against Paffrath.

The Nashville Scene makes mention that Paffrath’s Nashville attorney, Daniel Horowitz, appears to know something about SLAPP lawsuits. TWW’s good friend, Julie Anne Smith, successfully won her anti-SLAPP lawsuit against her former pastor who decided to sue her for leaving a negative comment on social media.

Here is a good article that explains “What is a SLAPP.”

SLAPPs are used to silence and harass critics by forcing them to spend money to defend these baseless suits.  SLAPP filers don’t go to court to seek justice.  Rather, SLAPPS are intended to intimidate those who disagree with them or their activities by draining the target’s financial resources.

SLAPPs are effective because even a meritless lawsuit can take years and many thousands of dollars to defend.  To end or prevent a SLAPP, those who speak out on issues of public interest frequently agree to muzzle themselves, apologize, or “correct” statements.

In this situation, Ramsey is very, very well off and presumably has plenty money to throw at a critic to keep them quiet.

Here is Nashville Scene’s report from the deposition.(Remember, lying under oath, even in a deposition is a serious offense, often leading to jail time.)

[Horwitz]: Has Dave Ramsey ever pulled a gun out of a bag to try to teach a lesson about gossip?

MR. BUNDREN:· Objection, harassing, and relevance.· We’re getting pretty far afield from the claims made in this case. If we need to call the Judge, we will so I wouldn’t spend much time on this. You can answer.

Apparently, this is another question that Horowitz want answered.

Horwitz asks Galloway if Ramsey has “ever offered a cash bounty for information related to criticism of him online.” Bundren objects, instructs Galloway not to answer the question and says he’ll call the court to ask a judge to sustain his objection if questioning of that sort continues.

So, I am left with some questions.