"We are not the evangelical complementarian society…" 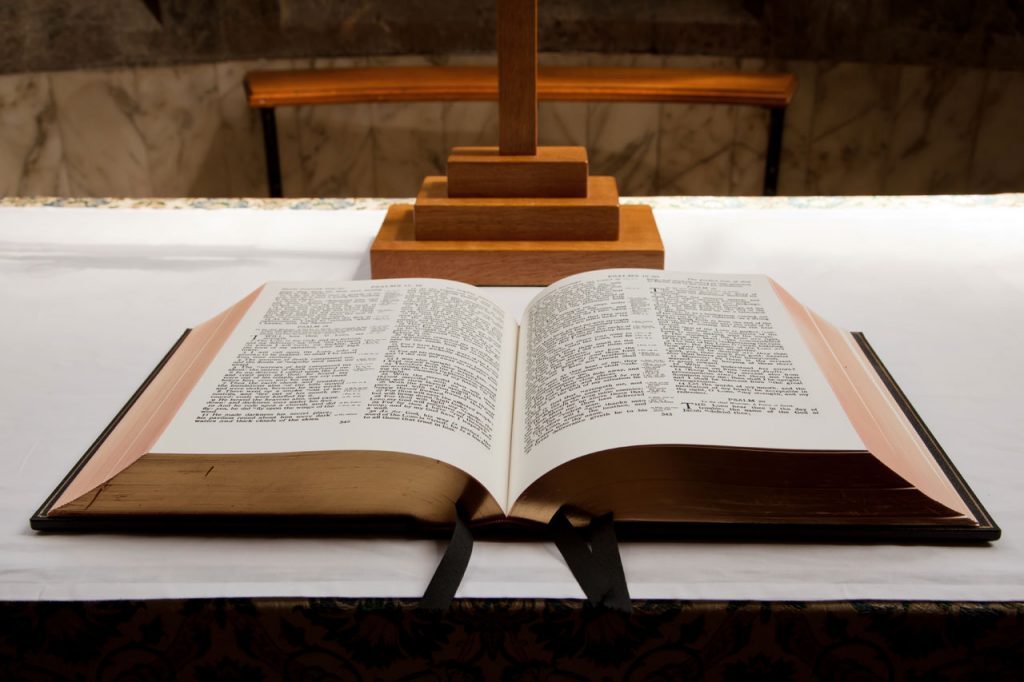 Given the controversy about "The Trinity" that ensued prior to the recent Evangelical Theological Society meeting, we are perplexed by the apparent lack of coverage in the wake of last week's gathering.  When the presentations and panel discussions become available in early December, we plan to report on some of them.

In the meantime, we are grateful that two attendees chimed in on our blog with their observations.  See comments below link and link.

When Dee and her family were living in Dallas, she and her husband became friends with Dan Wallace and his wife.  Is God sovereign or what?  I plan to transcribe some of what ETS President Daniel Wallace said when his presentation becomes available online.  Sounds like he took a very public stand against complementarians that was LONG OVERDUE.

Scot McKnight has also taken the complementarians in the ETS to task in in his post Alarms in ETS about a Complementarian Conspiracy, in which he describes how complementarians sought to carry out their agenda of marginializing egalitarians at the 2015 ETS Meeting.  His post begins as follows:

Last year at The Evangelical Theological Society annual meeting (ETS) some wily moves were made by some wily folks who planned in advance to pass some resolutions that would set a precedent to enhance complementarianism, slow down egalitarianism, and press onto the platform a way of doing business that had more than a few concerned. Many spoke with me about it and were more than saddened by the process and seeming power at work.

When the history of late 20th and early 21st Century evangelicalism is finally written, one of the most embarrassing stories will be the way male leaders behaved and sought to control all voices — mostly after meeting behind closed doors, in seeking to control who gets published and where, and who was chosen to speak so that a who-under-control would say what-was-controlled. Often those who are in control are taking the least amount of heat for this embarrassing way of powermongering.

McKnight then explained how Stan Gundry sent a warning to the Evangelical Theological Society that the resolutions put forth in 2015 "contradict what the ETS is about and what its Doctrinal Basis is designed to do and not to do. He has suggested, too, that there is a complementarian conspiracy at work."

That may sound like a serious charge, but given how we have seen the Calvinista crowd operate over the years, can there be any doubt that they want total control of the ETS?  In our TWW post entitled History of Complementarianism – Part 1, there is no doubt in our minds that Wayne Grudem's intent was to gain complete control of the ETS, and over the past 20 years he and his cohorts have systematically worked to have certain individuals in their camp nominated to key leadership positions (not unlike how the Neo-Cals have overtaken the Southern Baptist Convention by securing key leadership positions).

Stanley N. Gundry, who served as ETS president in 1978 submitted an open letter to the members of the Evangelical Theological Society, which was published in the 2016 ETS Newsletter. (see screen shots below) 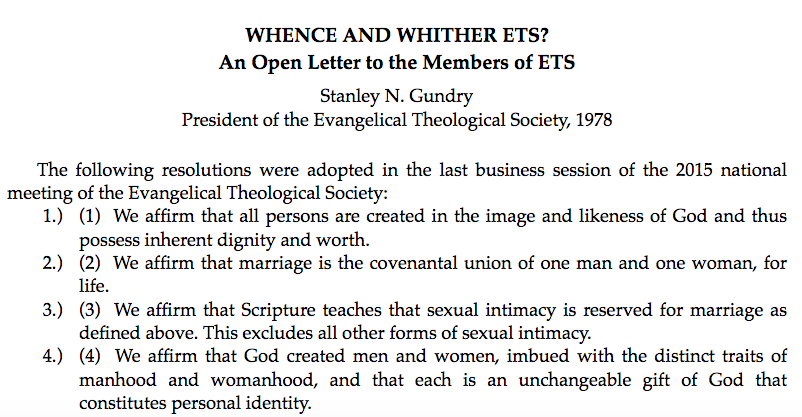 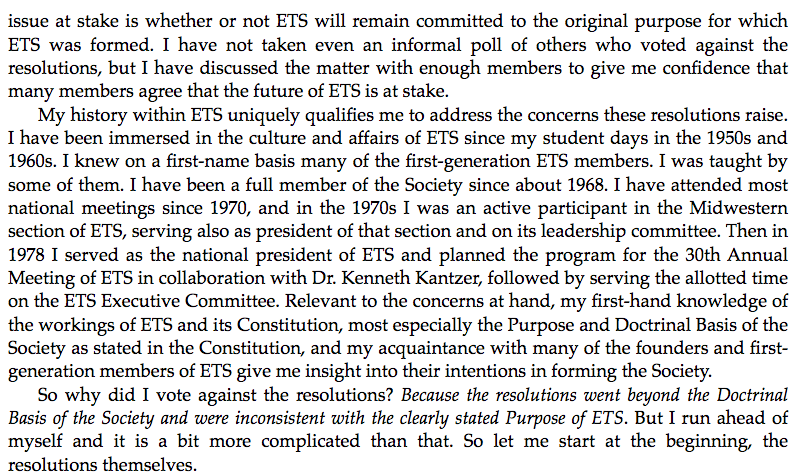 Gundrey went on to explain what bothers him about these resolutions, and the remainder of his open letter is well worth the read (link).  He then speculated whether there is a plan in the works to…

Roger Olson also featured Stan Gundry's Open Letter to the ETS in a post on his website.

Finally, Michelle Van Loon recently wrote a post entitled The Layperson and ETS.  She made some excellent points, and we will let her have the final word…  (see screen shots below) 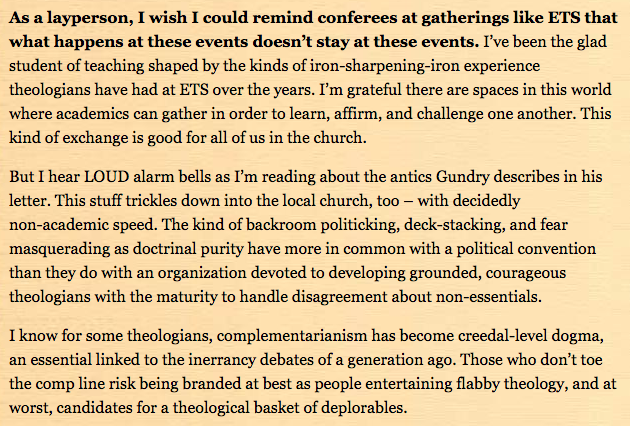 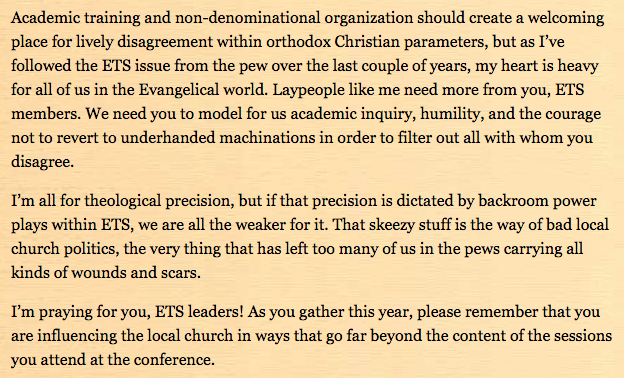 We will have much more on the Evangelical Theological Society in future posts.  After all, when the complementarians are attempting to influence a large number of Bible scholars, that's no small matter…