"There are three persons in this one divine essence, equal in power and alike eternal ." 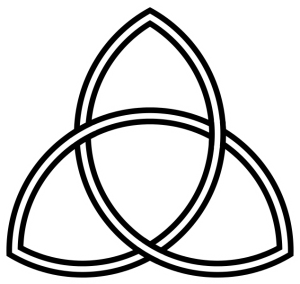 The Evangelical Theological Society convened in San Antonio this week (November 15-17) for its 68th annual meeting.  What made this gathering noteworthy was its theme – The Trinity.  Even though this topic had been decided upon some years ago, we believe it is a clear demonstration of divine providence that this would be the year for theologians to discuss such a hot button issue.

Denny Burk, president of the Council on Biblical Manhood and Womanhood, provided the following information about the speakers and the topics to be discussed (see below).

The Plenary addresses will feature:

Wayne Grudem's topic – "Why a Denial of the Son's Eternal Submission Threatens both the Trinity and the Bible" – definitely caught our attention.  You may recall that back in early June there were a couple of guest posts by Dr. Liam Goligher featured on the Mortification of Spin website that caused some fireworks across the blogosphere.  Here are those posts in case you missed them:

Is It O.K. to Teach a Complementarianism Based on Eternal Submission? (link)

Here at TWW, we did our best to get this information out to our readers with these posts:

Unorthodox Views on the Trinity – Round Two (link)

Wayne Grudem quickly responded to Goligher with this article posted on the CBMW website: Whose Position on the Trinity is Really New?

Al Mohler responded toward the end of June with this article:  Heresy and Humility Lessons from a Current Controversy.

Then the BR article states:

Though the debate seems to have subsided, “the Trinity” is slated as the theme of ETS’s annual meeting in San Antonio, Texas, Nov. 15-17, with three plenary addresses and at least 19 sessions devoted to various facets of the doctrine.

The internet discussions regarding the ESS controversy have been extensive, and we were anxious to see how it would be addressed at the ETS meeting, which ended yesterday.  I (Deb) have done countless searches trying to discover what occurred and have basically come up with nothing.  Perhaps next week those who have in years past reported on ETS gatherings will provide a summary of what occurred, and we will be sure to share that information with you.

FYI, the recordings should be available by December 1, according to this website.

I have been able to listen to a panel discussion on the Trinity and Gender, sponsored by Southwestern Baptist Theological Seminary.  Participants were (pictured left to right):  Bruce Ware, Matthew Emerson. Malcolm Yarnell, Wayne Grudem, Fred Sanders, Paige Patterson, and Evan Lenow.

This is the only part of the three-day event that I (Deb) have been able to hear, and I will attempt to summarize what was discussed by these panelists in our upcoming post.