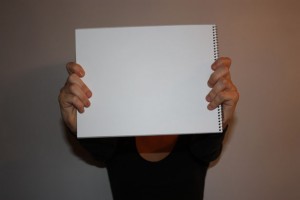 Approximately 15 years ago, I began to hear rumblings about the need to protect churches from lawsuits. These lawsuits, in particular, focused on people who were "under discipline" from churches. At the time, the cases I heard about involved things like men leaving their families and shacking up with a trophy honey or people who conned church members into illegal Ponzi schemes. In other words, really bad stuff.

Discussions ensued on the best way to protect churches. The idea of church covenants gained ground. Your "former Pollyanna" blog queen was still in her "good churches rarely do wrong" phase. I agreed with the idea of the church being protected against litigation when they dealt with such issues. What I didn't understand, at the time, was that many churches do not limit their discipline to over the top circumstances as I have described.

These covenants would include an assertion that the member who signed it would allow the church to proceed with church discipline when warranted. However, watch that phrase "warranted." I have read over 30 covenants of many well known churches. TWW has had readers send us covenants and asked us our opinion of them. I have yet to read one that delineates the parameters of sin that would constitute church discipline.

What do we mean by parameters? The Bible is replete with examples of sin. Sin ranges from gossip to pride to murder. How does a church pick and choose which sin will be dealt with by a church discipline scenario? In other words, in our society, we have laws that clearly (well usually) outline negative behavior which breaks the law and the parameters of punishment for said (and proven beyond a shadow of doubt) behavior. For example, if I drive 15 miles over the speed limit, certain penalties will be applied to my driving record. In fact, I can lose my license if I continue recklessly disobeying the law.

However, no church covenant, which I shall begin to call a contract from this point, outlines sins and consequences. We wrote a post on this problem called Church Discipline Is Ill-Defined.

We have received a number of comments from church pastors who claim that these contracts are not primarily intended to prevent lawsuits. We adamantly disagree and hope to prove it to you.

9 Marks is known for its devotion to the practice of church discipline. I found this post, Informed Consent, written by Ken Sande, on the 9 Marks website. (Link corrected by GBTC Oct 4, 2017) According to Peacemakers

Ken Sande is the founder of Peacemaker Ministries and president of a new ministry, Relational Wisdom 360. Trained as a mechanical engineer and lawyer

Ken Sande is well regarded by church leaders and such groups as Sovereign Grace Ministries. It appears to us that they market their organization primarily to church leaders which could appear to bias their ministry in favor of leadership. Peacemakers has this to say about their ministry

Peacemaker Ministries was founded in 1982 by a group of pastors, lawyers, and business people who wanted to encourage and assist Christians to respond to conflict biblically.

Since then we have developed educational resources, seminars, and conciliation training to help Christians learn how to serve God as peacemakers in the conflicts they encounter in everyday life.

Back to the 9 Marks post, Informed Consent, written by Attorney Sande. This post was subtitled Biblical and Legal Protection for Church Discipline. I highly recommend that you read the entire post to flesh out the points I am raising. Atty.Sande begins his post by backing up the history I presented earlier.

Therefore, when a church begins the process of exercising formal, biblical discipline, it will often receive a letter from the member's attorney threatening to sue the church for defamation, invasion of privacy, and intentional infliction of emotional distress. Many church leaders who would not back down have found themselves forced into court, subjected to days of humiliating cross-examina­tion, and shocked to see juries penalize their churches with six-figure damages awards. This trend was triggered by the Guinn case in 1984, which resulted in a $400,000 judgment against a church and its leaders, and has continued to grow for twenty-five years.

He now emphasizes the need to prevent lawsuits while at the same time continuing with church discipline. As you continue to read the quotes from Atty Sande, note that he only mentions one sin that should be disciplined. He does not provide any further examples and leaves it open ended. I believe that this is intentional. In other words, he wants to give churches maximum leeway to define what they will, and will not, punish. Therein lies the rub.

Instead, churches must act with such wisdom and integrity that they will prevent lawsuits from being filed in the first place.

He emphasizes that the church must be able to prove to the court that said disciplined person knew that they were subject to church discipline when they joined the church. He says the church must develop a comprehensive policy to demonstrate how they will impose discipline on members.

… a church needs to be able to prove to a court that the person complaining of a wrong was in fact fully aware of the church's policies and procedures and knowingly agreed to be bound by them.

Atty Sande says that the church must declare its right to punish wayward members. However, he uses the euphemism "rescue the wayward member." He stresses the need to be specific. TWW and a number of our readers have reported on instances of churches imposing discipline even after a person leaves the church. We believe that many churches are heeding the advice of Peacemakers. In this instance, he gives a particular example of bad behavior. However, he does not limit this punishment to that particular behavior.

This added language should address specific challenges that may arise, such as continuing discipline after a member attempts to leave the church or informing your members of your disciplinary actions in order to protect others from harm (e.g., when someone is defrauding senior members through misleading investment schemes).

So, how should this legal contract, often called a covenant, be formulated?

Atty Sande suggests, at an article posted at Life Together

The covenant itself can be kept fairly simple. A statement as basic as, "I have received a copy of the church's policies of redemptive discipline, and I consent to be bound by them" is sufficient. The church needs to have their disciplinary policies outlined somewhere and accessible to members, but the covenant only needs to refer to this other document to secure informed consent.

In the same article, Atty Sande discusses an ironclad defense for the church.

If you can show your people know what your church's disciplinary practices are, and that they have consented to them, that is a virtually ironclad defense against lawsuits.

You can achieve informed consent in a few ways. First, maintaining an attendance for the membership class so you can prove who has received the teaching. Second, a higher level of proof is to have new members stand before the church and actually verbalize membership vows and commitments. A third level, which gives you the best protection, is a signed membership covenant.

Furthermore, Atty Sande includes language which might be construed that a nonmember might be bound by this covenant as well. But, I will leave that until Wednesday.

Today, my goal was to prove that church covenants, which I call contracts, were not primarily developed to insure that a new member pray for the church and be in loving community. This is not a "kum ba ya" moment, folks. It is serious. Contracts were chiefly established to protect the church from lawsuits. They were developed by lawyers and you can bet that they will be enforced.

Here are some questions that our readers should consider.

We will continue this discussion on Wednesday by looking at further legal issues and how churches decided what to punish. For now, here is a post we did on Membership Covenant Red Flags.

We leave you with a great video of a young man with Down's Syndrome who realized his dream to open a restaurant and to spread his love. He ends by saying that folks with Downs Syndrome are a gift to the world. He's right!  I think Tim could teach some "discipline minded" churches a thing or two about love.