"I am fiercely loyal to those willing to put their money where my mouth is."  Paul Harvey link 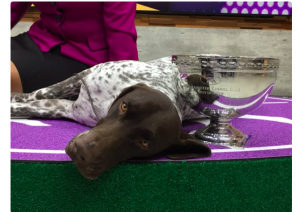 TWW does not accept advertisements. We also do not participate in any kickback program with Amazon or other companies. We made a decision, years ago, to remain independent from any financial incentives because we were concerned that it would affect how we independent we would be when it meant either making or losing money. We also knew that it would cause our readers to wonder if we were able to be bought.

It is not illegal to accept money in the form of donations from various church groups or individuals. However, could such income cause one to be biased in favor of such groups of people when conflict inevitably arises? The Deebs believe that it can. The best example of buying such influence is found by looking at money that was given by CJ Mahaney and/or Sovereign Grace Ministries(SGM) to celebrity Calvinistas and/or their institutions. We believe that Mahaney and SGM/SGC are one and the same since CJ, for years, was the self declared and admired *Head Apostle*for SGM.

Did $200,000 get CJ Mahaney and SGM the friendship of Al Mohler along with perks at SBTS?

In 2010, Deb wrote a fascinating article $$$ THE MAHANEY MONEY MACHINE $$$ which showed that CJ Mahaney and SGM had each donated  @$100,000 to SBTS which is run by Al Mohler. One of their churches, CLC, had also donated @ $16,000. These large donations happened long before CJ Mahaney and his current church in Louisville joined the SBC. Al Mohler has been an ardent supporter of Mahaney, denying that Mahaney had anything at all to do with covering up child sex abuse. He calls CJ one of his dear friends.

Mohler had sweetheart deals for SGM's Pastors College graduates (college education not required) who got educated with a Baptist discount at SBTS even though SGM was not affiliated with the SBC. When that fell apart, CJ and friends were assimilated by the SBC and continued receiving their education deals at SBTS. All this in spite of Mohler's apparent concern for child sex abuse.

A Christian hearing a report of sexual abuse within a church, Christian organization, or Christian school, needs to act in exactly the same manner called for if the abuse is reported in any other context. The church and Christian organizations must not become safe places for abusers. These must be safe places for children, and for all. Any report of sexual abuse must lead immediately to action. That action cannot fall short of contacting law enforcement authorities. A clear lesson of the Penn State scandal is this: Internal reporting is simply not enough.”
-Al Mohler, “The Tragic Lessons of Penn State – A Call To Action”

Former members of SGM were upset to learn their money was going to an SBC seminary.

We have had the opportunity of speaking with a number of former members of SGM who were shocked to learn that SGM was giving money to an SBC seminary since SGM was not affiliated with the SBC. During these discussions, some of these former members remembered sacrificing eating meat several times a week in order to donate money to SGM. They were not told their money was being used in this manner and now feel like they were deceived and used.

During these conversations, we were told that former members had since learned that other Calvinista Big Dogs were allegedly being fed money from the SGM trough. One name that arose time and time again was Wayne Grudem. We were told that SGM  and CJ  had given him money in order for him to take a sabbatical to work on either a shorter version of his well known Systematic Theology or on the ESV Bible.

Who is Wayne Grudem?

Wayne Grudem, research professor of theology and biblical studies at Phoenix Seminary, received his A.B. from Harvard, M.Div. and honorary D.D. from Westminster Seminary-Philadelphia, and Ph.D. in New Testament from the University of Cambridge. He is a board member of the Council on Biblical Manhood and Womanhood, a past president of the Evangelical Theological Society, and the author or editor of over twenty books. He was the general editor of the ESV Study Bible, and is a member of the Translation Oversight Committee for the English Standard Version Bible.

Grudem was also an author of the  Danvers Statement in which the infamous and unwieldy term *complementarianism* was invented. He also  went on to dream up 83 rules for what women can and cannot do in a church.

We were aware that Grudem had probably been paid for teaching in CJ's dubious Pastor's College along with Mark Dever and Ligon Duncan.  However, we could find little proof that Grudem or others had benefited monetarily from their relationship with Mahaney and SGM beyond reimbursement for teaching.

Grudem continued to be a staunch ally of CJ Mahaney after the child sex abuse cover up allegations became public knowledge.

We became increasingly suspicious of Grudem's unbreakable alliance with CJ Mahaney when the following letter from Grudem's assistant was made public by our good friend Todd Wilhelm.

I understand you are scheduled to speak at C.J. Mahaney’s church on the 21 July. I would urge you to reconsider. Prudence would dictate that national leaders such as yourself refrain from indirectly supporting those who cover up sexual abuse in their church.

“I myself will tend my sheep and have them lie down, declares the Sovereign Lord. I will search for the lost and bring back the strays. I will bind up the injured and strengthen the weak, but the sleek and the strong I will destroy. I will shepherd the flock with justice.”

The response and a quiz:

While you are reading this response, ask yourself, "What's missing?"

My name is John Paul Stepanian, and I am Dr. Grudem’s assistant as well as a student here at Phoenix Seminary. One of my jobs is to see to Dr. Grudem’s correspondence on his behalf.

Thank you for your inquiry regarding Dr. Grudem speaking at CJ’s church. Dr. Grudem has the challenging task of weighing many worthy and intriguing requests. His current research, teaching, speaking engagements and family commitments have filled his schedule, and unfortunately he will be unable to answer your questions directly. Please accept his regrets. Dr. Grudem has asked me to personally respond to these requests on his behalf.

Dr. Grudem is speaking at CJ’s church specifically so that he can signal support for CJ in the face of unjust accusations. No further communication on this subject will be responded to.

May God bless your continued work for His kingdom.

I summed up my disappointment in Grudem as follows.

There is something seriously missing in this email. I hope it is due to the "wet behind the ears" status of Grudem's assistant. Not once does he mention the victims, actual and alleged! Not one little expression of concern is given! In the end, this is all about CJ. Why? I leave that up to all of you to speculate.

Grudem has just taught me a valuable lesson. He claims to teach "correct" theology. He purports to tell women what they can and cannot do for glory of God link. He must believe that he has a certain authority so that he can teach all of us how to think correctly.

When he cannot take a minute to express one bit of concern for those who have been deeply wounded, he shows that his theology is just a bunch of rules that do not change the heart. Jesus spent His precious time with the lost and letdown. Authority is best understood when leaders wash the feet of the disenfranchised. True authority is understood in the context of servanthood.

Since that time, both of us have been suspicious that Grudem was a recipient of CJ's generosity with the tithes of the unsuspecting SGM members. But we had to bide our time until recently. We want to thank a TWW  reader, Lowlandseer.

Here is the link to the following statement from Wayne Grudem.

This is proof that Grudem received money from SGM and it is not unreasonable to suspect that he may have received other payments as well. Is it any wonder that he continues to support the cash cow aka CJ Mahaney and Sovereign Grace Ministries?

Grudem says SGM is an example of how churches should work. Shame on him!

Wow. I guess it is just plain awesome that SGM has made Time Magazine and The Washingtonian for their alleged despicable handling of child sex abuse cover up. Wouldn't it be incredible if Grudem's Phoenix Seminary also was also featured in the national media for such actions….Good night!

Unlike the hierarchical Catholic Church, evangelical churches often function independently. But their influence is widespread—as Stanley points out, Wayne Grudem, an evangelical theologian at Phoenix Seminary, once described Sovereign Grace Ministries “as an example of the way churches ought to work.”

In our conversations with former members of SGM other names have come up. We are waiting for confirmation on who else received payments from the SGM cash cow. These are names that you will recognize and we will publish them once we get confirmation.

But, It is not beyond reason to ask all of those who ardently defend CJ Mahaney and SGM if they have received financial support and funds from SGM. For example, could Mark Dever or his church have received any funds, donations, etc. from CJ Mahaney since Dever let CJ hang out there when CJ refused to be disciplined by his own church. CJ preached at the church during that time and called Mark Dever his pastor! That is rather chummy, isn't it?

Who is getting money from your church leaders?

Finally, all church members should find out where their hard earned donations to their church are going. Do you know how much your pastor is making? Do you know if your church leaders are attempting to buy influence with your money? Can your pastors or leaders give $10,000-20,000 of money away without notifying the congregation? It is time for the flock to stop getting fleeced in order to benefit the standing of their leaders amongst the celebrity crowd.