"After much prayer and wise pastoral and professional counsel, the Driscolls believed and agreed that a move to Phoenix was the Lord’s will. Pastor Mark and Grace have had a growing burden for Phoenix and, even though ministry options emerged from other cities, their interest in Phoenix was greatest." 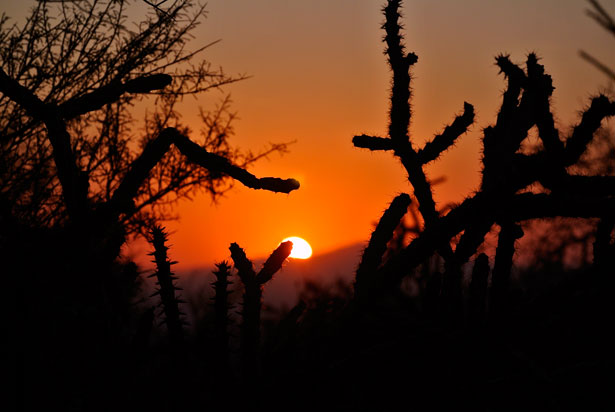 How interesting that the Driscolls have determined (after much prayer) that Phoenix is the place where they should plant a church.  Mark and Grace Driscoll have been so burdened by the lost there that they have recently launched The Trinity Church.  Why that name?  Well, there is a personal reason, which is explained on the church website (see below).

Before Pastor Mark’s wife Grace was born, her mom and dad planted a church called The Trinity Church. Grace was born into that church, grew up and was baptized there, then served in the nursery, food bank, and office as a young girl.

The Trinity Church was also the first evangelical church that Pastor Mark ever attended and ever preached in. It was the church that paid for the Bible
that turned his heart to Jesus, and stayed with him throughout the first decade of his ministry.

In 2013, Grace’s father went home to be with the Lord, and Pastor Mark preached his funeral from that same Bible purchased by the church

The Driscolls invited Grace’s mother Linda to be a founding church member of The Trinity Church, along with the Driscoll kids, in honor to the gospel legacy of Grace's family.

Earlier this week The Seattle Times, among others, took notice that there was a glaring omission on the Leadership and Staff page of the church's new website.  Here is a screen shot of that information:

Shockingly, Driscoll summarizes his 20-year ministry in just a single sentence and boasts that over 10,000 new Christians were baptized.  Here's what we want to know, Mark.  How many bodies did you run over with your Mars Hill bus?  Notice how Driscoll took a year off to learn, repent, grow, and heal.  We'd love to know to whom he repented.

Here is how The Seattle Times summed it up:

Mark Driscoll finally made it official: He’s starting a new church in Phoenix. The culmination of a comeback that has been gaining steam over the past year, the former Mars Hill pastor announced the news of The Trinity Church on Monday by email, Twitter and a new website.

In a folksy video on the site, which begins with a “howdy” from Driscoll, the pastor said he and his wife, Grace, sitting by his side, were “hoping, trusting, praying, planning and also a little” — he made a jokey grimace — “worrying about planting a church here.”

Driscoll also noted that he was “healin’ up” in his new home. And his bio on the site refers to the Driscolls recently facing “the most challenging year of their lives,” one that prompted the pastor to take a year off.

But aside from those remarks, there’s no reference to Driscoll’s troubled and controversial history at Mars Hill. Indeed, there’s no direct mention at all of the megachurch he presided over for 18 years in Seattle, until snowballing allegations of plagiarism, emotional abusiveness and misogyny led him to resign in October 2014.

Warren Throckmorton, a Grove City College professor, has done an incredible job reporting on Mark Driscoll since the plagiarism charges first surfaced.  He posts over at Patheos contains a wealth of information on the Driscoll debacle.  When news of Driscoll's Phoenix church plant broke, Throckmorton was among the first to report on it.  That's why it was no surprise that the CBS affiliate in Phoenix aired a segment yesterday which included his remarks.  We are grateful that Channel 5 News publicly called out Driscoll due to his stunning silence on his first church plant.  Here is a link to that report:

Controversial pastor wants to start church in the Valley

It is certainly worth noting that it was primarily the internet that brought Mark Driscoll so much name recognition.  He was a 'shock jock' preacher who attracted a vast audience of wannabes. Long before most of us became savvy with the world wide web, Driscoll was tickling the ears of his followers through the various websites he had established.  Mars Hill Church and the Acts 29 church planting network were glorified by many in the Neo-Cal corner of Christendom.  We believe that no other pastor capitalized on using the blogosphere early on like Driscoll.  Not only that, Driscoll had an extensive speaking schedule, making appearances at MANY conferences.  And now he wants to wipe the slate clean by not mentioning the horrific train wreck that occurred at his now defunct church.  Our hearts are still heavy for the thousands and thousands of people who have been hurt by this brash authoritarian.

And we need to remember that there were quite a few high-profile leaders in the Neo-Cal camp that heavily promoted Mark Driscoll, namely: John Piper, Wayne Grudem, Justin Taylor, James MacDonald, and others in The Gospel Coalition (TGC) crowd.  Let's not forget that Driscoll was one of the original TGC Council Members.

We'd love to know what these Neo-Cals think about the apostolic leaders who are now propping up Mark Driscoll (see screen shot from the church website).

Not only that, there are quite a few leaders who are praying for the Driscolls.  The are listed here.  See how many names you recognize.

We will be keeping up with what's going on at this new church plant.  While the Driscolls maintain their silence about their first church plant, we are grateful that Mark Driscoll track record and reputation are available right at one's fingertips.  Isn't the internet a wonderful research tool?