"Here's what I figure.  We've got two choices.  One is, we could crucify him, but since someone's already been crucified for him… [applause]  The other choice is we could restore him with a spirit of gentleness considering ourselves lest we are also tempted. [applause]  It's very sad that in the church we're the only army that shoots at our wounded, and I want you to stop it.  I really do.  Thank you.  I'd like for you to show your love for him, and I'd like for you to just welcome him.  Mark would you stand up?  This is Mark Driscoll." 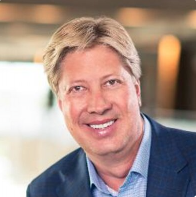 Mark Driscoll, whose mantra has been "It's all about Jesus" appears to have made yet another theological shift.  You may recall that there were some questions years ago regarding the emergent label.  In order to clarify his position, he wrote an article that appeared in the Christian Research Journal.  It was also published on the Resurgence website.  Driscoll described 'four lanes' of emergent leaders and identified with those who are 'emergent reformers'.  Here is what we find under this category:

In addition to evangelical beliefs, Emerging Reformers have a commitment to the Reformed theological tradition as shaped by such historical figures as Augustine, Martin Luther, John Calvin, the Puritans, Jonathan Edwards, Charles Spurgeon, along with such broadly recognized evangelical leaders as Billy Graham, J. I. Packer, Francis Schaeffer, and John Stott. Emerging Reformers look to contemporary men such as John Piper, D. A. Carson, and Wayne Grudem for theology, along with Tim Keller and Ed Stetzer for missiology. They also look to church planting pastors such as Matt Chandler, Darrin Patrick, and me.

Driscoll's relationships with leaders of the Neo-Cal movement appear strained to say the least.  Now that he is no longer embraced by The Gospel Coalition, Acts 29, or Mars Hill Church, where will he go for camraderie?

It didn't take long to find out.  As we shared a few days ago, Mark Driscoll attended the Gateway Conference earlier this week.  Your blog queens have been falling down on the job because that event has not been on our radar screen at all.  We are striving to remedy that situation.

On the opening day of the Gateway Conference, Mark Driscoll was recognized by the conference organizer Robert Morris.  Morris explained that Driscoll was to speak at the conference, but given the recent circumstances, he and Driscoll agreed that he (Mark Driscoll) should not be a conference speaker this year.  However, Morris did ask Driscoll to come up on the platform and address the audience.  Driscoll spoke of death threats and attacks on his home.

Right away, we knew we had to do some digging on this conference and its organizers.  Here is what we have discovered so far.

Robert Morris is the pastor of Gateway Church, a huge multi-campus church in Texas.  Interestingly, Matt Chandler, who succeeded Mark Driscoll as president of Acts 29, heads a network of congregations in Texas that make up The Village Church.

So who is Robert Morris?  According to his church bio,

Robert Morris is the founding senior pastor of Gateway Church, a multicampus, evangelistic, Spirit-empowered church in the Dallas/Fort Worth Metroplex. Since it began in 2000, the church has grown to more than 36,000 active members. [emphasis mine]  He is featured on the weekly television program, The Blessed Life, broadcast to approximately 100 million homes in the U.S. and more than 200 countries around the world. Robert holds a doctorate of literature and serves as chairman of the board of The King’s University. He is the bestselling author of 11 books, including The Blessed Life, From Dream to Destiny, The God I Never Knew, and The Blessed Church. Robert and his wife Debbie have been married 34 years…"

The Gateway Conference has been held annually for several years at the massive Gateway Church facility.  Here is a description from the website:

Every year, thousands of church pastors, leaders, and staff come together at the Gateway Conference to pause, rejuvenate, and receive ministry training.

This conference is for anyone with a heart for growing God’s family. Whatever your role, function, job description, goals and dreams, we’re here to help you discover God’s heart for you and your church and infuse your ministry with a new passion.

We have a diverse lineup of experienced and compelling speakers who will speak on all areas and aspects of church ministry, including leadership, worship, technology, media, youth, and so much more. You will be encouraged as they share practical wisdom and spiritual truth gained from years of experience.

In addition to Morris, conference speakers this year were as follows:  Steven Furtick, Miles McPherson, Jack Hayford, Jimmy Evans, Mark Harris, and a number of leaders from Gateway Church.

You can watch a recap of the 2013 Gateway Conference here.  Remember, this is a conference aimed at training pastors, and these are their role models.  Robert Morris and Perry Noble are very good friends, as this lengthy video demonstrates.  We're sure Church Law Group appreciated the vote of confidence from Morris (you have to watch the interview linked above to hear the plug).

A few years ago FBC Jax Watchdogs featured an interesting video clip of Morris in a post, and it will give you a taste of his preaching.

Since the Gateway Gang has just come onto our radar screen, we will continue to research them and bring any pertinent information to your attention.  It certainly appears that this is the direction in which Driscoll is moving, especially since he was slated to speak at this year's conference until everything exploded.

BTW, registration is open for the 2015 conference.  So far Driscoll's name does not appear on the speaking schedule, but that could certainly change once he had been restored by the Gateway Gang…

We leave you with Steven Furtick and his 'Shake the Snake' schtick at the 2014 Gateway Conference.  Watch at your own risk…