"Yet do much less, so much less, Someone says,
(I know his name, no matter)—so much less!
Well, less is more, Lucrezia: I am judged." 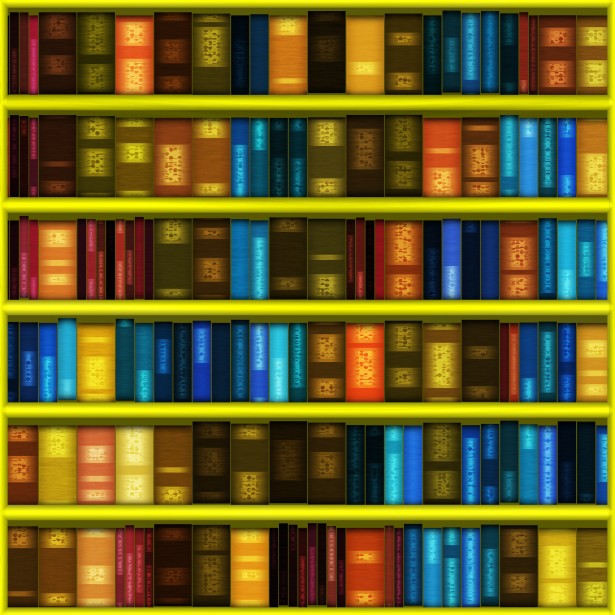 A couple weeks ago our friend Todd Wilhelm wrote a post about the plethora of books being published by the "Evangelical Industrial Complex (EIC)".

Todd is a voracious reader; however, he is beginning to take issue with some of the EIC books that regurgitate ideas already put forth in the marketplace of ideas.  He theorizes that a forthcoming book entitled Ordinary by Michael Horton is eerily similar to a book written by a friend of TWW – Matt Redmond.

The title of Matt's book is The God of the Mundane.  He sent us a copy when the book was released, and Dee reviewed it in January 2013.  You can read her post here.

We are grateful to Todd for allowing us to feature the following post.

“But beyond this, my son, be warned: the writing of many books is endless, and excessive devotion to books is wearying to the body.”

Radical. Crazy. Transformative and restless. Every word we read these days seems to suggest there’s a “next-best-thing,” if only we would change our comfortable, compromising lives. In fact, the greatest fear most Christians have is boredom—the sense that they are missing out on the radical life Jesus promised. One thing is certain. No one wants to be “ordinary.”

Yet pastor and author Michael Horton believes that our attempts to measure our spiritual growth by our experiences, constantly seeking after the next big breakthrough, have left many Christians disillusioned and disappointed. There’s nothing wrong with an energetic faith; the danger is that we can burn ourselves out on restless anxieties and unrealistic expectations. What’s needed is not another program or a fresh approach to spiritual growth; it’s a renewed appreciation for the commonplace.

I agree with the sentiments expressed above.

This may be foolish to admit, but I have not read “Ordinary” by Michael Horton, nor is it likely I will in the future.  The book is scheduled to be released to the public in about three weeks.

My problem exists with what some have labeled the “Evangelical Industrial Complex.”  I believe this book is another example of the “EIC” in action.  There are many Christian leaders who must be under contract with their publishers to pump out 3 or 4 books a year. For some  authors these books serve at least two purposes.  The books bring in money and they also keep the author’s name in front of the Christian public, an important aspect for future book sales.  The public has a short attention span.  A book’s success depends on large part to name recognition.  If a famous author wrote the book, chances are it will have good sales.  With the exception of a few very well known superstar authors, name recognition is basically dependent on keeping your name “out there” in public.  This is done by keeping a steady stream of new books flowing into the marketplace.

I don’t much care about who writes what, but there are so many new Christian books written these days that it’s hard to keep up with them all.  I simply ask the Christian authors to forsake the fame, riches and numbers game and ask themselves a few simple questions prior to commencing the task of authoring another book to add to the glut.

That said, and admitting that I have not read the book, my guess is that Michael Horton’s book covers a lot of the same ground that Matthew B. Redmond covered in his book below. When Redmond’s book was published what he wrote needed to be stated.  He stated it beautifully and, as far as I am concerned, nothing more need be said.   I would also wager that Horton does not say it as well as Redmond said it.  Redmond has a gift for writing that few can match.  He is one author that I wish would write more books.

Check out his website to get a feel for Redmond’s gift.

Some good advice on book reading from C.S. Lewis:

“There is a strange idea abroad that in every subject the ancient books should be read only by the professionals, and that the amateur should content himself with the modern books…. [Students are directed not to Plato but to books on Plato]— all about ‘isms’ and inﬂuences and only once in twelve pages telling him what Plato actually said…. But if he only knew,the great man, just because of his greatness, is much more intelligible than his modern commentator….

Now this seems to me topsy-turvy. Naturally, since I myself am a writer, I do not wish the ordinary reader to read no modern books. But if he must read only the new or only the old, I would advise him to read the old. And I would give him this advice precisely because he is an amateur and therefore much less protected than the expert against the dangers of an exclusive contemporary diet. A new book is still on its trial and the amateur is not in a position to judge it. It has to be tested against the great body of Christian thought down the ages, and all its hidden implications (often unsuspected by the author himself) have to be brought to light….

It is a good rule, after reading a new book, never to allow yourself another new one till you have read an old one in between. If that is too much for you, you should at least read one old one to every three new ones….

We all, therefore, need the books that will correct the characteristic mistakes of our own period. And that means the old books. . . .

We may be sure that the characteristic blindness of the twentieth century—the blindness about which posterity will ask, “But how could they have thought that?”—lies where we have never suspected it, and concerns something about which there is untroubled agreement between Hitler and President Roosevelt or between Mr. H. G. Wells and Karl Barth. None of us can fully escape this blindness…. The only palliative is to keep the clean sea breeze of the centuries blowing through our minds, and this can be done only by reading old books.”