"For most of history, Anonymous was a woman.” –Virginia Woolf link 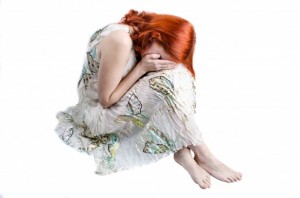 Many in the church, under the guise of gospel™ complementarianism, treat women who have the capacity to be good leaders as an embarrassment. I have read post after post by self avowed biblical™experts who espouse god™assigned gender roles. These are so poorly defined that they lead to widespread mistreatment of women in today's churches. For example, Wayne Grudem attempted to define the biblically™ allowed activities which are, quite frankly, balderdash. You can read about his rules here. This is one example of his nonsense.

Writing a commentary on a book of the Bible for men and woman (14) is a greater responsibility than writing a study Bible for women alone (16).

LifeWay: Women preachers need to be treated like pornography link.

A few years ago, we wrote about the 2008 dustup with SBC owned LifeWay. This was how Fox News reported it — Magazine Featuring Female Pastors Pulled From Shelves, ‘Treated Like Pornography.' Here’s how the article begins:

“The five women on the cover are dressed in black and smiling — not an uncommon strategy for selling magazines. But these cover girls are women of the cloth, featured in Gospel Today magazine's latest issue, which the Southern Baptist Convention has pulled from the shelves at its bookstores, though the magazine is available for sale upon request.   The group says women pastors go against its beliefs, according to its interpretation of the New Testament. The magazine was taken off stands in more than 100 LifeWay Christian Bookstores across the country, including six in metro Atlanta. Published for nearly 20 years, Gospel Today is the largest and most widely distributed urban Christian publication in the country, with a circulation of 240,000. The magazine's publisher, Teresa Hairston, said she was just reporting on a trend, not trying to promote women pastors. "They basically treated it like pornography and put it behind the counter," she said. "Unless a person goes into the store and asks for it, they won't see it displayed."

In case you are not aware of this, an SBC church was removed from the NC Baptist Association for calling a woman pastor. However, the SBC, along with the local Baptist groups, studiously ignore churches which cover up pedophile incidents. You see, women pastors are far more dangerous than covering up pedophilia.

At the time this was posted, I called LifeWay and was able to speak with a member of their public relations team whose name I have forgotten. Said individual asked me if I believed that LifeWay should support the views of the SBC which means no women pastors. Now, you readers know Dee. I answered it with a question.

I asked if they carried Anne Graham Lotz's books. And, of course, the answer was yes. I then pointed out that one of Lotz's books, featured in their stores, advocates for women preachers.  So, I asked why that wasn't removed and hidden behind the counter with the magazine of the black women pastors. He said he "would look into it." Needless to say, her books sell so they stay (for which I am grateful) but the magazine with the black women preachers was insignificant in sales so they could enforce the "conscience" of the SBC.

Anne Graham Lotz and the abuse of women

In an article for Faith Street, Women Like Me Are Abused Worldwide. Here’s Why, praises none other than Jimmy Carter for his Call to Action on the plight of women throughout the world. With a grin on my face, I got up and got myself another cup of coffee. I knew this would raise the hackles of just about everyone who considers themselves conservative.™ Here is her thesis.

She then speaks about herself.

I have experienced this discrimination firsthand. I am a woman. And I am a preacher. That combination has cost me privileges and position in the man’s world in which I have moved. I have stood up to speak and had men turn their backs on me. I have been offered a seminary professorship, only to have the offer revoked when I refused to sign a statement that said women were to submit to men. I have had invitations withdrawn because of the threatened furor my presence on the platform would create. Multiple times, I have been directed to speak from a microphone positioned on the sanctuary floor of a church because I was not allowed into the pulpit.

She then throws a zinger in Carter's direction.

But I take exception to the reason that he gives for this discrimination. He says that it is religion. I say that it is sin

She contrasts the behavior she experienced with the actions of Jesus. She describes Him as:

protecting women as he did the one caught in adultery who was in danger of being stoned to death,

giving women new purpose and elevated status as he did the ones who were the first to encounter him after his resurrection and were commissioned by him to go tell the men what they had seen and experienced.

In case you believe Lotz's experiences are uncommon, Jill Briscoe also had  group of gospel™ minded men who turned their backs away from her when she was an invited speaker at a seminary chapel. I will never forget her son, Pete Briscoe, telling his church of this event. He cried for the pain that his mother underwent. I bet the back-turning men didn't shed a tear.

It is evident that these men who would act in such a manner were sure of their theology but were surely lacking in love. So, were they Christians or theologians? They are not necessarily the same.

I highly recommend Scot McKnight's blog at Patheos called Jesus Creed: Exploring the Significance of Jesus and the Orthodox Faith in the 21st Century. He wrote a post called Anne Graham Lotz, Jimmy Carter and It's Time! which dealt with Lotz's post. Commenting on the post was Yvonne Trimble.

I am a 37 year missionary; both my husband and I preach. Satan has successfully limited 51% of God's workforce, women, by stroking men's egos to believe Christ does not use women. However, God is not limited by ignorant, proud men; He puts His words in women's mouths and gives them place to speak. I have experienced this first hand. The real issue is not what these men think, the real question is what does God want. I know He uses me and many other women as they yield themselves to His voice.

…I remember a conversation with a woman who was seeking ordination. The all male leaders of her church told her, "Sister, with all due respect, you must have made a mistake because God don't call no women to preach." She replied, "Brothers, with all due respect, if you are right, then God must have made a mistake, because I am a woman, and he's done gone and called me

You see, Yvonne Trimble, who has labored along with her husband, as a missionary in Haiti for many years was led to believe that she would receive funds from Mars Hill for her missionary work. She busted her tush to haul Driscoll and gang all over Haiti after the earthquake. But, when he found out that she occasionally preached, he reneged because, well Mark Driscoll is a gospel™ complementarian. You can read the sordid story called Mark Driscoll, Acts 29 Deny Haiti Relief Because of a Female Pastor.

It gets worse. What happens when a complementarian woman belittles complementarian women? In a post featured at The Gospel Coalition and originally published at Christianity.com, 6 Reasons Women Should Study Theology by Jen Thorn, Thorn has this to say about her fellow women.

When theology is mentioned in a circle of women I have often found the response to be less than enthusiastic.  Mention books on homemaking, marriage or parenting, on the other hand, and everyone seems interested. Why is that? I have heard comments like, “I’m just not smart enough”, “I will leave the study of theology to the men”, or  “I don’t need theology I just need to read my Bible.”

Perhaps these are the type of women attracted by a Jen Thorn type of church. Perhaps the type of men who go to Jen Thorn's type of church are all theological studs. However, the women I know are interested in theology as well as recipes. In fact, Dee has been know to bake a mean blueberry pie whilst explaining the travesty of Eternal Subordination of the Son to less enthusiastic family members. Thankfully, the pugs listen well!

Now, Thorn suggests reasons why WOMEN should read the Bible. Not men, mind you, women. I thought I might be missing something so I read her gender specific 6 reasons. They are:

Did you catch it? Did you find the gender specific advice? Can you tell me which of these reasons do not apply to men?

Bottom line: Complementarians have a problem. They utterly lack the ability to adequately explain their gospel™ gender roles in any practical sense. This leads to widespread confusion. And confusion can lead to abuse.

I am sure that Thorn had good intentions in writing this post. Unfortunately, she has only added to the muddle. Since she is a complementarian, I hasten to add that she shouldn't feel bad. Wayne Grudem, John Piper, Owen Strachan and others are not able to describe it as well. It is a theology which is bereft of practical application. No one really knows what it means except they all agree that women shouldn't be preaching. And it a woman preaches, men should turn their backs because that's what Jesus would do, right?