“Love is not affectionate feeling, but a steady wish for the loved person's ultimate good as far as it can be obtained.” 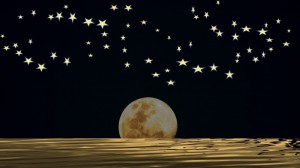 Today, we are featuring a guest post by Tim Fall. (We have added him to our blog links.) Tim blogs at Tim's Blog – Just One Train Wreck After Another.

Tim is a California native who changed his major three times, colleges four times, and took six years to get a Bachelor’s degree in a subject he’s never been called on to use professionally. Married for over 27 years with two kids (both graduated – woohoo!) his family is constant evidence of God’s abundant blessings in his life. He and his wife live in Northern California. He blogs, and is on Twitter and Facebook too. Tim does not normally talk about himself in the third person.

Recently, I read a disturbing story of a courtship which involved a 13 year old child and a 20 something Baylor "ministerial graduate," Child Marriage and the Rest of the Maranatha Story. You need to read it to believe it. The story is well known and even emulated in certain homeschooling circles. Marantha's father, Stan Owen, described as a "spiritual mentor," to the Baylor graduate, approved of this relationship and controlled it until she eventually married him at the ripe age of 15. No one seemed to question why a guy in his 20s got the hots for a 13 year old girl. (Read the account.) No one raised the specter of potential pedophile tendencies. Nope. It was accepted because "dear daddy" was such a leader.

As you read Tim's account, think about that story. Owen Strachan is a professor of theology and church history at Boyce College and executive director of the Council on Biblical Manhood and Womanhood. In Strachan's world, Maranatha's marriage would fit right into his paradigm because Dad "the patriarch" is calling the shots. It is important to understand that The Council of Biblical Manhood and Womanhood is rather enamored of Duck Dynasty. Strachan's CBMW advocates for young marriages link. How young? He doesn't say but he did not repudiate Phil Robertson's view which received widespread criticism by both Christians and those outside the faith.

Owen Strachan's "Dateship" – an idea whose time will never come

Owen Strachan says dateship is the answer to the problems men and women face in trying to get married. He starts by describing how easy it used to be in the old days.

Things used to be relatively simple: You got to know someone, went out several times under close parental supervision (with Dad eyeing a young suitor warily), and if things clicked, you ended up getting married, eventually.

He next describes the problems women and men face today, and blames these problems on – among other things – the divorce rate and the lack of strong father figures in the home.

Many families have been ravaged by divorce. In many families, there isn't a father figure in the picture, and — furthermore — divorce leaves children skeptical and hurt.

While he used the phrase "father figure", it's clear what he really means is the lack of a literal father who can eye the young suitor as he put it in the previous excerpt.

Next he describes some of the benefits of dating (not many, in his opinion) and the benefits of courtship (a "vastly better system than dating", as he put it), and takes the best from each to create dateship.

He suggests things like going for coffee, playing Frisbee with friends, and listening to a sermon together and discussing it.

2. His next step is "Purposeful Dating".

If the first date goes well, the man asks the woman's father (or father figure) if it's OK to go on a few more dates. If yes, then you do.

So in Mr. Strachan's plan, after the first date the man asks the woman's father for permission to go on a second date and if the father says no then that's the end of the relationship. This mean the father tells the daughter which man she can and can't spend time with. This step sounds so much like courtship that I would change the title of it to "Purposeful Courtship".

The title alone strongly suggests that the previous step was actually a less serious type of courtship, not merely purposeful dating. The burden is on the man to decide whether the relationship should continue.

If he decides to take the plunge, then he approaches the woman's father (or a father figure) and asks for his permission to "court" her. If he gets permission, then he takes the woman out and asks her if she will court him. If she says yes, then they enter into a time of seriously considering whether they should marry … .

If things continue to click, then the man asks the woman's father (or father figure) for permission to marry her. If that is given, then he asks the woman to marry him. If she says yes, then they get engaged and then married.

One thing I noticed about these steps is that, except for the first one where the woman can decide all on her own whether to have coffee with a man, all the decision making is initiated by the man and confirmed by the woman's father before the woman is given any role in the direction the relationship will take next.

In all these steps the man and the father work things out between themselves, and then the woman is asked if she'll go along with it. Can you imagine what would happen if the father said yes and his daughter said no? How dare she doubt her father's wisdom in deciding that this man was right for her?

And of course if the father ever says no to the man, the woman is completely shut off from exercising her own wisdom in deciding whether to continue dating the man anyway.

Also, Mr. Strachan never mentions the age of the people involved. Does he envision this system applying only to young men and women who are attracted to one another? I am trying to imagine dateship carried out between a woman and man in their forties.

"Sir, your daughter and I had coffee together and now I'd like to take her to dinner."

"What do you do for a living?"

"All right, you can take her out this weekend. I'll tell her to cancel her trip to Europe as head of the U.S. delegation to the economic summit."

But the worst part is that his list of rules (he calls them "principles") for dateship are not based on any Scriptural guidance for how people develop relationships that might lead to marriage. He admits this when he says "The Bible does not prescribe any one direct path to marriage", but this statement is misleading.

The Bible doesn't prescribe any path to marriage.

He tries to cover this up by pointing to three passages he says will guide people in building relationships. The problem with the passages he relies on are that one speaks of people who are already married, another has nothing to do with marriage and can apply to any type of relationship, and the third is clearly based on Neolithic/bronze age tribal patriarchy.

And that's the problem with these types of systems. To borrow a metaphor from Mark 2:22, Mr. Strachan is pouring old wine into new wineskins and that leads to nothing but a big mess.