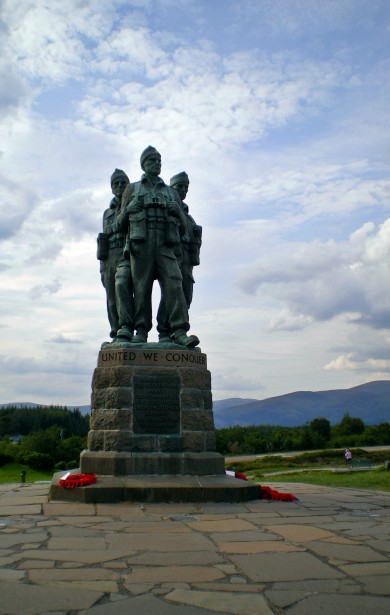 The Council on Biblical Manhood and Womanhood (CBMW) appears to be undergoing a transformation by identifying itself as a "Brave New Movement".  Here is how the organization is marketing itself to those who will be attending the upcoming Together for the Gospel conference in Louisville, Kentucky.

We find the description "Brave New Movement" confusing because the organization was established way back in 1987 according to the CBMW website.   Here is an excerpt from Our History:

CBMW has been in operation since 1987, when a meeting in Dallas, Texas, brought together a number of evangelical leaders and scholars, including John Piper, Wayne Grudem, Wayne House, Dorothy Patterson, James Borland, Susan Foh, and Ken Sarles. These figures were concerned by the spread of unbiblical teaching. Under Piper’s leadership, the group drafted a statement outlining what would become the definitive theological articulation of “complementarianism,” the biblically derived view that men and women are complementary, possessing equal dignity and worth as the image of God, and called to different roles that each glorify him.

The group next met at the Sheraton Ferncroft Resort in Danvers, Massachusetts, on December 2-3, 1987, before the 1987 meeting of the Evangelical Theological Society. The draft was adopted in meeting and called the Danvers Statement on Biblical Manhood and Womanhood. The group then voted to incorporate as the Council on Biblical Manhood and Womanhood.

The organization built steam for several years, running an ad in Christianity Today that drew a huge response. It was clear that CBMW represented the concerns of a large, and to that point relatively quiet, constituency…

CBMW has played a formative role in helping numerous denominations and organizations promote gospel-driven gender roles, including the Southern Baptist Convention and the Presbyterian Church of America…

In 2013, many evangelical groups are convictionally complementarian. The contemporary surge of interest in the gospel and the greatness of God has coincided with widespread adoption of complementarianism, with many prominent churches, seminaries, authors, and para-church organizations joyfully celebrating God’s good design for manhood and womanhood, home and church.

CBMW is in its fourth decade of operation, but the organization has a fresh sense of its responsibility in the broader evangelical community and a fresh appreciation for the power of the gospel. God has used a once-fledgling outfit to lead many Christians and many churches to health, and we trust this work will only continue and grow by his grace.

During the same time period that CBMW was being established, another group of Christians was meeting to affirm their beliefs regarding biblical equality.  This organization, which would become known as Christians for Biblical Equality (CBE), affirms that:

the Bible, properly interpreted, teaches the fundamental equality of men and women of all ethnic groups, all economic classes, and all age groups, based on the teachings of Scriptures such as Galatians 3:28:

Here is an excerpt from the History of CBE:

Disturbed by the shallow biblical premise used by churches, organizations, and mission groups to exclude the gifts of women, evangelical leaders assembled in 1987 to publish their biblical perspective in a new scholarly journal, Priscilla Papers…  The group determined that a national organization was needed to provide education, support, and leadership about biblical equality.

With the help and vision of these individuals, Christians for Biblical Equality was established on January 2, 1988. Catherine Clark Kroeger served as the first president of the organization, and Alvera Mickelsen served as the first chair of the board of directors. Since 2001, Mimi Haddad has served as CBE’s second president…

Because we have never focused on Christians for Biblical Equality before, we wanted to share with our readers the following information from the organization's website:

CBE affirms and promotes the biblical truth that all believers—without regard to gender, ethnicity or class—must exercise their God-given gifts with equal authority and equal responsibility in church, home and world.

We believe the Bible teaches…

– Believers are called to mutual submission, love and service.

– God distributes spiritual gifts without regard to gender, ethnicity or class.

– Believers must develop and exercise their God-given gifts in church, home and world.

– Believers have equal authority and equal responsibility to exercise their gifts without regard to gender, ethnicity or class and without the limits of culturally-defined roles.

– Restricting believers from exercising their gifts—on the basis of their gender, ethnicity or class—resists the work of the Spirit of God and is unjust.

– Believers must promote righteousness and oppose injustice in all its forms.

Twenty-seven years have passed since CBMW and CBE were established, and we wondered whether there are any tangible ways to compare them.  Because both non-profits are accredited by the Evangelical Council for Financial Accountability (ECFA), let's take a look at their financial statements, which they are required to submit and which are readily available on the ECFA website.

Here is a snapshot of the finances of these two organizations.

Data for year ended December 31, 2012
Per the organization's financial statements

Data for year ended December 31, 2012
Per the organization's financial statements

It is interesting that the Council for Biblical Equality is headquartered in Minneapolis, Minnesota while the headquarters for the Council on Biblical Manhood and Womanhood (CBMW) is Louisville.  We seem to recall that it was relocated from Chicago a few years ago.

We are left wondering why there is such a disparity in the revenues and assets of these two organizations since they were established around the same time.  Perhaps the blog post title at the top of the post provides a clue – "Pursuing Your Wife: Embracing a War-Like Posture".  What in the world???  While the article may have some good points, the male dominance that is so characteristic of CBMW doesn't appear to be well-received by the Christian community as a whole.  The financial information certainly seems to indicate a rejection of the complementarian view of gender roles because Christians appear to be voting with their wallets (and/or pocketbooks).

It will be interesting to see if CBMW is the bellwether for the entire complementarian movement in the years to come.  Is this crowd gaining momentum or dying a slow death?  Only time will tell…

Todd Wilhelm@ThouArtTheMan
To be clear, 4 months after Valdez registered as a sex offender in TX, and was sentenced to 20 years probation (2 X 10 run concurrently) Thomas White allowed him to enroll at SWBTS!
@reachjulieroys @JulieLMoore18 @wartwatch @BrentDetwiler @mmmirele https://t.co/YmzmH8IaE3
5
35