"There's something practical with the way Lysa (TerKeurst) has helped me to see the process of writing that has really unlocked my ability to write better books and impact more people." 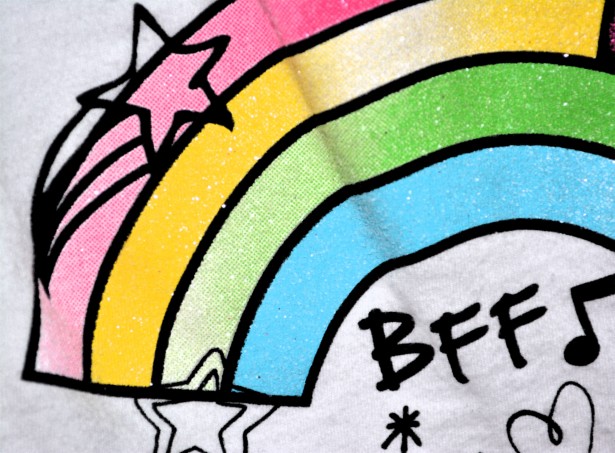 I remember it like it was yesterday.  My neighbor, a wonderful Christian woman, shared with me her excitement about serving on the board of a newly established organization called Proverbs 31 Ministries.  I was thrilled and immediately subscribed to their newsletter (the ministry's primary outreach at the time).  Another neighbor held a coffee in her home to promote the ministry, and not long after that a fundraising dinner was held at a museum in downtown Raleigh.  My husband and I attended along with our neighbors.  The leaders of the organization were introduced, and I was greatly encouraged by their efforts to help Christian women like myself.

Several years later I traveled to Charlotte to attend a Proverbs 31 Ministries conference called "She Speaks".  It was designed to assist women with their speaking and writing skills.  I was primarily interested in the writing component of the conference.  Lysa TerKeurst, the president of Proverbs 31 Ministries, addressed attendees and shared her testimony about how she launched her writing career.  She has written several books at that point, which were offered for sale at the conference along with the books written by other women involved with the Proverbs 31 Ministries.  It was a motivating experience!  Instead of taking action by applying what I learned at the conference, I came home and got right back into my routine of being a wife, mother, volunteer at school, Moms in Touch leader, Bible study participant, Girl Scout co-leader (for two troops!), etc.

Now that my daughters are grown, I hung up some of those well-worn hats and have put on a challenging one – that of blogger…  Little did I know at the time I attended the "She Speaks" conference that my primary outlet for writing would be The Wartburg Watch.  Blogging was unheard of at the time.  At some point I lost interest in Proverbs 31 Ministries and stopped subscribing to the monthly newsletter.

Fast forward…  Last year The Gospel Coalition published a review (primarily negative) of Lysa TerKeurst's lastest book – Unglued.  The review was written by Nicole Whitacre.  I purchased Unglued at the time and was going to write a favorable review.  I wondered what Lysa was up to these days, so I started Googling.  I had no idea that she attended Elevation Church and was a close friend of the church's pastor – Steven Furtick.  The first thing I came across was an interview she conducted three years ago.  It is posted on YouTube in three installments:   Part 1   Part 2   Part 3

I did not know much about Furtick at the time other than he had been invited by James MacDonald to speak at The Elephant Room (ER).  Turns out he spoke at ER 1 and 2.  When I heard about the "Hey Haters" video (uploaded to YouTube on March 1, 2011 by Elevation Church) and watched it, I was absolutely appalled!  This is Lysa TerKeurst's pastor?  Is this the kind of speech she would approve of at her "She Speaks" conferences?

Apparently, Lysa approves because nine months later she wrote a blog post entitled, He chose to be unafraid, referring to her beloved pastor.  Here is a portion of what she wrote:

Too many of us live in the depressing grey shades of a thousand faded passions that might have been.

But every now and then someone rare comes along.  They would rather die than say, “I wish I would have…”  Instead, they grit their teeth, lift their raw souls to God, and scream above all the naysayers, “I will!  By God I will!”

Never have I seen someone so willing to FEARLESSLY make known the mystery of the gospel than this 31 year old preacher man, named Pastor Steven Furtick…

So, my Pastor had a crazy thought fly into his brain last summer to do an old school revival for 12 nights at the beginning of 2012.  One where it wouldn’t be about a church and a preacher but one that would be about THE CHURCH with many preachers.  One that would be all about getting the hope of Jesus to the masses.

It was a good idea.  But it was a crazy idea…

My husband and I have had the privilege to attend much of this revival live and in person.  And though I’m a woman of many words, I can’t possibly begin to describe what God is doing.

There is an igniting of souls happening extending all across the globe.  People are coming to know Jesus.  People are getting baptized. People are finding hope again.

And people are seeing what can happen when one person dares to say, “I’m going to say yes to God’s wild invitation.  I’m going to do this!”

So, I thought maybe you’d want to see it for yourself.  Click here.

In a previous post, Dee named the members of the Compensation Committee at Elevation Church.  They are:

Looks like the only member of the compensation committee who did not speak at Code Orange was Jack Graham.  Hmmm….  How much did these guys get paid?

Perhaps the Code Orange Revival produced such a tremendous harvest that Steven and Holly Furtick are now able to build their dream mansion from all those book sales.  Yeah, right…  We understand from reliable sources that the Furticks are building their home close to the TerKeursts, who also have really nice digs…  Suddenly, Mister Rogers' theme song "Won't you be my neighbor?" is playing in my head…

So we have Lysa TerKeurst promoting her pastor, his conferences and his books; and now we have Steven Furtick 'selling' Proverbs 31 Ministries' latest money-making gimmick – compel training (scroll down to watch Furtick's endorsement).

Lysa TerKeurst, a wife and a mother of five, stays quite busy with her speaking engagements, and one has to wonder how she does it all.  Is she the epitome of the Proverbs 31 woman?

It's been interesting to hear the Proverbs 31 Ministries clips on Christian radio stations, and now I can't help but wonder how intertwined the ministries of Furtick and TerKeurst are.   Rest assured, we're just getting started with our investigation into these two ministries, and we will continue to keep an eye on them…  🙄