All that is gold does not glitter; not all those that wander are lost.  JRR Tolkien 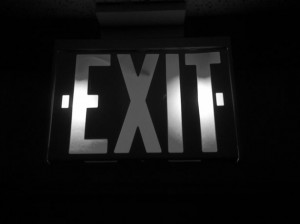 We will post more on Elevation/Furtick as we get information. There is more to come…

On March 11, 2013, TWW published Exit Strategies by CJ Mahaney and Heroic Protesters at a 9 Marks Church Overseas. Here is a quick synopsis of Todd Wilhelm's story. He was a member of an SGM church in the United States. Due to his business, he was sent to Dubai, which is a city within the United Arab Emirates. There, he joined a 9 Marks church, UCCD. If you haven't yet discovered Todd's comments, you may not be aware of his deep knowledge of Scripture and church history. He is also very humorous and self-deprecating. He once told us that his choice of churches, first  SGM, and then 9 Marks, demonstrates a decided lack of discernment. 🙂

Todd was being considered for the position of deacon at UCCD. Part of his job would be to oversee the bookstore. Over the years, due to his former involvement and continued interest, Todd had become deeply concerned about SGM and its former leader, CJ Mahaney. Todd takes a strong stand on child sex abuse and was dismayed by the stories that he had read on SGM Survivors. You can read about his concerns on the post. He informed UCCD that he could not oversee the UCCD bookstore because it sold a number of books by CJ Mahaney. This statement led to great discomfort since Mark Dever, the head of 9 Marks, and pastor of Capital HIll Baptist Church, is a BFF and ardent supporter of Mahaney link. Tood said:

Unfortunately I don’t think most Christians in Dubai are aware of the Mahaney scandal, much less Piper and Dever’s support of Mahaney.  If they were I believe these good people would be questioning the wisdom of inviting Piper and Dever to speak at their church.

I resigned my membership on March 6th from the United Christian Church of Dubai because my church leadership refused to quit promoting Mahaney’s books.  To date they have refused to act on my letter, so I am technically still a member.  John Folmar, the Senior Pastor of UCCD, is a gifted speaker and good friend of Mark Dever’s, having formerly served on staff with him at Capitol Hill Baptist Church. It appears he has no concerns over Piper and Dever’s public support of C.J. Mahaney as he has arranged for them to speak at his church in Dubai.  Piper and Dever will be returning the favor by having John Folmar speak at their conferences.

Todd made the difficult decision to leave UCCD. The church refused to remove him from their membership. You see, according to the legal contract (oops-membership covenant), members can't leave until they become members of another church.

Folks: let this serve as a warning to you! Beware of these contracts in the hands of authoritarian churches. This very incident proves the authoritarian nature of 9 Marks churches and leadership. Can you imagine any pastor who would not let a man, who deeply disagrees with the ethics or trajectory of a church, leave? Such hubris is dangerous.

Although Todd could have become a member of another church, he stood firm on the principle of the matter. After 6 months of writing letters, being defriended, having his emails ignored and seeing his name, week after week, appear on the membership rolls, Todd finally prevailed. You can read Movin On at his awesome blog, Thou Art the Man

I have been told by friends who attended the membership meeting last night at the United Christian Church of Dubai that we have finally been removed from their membership roster. All  good things come to those who wait.  We have waited for 6.5 months!

That chapter in my life is now closed.  Perhaps I will write about it in detail at some point, but for the present I am happy to move on. I now have some strong opinions on what a local church should not look like, I am still formulating what it should look like. I have some thoughts on this and am trusting God to lead me to other like-minded believers.

as of September 20th I was removed from membership of UCCD. An interesting fact is that to date I have not heard from anyone in church leadership that I have been removed. Probably just an oversight!

(Dee:I am disgusted at the game playing that goes on in some of today's churches. Shame on  you, 9 Marks, for putting Todd through this nonsense! Act like the "gospel correct" men that you claim to be. Imagine, this started over books by CJ Mahaney! He's that important to you?? You can't even tell Todd that he has been removed from membership. Good night! No wonder people are running from churches!)

Todd, who actually lives in Dubai, reported on what appears to be a deceptive LifeWay advertising campaign which involved David Platt in a post here. He has given us permission to repost it here.

What comes to your mind when you think of being a Christian in the Middle East?

1. Open debates and dialogues are common in Dubai. Christian leaders are welcome to debate Muslim Imams. The Middle East is not monolithic in this regard.

I suppose all this and worse come to your mind when you think of the perils of being an unabashed follower of Christ in the Middle East.  I don’t wish to discount this as in many countries in this region Christians do face persecution for their beliefs, sometimes even losing their lives.

But I would like you to know that I live in Dubai, United Arab Emirates and Christians have nothing to fear in this moderate Muslim nation.  The UAE is socially progressive and is a fine example of what an open society in the Middle East can and should look like.  The leaders of this country have donated land for Christians to build churches on. They welcome open dialogue between people of different faiths.  They have approved public debates between Christian Pastors and Muslim Imams. Thabiti Anyabwile, the author of the book below, has been the Christian representative in four such debates in Dubai. Here is a link to the latest dialogue/debate.

2. Arab leaders donate land on which to build Christian churches

On the  United Christian Church of Dubai’s (UCCD-9 Marks) website link  you will find a Message from the Senior Pastor, John Folmar  (Remember: this is a 9 Marks church)

Fourteen years ago, after we had prayed and petitioned, the Rulers of Dubai generously granted us the land in Jebel Ali where we now meet. Four years later, the building was completed, and now 11 churches regularly meet here in the Dubai Evangelical Church Center. Imagine all the ministry that has occurred here at DECC since 2003—countless people have been saved, strengthened, and encouraged. Lifelong friendships have begun here, even some marriages have resulted!

Now we have another opportunity to build an evangelical church center—this time in Ras Al Khaimah. The Ruler of RAK, His Highness Sheikh Saud Bin Saqr Al Qasimi, recently granted UCCD land for an evangelical church building in the Al Hamra district of his emirate. The elders see this as a priceless opportunity to plant a Gospel church in an outlying emirate virtually unreached with the good news of Jesus Christ. This is our chance to make history in RAK—inroads for the gospel into a new frontier.”

3. One cannot do street evangelism in Dubai but talking about the faith, with Muslim friends, is easy, maybe easier than in the United States.

To be honest I should mention that proselytizing in the UAE is against the law.  You would not be able to stand on a street corner in Dubai and preach the gospel.  That said, I have found it much easier to engage my Muslim friends in conversations regarding religion than I ever did with my friends in the USA.  The Muslims I have encountered are eager to talk about spiritual matters.  We talk as friends and there is absolutely no concern of repercussions.

Here  is the church compound in Jebel Ali, a southern suburb of Dubai.  There are numerous churches meeting here on land donated to Christians by the Rulers of Dubai.

Here is the Bible Society Book Store, located inside the UCCD  (9 Marks) building in Dubai

4. Did David Platt and LifeWay knowingly misrepresent the culture in Dubai?

Apparently, this "simulcast" was presented as a live broadcast (it was taped)  in an "undisclosed location." Todd's daughter actually attended this event.

Todd continues: All this to say that, in my opinion, David Platt and LifeWay Christian Resources are attempting to boost sales of Platt’s most recent book, Follow Me, and accompanying study manuals, by  creating an aura of cutting-edge excitement based on number of things which just are not true.

Broadcasting live from an undisclosed location, David Platt will challenge you, your group, and your church to take the next step in your relationship with Christ. In this place where proclaiming Jesus could mean literally losing your life, Platt will invite us to forfeit our own lives for the sake of the gospel.

Todd recommends a thoughtful resource for exploring the war on Christians

Folks, persecution for Christians in various locations around the globe is a current reality.  Becoming a follower of Christ in many nations could possibly cost you your life.  I would suggest you read this book to dispel any doubts you may have of this fact:

Do not cheapen the sufferings of saints around the world by publicity stunts.

I would urge us as Christians not to trivialize or cheapen the very real sufferings that saints around the world are currently experiencing.It may create a buzz amongst American Christians to think that David Platt is risking his life by taping a program in Dubai to be shown at a later time, but let’s call it what it is – a cheap publicity stunt that plays fast and loose with the truth in an attempt to boost book sales.  It cheapens Christianity and makes a mockery of those who are actually facing persecution for their faith.  David Platt should be ashamed of himself.  He faced no danger flying into Dubai to tape his message at the Marriott Hotel.  I, as a Christian in Dubai, face no danger to my life.  I am fortunate to be able to live in a Muslim country that allows me such freedom – thank God for that.

Missional fail
(Dee) I was struck by the fact that a local ruler, His Highness Sheikh Saud Bin Saqr Al Qasimi, gave the land to build an evangelical church. I wonder how he would have felt to see his country proclaimed as unsafe for Christians? The Neo-Reformed movement claims it is big on being missional. From my vantage point, this is a potential missional fail.

Platt, and LifeWay should have made sure that they thanked the Sheiks in this area for giving money to build an evangelical church as opposed to portraying this country as a place in which Christian must hide. Such pronouncements could result in a setback for Christian/Muslim dialogue.

The following video is dedicated to all of our readers who have escaped authoritarian churches.