“The road to hell is paved with the skulls of erring priests, with bishops as their signposts.” -St. John Chrysostom attributed​.1 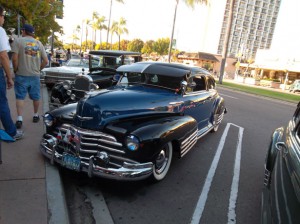 Please forgive this haphazard attempt to get our readers up to speed on a serious issue. The two of us are deeply concerned that coercion tactics are being employed by those within certain groups to silence opposition on the issue of child sex abuse. We ask that you pray for Janet Mefferd and Boz Tchividjian as they deal with these despicable ploys.

Here is the sequence of events.

Last week Joe Carter, at The Gospel Coalition, wrote an article, Stop Slandering Christ's Bride. He claims the following steps are slander. (I'll get to the misuse of that word in a moment.) Why? Because we cannot know what each and every church is talking about?? This huge post is about a bit of hyperbole? "Everyone is talking about the weather" come to mind.

Step 2: Claim that no one in our churches is talking about the issue.

Step 3: Assume the dual role of educator and Old Testament prophet by explaining why the issue matters and why the church must stand up and speak out about it.

TWW defines (with proof) the word "slander" in Slander or an Inconvenient Truth.

Slander is the oral communication of false statements that are harmful to a person's reputation. If the statements are proven to be true, it is a complete defense to a charge of slander. Oral opinions that don't contain statements of fact don't constitute slander. Slander is an act of communication that causes someone to be shamed, ridiculed, held in contempt, lowered in the estimation of the community, or to lose employment status or earnings or otherwise suffer a damaged reputation. Slander is a subcategory of defamation.

Libel is written falsehoods meant to harm a person. Slander is an oral statement. So, saying that your favorite Italian restaurant served you bread that was "harder than a rock" is not slander. To say that no one in the church is speaking about child sex abuse is an exaggeration but an understandable one. It sure seemed silent in many "gospel" quarters during the SGM child abuse lawsuit.

Why did I bring up the subject of child sex abuse? Well, perhaps Carter is naive but, for many people, his post might be seen as a way to silence those who would speak out against abuse.

Janet Mefferd appears to agree and responds to Carter's post .

Again, it is unclear whom Carter is particularly addressing in his admonition to “Stop Slandering Christ’s Bride.” I am not saying his intended target is Boz Tchividjian or anyone else who has decried the silence on evangelical sexual abuse, since his article is virtually detail-free. But regardless of the issue, Carter’s article is an unwarranted scolding that could discourage discerning, faithful Christians from speaking biblical truth on any widespread issue of neglect — sexual abuse or otherwise — simply because they lack Carter’s stated requirement of “omniscience” and the title of “a prophet or a son of a prophet.”

This is where it gets ugly and this is when I start getting mad. Carter makes the boneheaded decision to comment at Lumpkin's blog post.  Here is an illuminating selection of Carter's "gospel" admonishments. Please read the entire context of his comments on Lumpkin's blog.

And, of course, he uses the  "picking on the poor Calvinists" argument.

Some people might assume that you are doing the same thing, using my article as a way to bash the ERLC  and Dr. Moore. But charity forbids me of believing that is true.

Honestly, Mr. Shaver, I think you simply looked at my associations (TGC, ERLC) and decided to oppose me based on my "team colors." You certainly don't seem to be engaging anything I actually wrote. It's a shame this sort of tribal mentality is still going on in the SBC, but I guess some things will never change till the Lord returns.

He sent out a ridiculous tweet that is easily misunderstood to mean that Mefferd is justifying "bearing false witness."

No, I did not claim on Twitter that Mefferd was "bearing false witness" for daring to respond. The way you toss off such falsehoods, Lydia, is shameful and unbecoming of a Christian.

Sorry, Joe, that's what it sounded like to me so I guess I am shameful and unbecoming as well.

Carter goes after Boz Tchividjian as well, calling him reckless.

In her article she defends Boz Tchividjian's reckless claim that evangelicals are actually worse than Catholics when it comes to staying silent about sexual abuse in our churches. What evidence does she present to defend such a claim? None. Does she explain how such a claim could even be substantiated? No, she doesn't. Instead, she merely claims that evangelicals are covering up sexual abuse in a way that equals the thousands of cases that were reported in the Roman Catholic Church.

Update 6:44 PM: -Permit me an observation. I know that certain groups like to demonize the Catholic church. But think about it. The Catholic church has about 1 billion adherents and had thousands of clergy sex abuse cases. My guess is that percentage wise, evangelicals approach or surpass the percentage of those abused in the Roman Catholic church. Pure speculation on my part but I think Tchividjian is right. Nope: priestly celibacy does not equate to more sex abuse. Married evangelicals are doing just fine in this department.

PS: Can these guys talk without lecturing? Oh, that's right, they are used to being "in authority."

What I think this thing is really about? TGC and the SGM sex abuse lawsuit.

Stop the presses! It does seem that Joe is very concerned about the perception of the evangelical response to child sex abuse. Oh yeah, that's right. He is a blogger for The Gospel Coalition which maintained "gospel golden silence" about the SGM sex abuse lawsuit for 178 days. Look on the sidebar of our blog. We were keeping track of this situation.

In Why speaking the truth in love isn’t ‘slandering Christ’s Bride’ (Part 2)  she says the following. Pay close attention to the highlighted section!!

Though Carter denies that the “issue” he had in mind was “the silence over rampant sexual abuse in evangelical churches,” there’s a message he’s sending that comes through loud and clear: “Shut up, Christian.” Don’t you non-omniscient, non-prophets dare tell the rest of the church what it should talk about. Don’t accuse anyone else of not speaking or deliberately being silent when he should speak up. Don’t exhort; it’s not your place. (I do also wonder how many readers stopped to consider whether or not Carter even has the standing or biblical authority to lecture us in this way! He has no authority over any of us.)

But why is this significant? As I previously mentioned, The Gospel Coalition kept silent for many months about the Sovereign Grace Ministries sexual abuse lawsuit, in which 11 plaintiffs claim to have suffered heartbreaking sexual abuse and also allege conspiracy and cover-up. TGC has an association and stated friendship with lawsuit defendant C.J. Mahaney, and that means — even if Carter didn’t intend it — when he says, “don’t slander Christ’s bride,” a whole lot of people, rightly or wrongly, are reading that statement through the Sovereign Grace Ministries lawsuit lens. And they’re remembering The Gospel Coalition’s silence.

I won’t share the details, but there also has been an effort within this general camp of individuals to try to intimidate me into not talking about this case on my radio show. It will not work. I will wait for the outcome, just like everyone else, and I will not rush to judgment where the individual defendants are concerned. But I will cover this case as new developments arise. And I must state that, based on all I’ve taken in on this case so far, I am not at all convinced that those 11 plaintiffs are liars with nefarious motives.

We must love the little lambs and protect them. Jesus said, “If anyone causes one of these little ones—those who believe in me—to stumble, it would be better for them to have a large millstone hung around their neck and to be drowned in the depths of the sea.” (Matthew 18:5-7) In John 21, Jesus told Peter that if he loved Him, he would “Take care of my sheep.”

And the last thing we need — in the current context, at this time of rampant sexual abuse in evangelicalism and the relative silence about it in our churches — is someone at The Gospel Coalition trying to tell us not to rebuke the church for its apathy on any issue.

TWW is deeply concerned about the possibility of an attempt to silence a needed voice for the abused. It is also apparent that Carter, (who represents the views of many in The Gospel Coalition), takes a dim view of Boz Tchividjian, a tireless advocate for those children sexually abused by the church. And whether or not Carter likes it, there are many churches who have mishandled child sex abuse. Might I say that his buddies at TGC have not been proactive on this issue. Is that slander free?

We will be watching this situation very carefully and will report any, and all, attempts to shut up those who care about the abused.

We leave you with the 25 famous lines of Michael Corleone from The Godfather. Warning: there are a couple of colorful words. But which is worse? Bad words or intimidation?