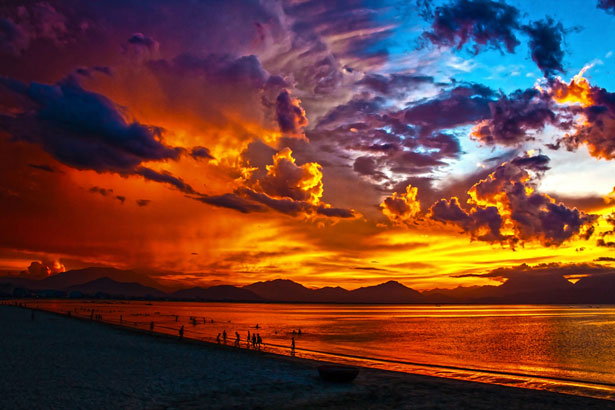 This is a prayer from the church father Irenaeus (died 202 C.E.) Link

"Give growing maturity to beginners,
O Father; give intelligence to the little ones;
Give aid to those who are running their course.
Give sorrow to the negligent; give fervor of spirit to the lukewarm.
Give to the mature a good end; for the sake of Christ Jesus our Lord.
Amen.”

Our Father, which art in heaven,
Hallowed be thy Name.
Thy Kingdom come.
Thy will be done in earth,
As it is in heaven.
Give us this day our daily bread.
And forgive us our trespasses,
As we forgive them that trespass against us.
And lead us not into temptation,
But deliver us from evil.
For thine is the kingdom,
The power, and the glory,
For ever and ever.
Amen.

See to it . . . that there be no immoral or godless person like Esau, who sold his own birthright for a single meal. For you know that even afterwards, when he desired to inherit the blessing, he was rejected, for he found no place for repentance, though he sought for it with tears.

A Prayer for Discouragement Link

Heavenly Father, I know I am close to despair.
I feel so tempted to give up,
to withdraw from life and religion and let the world simply carry me along.
Everything seems so meaningless and nothing appeals to my better instincts.
Help me to remember that Jesus gave meaning to everything in the world.
Let me bank on that fact and get over this time of despair,
to really believe in the depths of my being that there is a reason for living.
Show me the reason for my life and tell me what I must do.
Bring home to me that I am never alone,
but that You are with me even in the depths of despair.
Remind me that no matter what I may endure now,
an unending joy awaits me in the future if I but cling tightly to You
and your Son Jesus in the unity of the Spirit.
Amen.

To him who is able to keep you from stumbling
And to present you before his glorious presence without fault
And with great joy to the only God our Savior be glory, majesty, power and authority,
Through Jesus Christ our Lord, before all ages, now and forevermore!
Amen.