We should not ask, "What is wrong with the world?" for that diagnosis has already been given. Rather, we should ask, "What has happened to the salt and light? John Stott 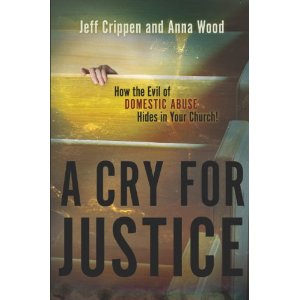 A couple of days before Christmas, early in the morning, Fox News reported on a survey that claimed that 50% of people dread the holidays. I pondered the potential reasons for this. Loneliness, the reminder of loved ones who have died, financial hardships, expectations of a "Martha Stewart" Christmas, etc. all seemed to be some of the potential causes of distress. However, one concern jumped out at me as I looked for research in this area.

If you Google John Piper and domestic violence, you will find that two posts by TWW are listed at "1" and "2" while Piper's video and Desiring God come in under those. Piper felt it important to clarify his response as outlined in the above video in his Desiring God post, called  Clarifying Words on Wife Abuse link .

My first critique is immediately obvious. Wives, although the predominate recipient of domestic violence, are not the only ones who get abused. Men do as well. I believe that the current culture of swaggering males, along with their fearless, tattooed and sword bearing leader, Jesus (as discussed by Mark Driscoll) has made the problems of male spousal abuse move underground. When TWW discuss the issue of domestic abuse, it is not limited by gender.

Before I get to Piper, I found this thought-provoking information from a post at Christian Domestic Abuse Link.

There are about 7,000+ attendees in Piper's church. Link. This means that, if the above stats are correct, there are potentially 308 families at his church affected by domestic violence.

Piper rightly states that Christians must submit to civil authorities.

He also outlines various other submissive relationships-children to parents, wives to husbands, etc. Then he makes this curious statement.

Discerning the path of love and obedience when two or more of these submissive relationships collide is a call to humble, Bible-saturated, spiritual wisdom.

I know this may seem a bit in your face but it does not take a "gospel" Christian, a rocket scientist or a theologian at the most correct Reformed-based seminary to know that the police should be involved when someone is getting whacked around. Ditto for the humble part. Humble or not, the police need to be called. Frankly, there are some in the NeoCalvinist world who wouldn't know humble if they fell over it including the one who wrote the oft recommended Calvinista book on humility link.

Piper once again gets it right when he says that an abusive man is breaking God's law.

He also said the man must be disciplined by the church. Then, he makes another statement that is bizarre, perhaps revealing that he is living inside a bubble.

The wife is not insubordinate to ask the church for help.

Insubordinate! This sounds to me like a school teacher wagging her finger at an unruly child. It seems to me that today's NeoCalvinist churches spend a lot of time worrying about authority and subordination to such an extreme that they do not see how their choice of words is off-putting. I guess we were "insubordinate" to beg a Reformed leader to look at the problems in SGM. (Or was that character assassination?)

Piper then says that appealing to civil authorities may by the right thing to do.

He continues to use the "may" word throughout this section, showing some equivocation and this has me concerned.

A wife’s submission to the authority of civil law, for Christ’s sake, may, therefore, overrule her submission to a husband’s demand that she endure his injuries.

By this statement he "may" be implying that is not a necessity for a woman who has received "injuries" to go to the police. In other words, Piper is giving the church advisors an out. That is very, very dangerous. For example, are the "gospel" advisors of an abused woman willing to take the risk that they might overlook a leaking spleen (due to trauma) being undiagnosed and having her end up in a trauma unit, almost dead, from internal bleeding? People who are abused MUST be examined by a medical professional.

This one statement is enough to negate his entire "clarification." Was this intended?

In fact I become more concerned when he appears to place a huge emotional burden on the abused spouse.

This legitimate recourse to civil protection may be done in a spirit that does not contradict the spirit of love and submission to her husband, for a wife may take this recourse with a heavy and humble heart that longs for her husband’s repentance and the restoration of his nurturing leadership.

A person who has been whacked around is in no condition to spiritualize the matter. Can you imagine an abused woman  being advised to wait before going to the authorities until she "longs for, with a heavy and humble heart,  the reestablishment of the abuser's "nurturing" relationship?" Why does he even assume that there has ever been a nurturing relationship? I can see it now. The woman sitting in Piper's office, with two black eyes, shaking, and Piper saying "You are not humble enough, woman. Repent." Good night!

Piper is correct when he says "The church should not harbor an abusive man or woman whom the civil authorities would punish if they knew what the church knows."

I am going to be cryptic here but our readers will get what I mean. John Piper and the TGC men can say this over and over again but it rings hollow since there are incidents with which they are aware in which this very thing has occurred. I suggest that they consider adopting the Prime Directive of TWW. First, reach out to the victims of abuse before "showing mercy" to the abusers.

Oh yeah, and when these matters are pointed out to you and you are begged for intervention in systemic problems, it might be nice to tell your friends not to call the conveyers of concern "character assassins."

Thankfully, Piper does slip in the possibility of an abused man in this statement. However, he seems inconsistent in his approach.

Piper says the right thing when he stresses that "no Christian woman (or man) should have to face abuse alone."

However, once again he strikes an odd note.

What I want to stress is that long before they reach a point of desperation — or harm — the women of the church should know that there are spiritual men and women in the church that they can turn to for help. By way of caution and lament, I cannot promise that every church has such spiritual, gifted, and compassionate men and women available for help. But many do. The intervention of these mature brothers and sisters may bring the husband to repentance and reconciliation. Or they may determine that laws have been broken and the civil authorities should or must be notified.

A "mature" Christian is NOT the same thing as a professionally trained Christian. Unfortunately, with the rise of Nouthetic Counseling in today's churches, many churches assume that a weekend of "training" makes an expert. Abuse is serious and a simplistic approach of "Repent of your sins and become godly," is dangerously naive. Most abusers are at high risk of re-offending and often need years of professional counseling.

There are two well-known churches in the Triangle area who will NOT inform church members of local domestic abuse centers. They probably will only approve "Christian" centers. Yet, such "Christian" centers are few and far between.  Does theology trump safety? If a church relies on non-professional church members to counsel abuse victims, the answer is a resounding "yes" and that is shameful.

Piper has the solution for abuse…..complementarianism.

Herald a beautiful vision of complementarian marriage that calls men to bear the responsibility not only for their own courage and gentleness but also for the gentleness of the other men as well. Make it part of the culture of manhood in the church that the men will not tolerate the abuse of any of its women.

Finally, I heartily recommend that all Christians, including John Piper and the entire leadership of Sovereign Grace Ministries, read Jeff Crippen and Anna Wood's excellent book A Cry for Justice: How the Evil of Domestic Abuse Hides in Your Church. Link I plan to do a review of this book in the near future.

I pray that today's leaders would spend more time caring for the victims of domestic abuse than writing about the theological implications of such abuse. The "me too"posts on caring about this issue ring hollow when victims are consistently ignored. Oh yeah, has it really been 61 days of silence??