“There's a phrase, "the elephant in the living room", which purports to describe what it's like to live with a drug addict, an alcoholic, an abuser. People outside such relationships will sometimes ask, "How could you let such a business go on for so many years? Didn't you see the elephant in the living room?" And it's so hard for anyone living in a more normal situation to understand the answer that comes closest to the truth; "I'm sorry, but it was there when I moved in. I didn't know it was an elephant; I thought it was part of the furniture." There comes an aha-moment for some folks – the lucky ones – when they suddenly recognize the difference.” 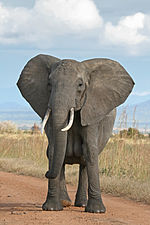 The Gospel Coalition has an impressive website.  In addition to the blogs of reformed leaders, the website provides a plethora of information to keep its readership up-to-date on matters that concern them.  For example, there is a section on the website with the heading You Should Know where news items are shared.  As I compose this post, the latest You Should Know article is:

As many of our readers know, news broke last week that a class action lawsuit has been filed in Montgomery County, Maryland against Sovereign Grace Ministries and eight other defendants.  A vast array of news sources has covered this development, including The Washington Post, The Associated Press, The Christian Post, Associated Baptist Press, Christianity Today and even The Guardian in the United Kingdom, just to name a few.  Even though the news has gone viral, The Gospel Coalition has failed to inform its readership about a serious matter that involves one of its council members who will be a speaker at 2013 TGC National Conference.

That is why we have added a new feature on the right hand side of our blog.  Here it is:

In a previous post we explained that three young ladies have brought legal action against Sovereign Grace Ministries and eight individual defendants.  We were not familiar with all of the names, so we thought it might be helpful to gather a little information on each of them.

When we began investigating Sovereign Grace Ministries back in the fall of 2008, we started with the Wikipedia article. There was so much wrangling over the information in that article that it became almost humorous.  Someone would add incriminating information about SGM, then the article would be scrubbed and sanitized.  This went back and forth, back and forth, back and forth so many times that the Wikipedia editor became exasperated!  If you click on the Wiki link you will see a flag at the top of the article stating that the "neutrality … is disputed".

What follows is information on the eight individuals named as Defendants (in the order that their names appear in the lawsuit).

"is the president of Sovereign Grace Ministries (formerly People of Destiny International or PDI co-founded with Larry Tomczak), a network formed to establish and support local churches, and was one of the founding pastors and leaders of Covenant Life Church, in Gaithersburg, Maryland and presently is the senior pastor of Sovereign Grace Church of Louisville." (link)

Gary is the brother-in-law of C.J. Mahaney.  He is married by C.J.'s sister Betsy.  What follows is information from the website of Sovereign Grace Church of Louisville.

Who are the pastors of this church? What are their roles?

Let me begin with the man who has served by my side in various capacities for over 35 years – Gary Ricucci. Gary will serve as an elder of the church and continue to provide pastoral care for those coming to the Pastors College. I anticipate his pastoral gifting and heart will be experienced by every member of the church. I look forward to how he and Betsy will serve the marriages of the church through their teaching and example. (link)

* Before the lawsuit was filed, it was rumored that Covenant Life Church and Sovereign Grace Church Fairfax might leave SGM to start their own network of churches.

As far as we can determine Frank Ecelbarger does not serve in any pastoral capacity.  However, it appears that he recently led a Bible study at Redeemer Church (located in Florida), which is part of SGM.  Here is an excerpt from the church website:

"Join us as we learn how to grow in our relationship with God through prayer on Sunday nights throughout the month of March. Frank Ecelbarger will be teaching this series and equipping us as a church to be a people dependent on the grace of God. We want to be a church that not only recognizes our need for God's grace and help in our lives, but aspires to demonstrate that dependence through humble prayer."

Redeemer Church  is pastored by Benny Phillips who started this church in 2011 after leaving Metro Life Church in Casselberry, Florida  Meetings are held at the Ultimate Power Martial Arts and Fitness Center.  Here is some information from the church website:

"Redeemer Church is a group of believers committed to reaching the Lake Nona area with the gospel by building a gospel-centered church family.

We want to proclaim the message of hope: A message that changes lives and brings redemption to the brokenness of our humanity.

What people really need is not just a change of circumstance, but real hope.  Hope that can only be found in the gospel; the message of our Redeemer sent to rescue us from our sins, mistakes and failures."

Chairman of the Board of Sovereign Grace Ministries and Senior Pastor of Solid Rock Church.  You may recall that C.J. Mahaney left Covenant Life Church and attended church Capitol Hill Baptist Church for several months.  After that he attended Solid Rock Church prior to the big move to Kentucky.

Here is the bio of SGM's Chairman of the Board:

John Loftness received a B.A. from Houghton College in 1978 and has studied extensively at the Masters degree level at Fuller Theological Seminary and Reformed Theological Seminary. He began his career as a pastor in 1981 when he joined the staff at Covenant Life Church. Over the years has served in a variety of roles in local churches and in SGM, primarily as a pastor. From 1990-2007 he served exclusively at Covenant Life. In 2007, John left Covenant Life to become the senior pastor of Solid Rock Church in Riverdale, Maryland.

Serves as a pastor at Covenant Life Church. (link)  He is also Carolyn Mahaney's brother.

"is a pastor and preacher based in the USA. He is the co-founder of the group now known as Sovereign Grace Ministries and of several prominent churches."  You can read about his departure from SGM here.

Just to give you a head's up, we are currently in touch with the plaintiffs and/or their parents.  Please keep them in your prayers.