"Those most upset displayed to us anger or bitterness or hatred toward SGM and their former church leaders for events that took place ten to fifteen years ago. Some were so hurt or angry that they displayed tears, raised voices, clenched fists, and other physical demonstrations of anger. As we talked about bitterness or anger, several responded with raised or strained voices to our team members insisting that they were not angry or bitter." 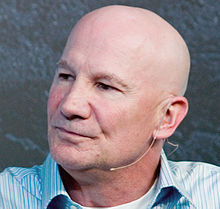 I will never forget that day in 2006 when Dee phoned and said:  "You have got to read the cover story of Christianity Today.  It's called "Young Restless Reformed:  Calvinism is making a comeback and shaking up the church".  I scanned through Colin Hansen's article and recognized only a few names, specifically:  Al Mohler, John Piper, and Mark Driscoll.  I knew Mohler was president of Southern Baptist Theological Seminary and had heard him speak once during chapel at Southeastern Baptist Theological Seminary (SEBTS); I was familiar with John Piper's name because my church distributed one of his books to members in the spring of 2004 when The Passion of the Christ hit theaters; and all I knew about Mark Driscoll was that he was some "cool dude" pastor who was reaching the lost in Seattle.  The others mentioned in the article were unfamiliar, which caused me to lose interest in discovering more about this Christian trend.

Dee and I had talked for years about starting a blog that focused on Christian trends.  We gave so much lip service to it that our family and friends probably didn't take us seriously.  Then a series of circumstances occurred in both of our lives, which caused us to do some serious digging.  In the fall of 2008 the YRR leaders mentioned in the CT article (called "Calvinistas" here at TWW) kept cropping up.  One of those individuals was C.J. Mahaney, president of Sovereign Grace Ministries.  As we began to investigate this "family of churches", we came across two blogs that scrutinized this ministry, namely SGM Survivors and SGM Refuge.  We read so many accounts (through posts and comments) of members who had been hurt by the hyper-authoritarian leadership implemented throughout SGM.

In early 2009 I learned that C.J. Mahaney and Mark Driscoll had been invited to speak at the SEBTS 20/20 conference (aimed at college students).  By that time I had discovered so much about Mahaney that I was deeply troubled he was coming.  I went back and read Colin Hansen's CT article, and suddenly I knew everyone he mentioned!  On January 25, 2009, Dee and I attended a Sovereign Grace church in our area to see C.J. Mahaney in person.  We continued to conduct our research, and we became more disturbed by the day.  Finally, we launched The Wartburg Watch on March 19, 2009.

In the three and a half years we have been operating this website, we have developed many wonderful internet friendships.  Some of those blogging friends we have met in person.  Not only are we in communication with them through the comment sections under our posts, but we receive e-mails and even phone calls on our Hotline.  Confidentiality is important here at TWW, and we have been able to help a number of individuals privately, some of whom have been hurt by SGM.  For those who felt compelled to share their stories, we have published their heart-wrenching testimonies.  Because we allow comments, the dialogue that has resulted has been therapeutic to our readers as well as the guest poster.

Exactly six months ago, I wrote a post on the Ambassadors of Reconciliation assessment of SGM entitled AOR Report Released:  Just How Unhealthy is SGM? The above quote came straight out of that report.  So many SGMers (both current and former) had hoped and prayed that AoR would conduct a fair assessment of Sovereign Grace Ministries and help repair the damage that has been done by hyper-authoritarian leaders, sin-sniffing, mishandling of sex abuse cases, etc.  Unfortunately, the AoR report was a huge disappointment!  The nine-month assessment of SGM appears to have been a terrible waste of time (not to mention money) for everyone involved.  Dee and I believe it is highly probable that the class action lawsuit against SGM is the direct result of the travesty done by the Ambassadors of Reconciliation (who appear to have been in cahoots with SGM leaders).

That lawsuit was filed yesterday (October 17, 2012) in Montgomery County Circuit Court, Civil Division.  Sovereign Grace Ministries, along with eight individuals are listed as defendants.  Brent Detwiler has acquired a copy of the lawsuit and has put it on his website (link). The three plaintiffs are listed in the lawsuit as follows:

3.  Jane Doe is a female high-school student residing in Virginia who was sexuallyassaulted when she was three years old. Due to the nature of the lawsuit, she wishes to use the pseudonym Jane Doe to keep her identity confidential. Jane Doe brings this action on her own behalf and on behalf of those similarly situated.

4. Norma Noe is a 22-year old female college student residing in Maryland who was sexually assaulted when she was two years old. Due to the nature of the lawsuit, she wishes to use the pseudonym Norma Noe to keep her identity confidential. Norma Noe brings this action on her own behalf and on behalf of those similarly situated.

5.  Robin Roe is a young woman residing in Maryland whose sister was sexually assaulted by a pedophiliac stepfather. Due to the nature of the lawsuit, she wishes to use the pseudonym Robin Roe to keep her identity confidential. Robin Roe brings this action on her own behalf and on behalf of those similarly situated.

Dee will be discussing the lawsuit in our upcoming post.

As mentioned previously, Dee and I wanted to focus on trends in Christendom.  Little did we know when we launched TWW that ABUSE – physical, emotional, and spiritual – would be one of those trends.  Within two weeks of starting our blog, we began hearing from those who have been hurt in some way by their church.  From the earliest days of blogging, our prime directive here at The Wartburg Watch has been to care for the victims.  Had this been done properly by SGM leaders, we would likely not be discussing a lawsuit like this.  It is beyond us how Christian leaders could make a three year old girl forgive the one who molested her.  May God have mercy!

Interestingly, SGM has a Pastors Conference coming up in late October during which they were to discuss 'polity'.  Looks like another topic has been added to their agenda…

In the meantime, C.J. Mahaney and his cohorts are in Louisville demonstrating how church planting is done.  As we have expressed numerous times in this forum, CAVEAT EMPTOR!

@PastorAdamGBC Well, he did get something right!

“For a long time what I thought a good Southern Baptist pastor should do was to send money and trust the system. We can’t do that anymore.”

Because he unfurled a pirate flag in the front of his church worship center...