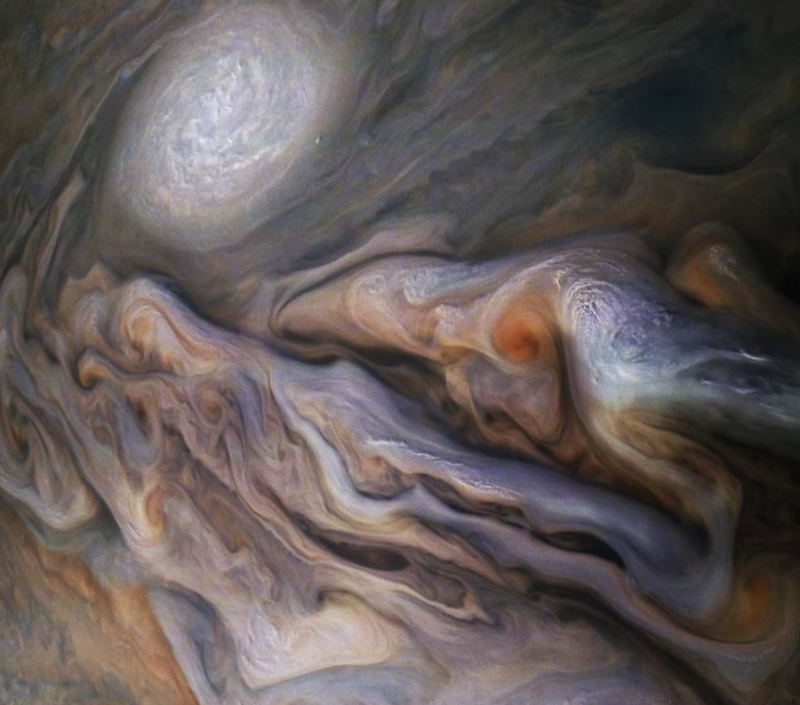 Sometimes people come into your life just to teach you how to let go.” – Unknown

I believe the TWW community is an excellent place to share our thoughts on how authoritarian churches attempt to control those coming under their umbrella of membership. I have written some posts that show the church membership covenant is a legal contract. I have also written about how churches use that contract to unfairly discipline members and will even retroactively discipline members who do not resign in a particular way as outlined in the covenant. This post, Church Membership Covenants – Legal Contracts that are NOT Biblical!, contains posts I’ve written on the subject, which I believe will help parse out this post published on the Christianity Today website: Ghosted Again. Pastors Respond to Disappearing Congregants: Church leaders seek fresh ways to prevent “backdoor exits” and adapt to shifting membership. I have subscribed to CT for decades and find many of their articles thought-provoking and informative. Sometimes, they present a story that doesn’t ask all the needed questions.

I get ghosting. It has happened to me, and I have also ghosted others. It is often better to tell someone that “we are going our separate ways,” but in some circumstances, it is better not to do so. I think of the Anglican church whose pastor wrote us a note that we “could now join the church” after my husband had a one-on-one with our former SBC pastor, basically telling him not to interfere with our ability to join a church. The Anglican pastor treated us poorly, and I knew he could figure out why we wouldn’t step foot in his church. We didn’t answer him.

In the CT post, pastors discussed how hard it was to deal with people disappearing without saying a word. Many claimed it was due to COVID. Others thought it was due to online services that many continued after COVID. The pastors had no idea if a member was watching online.

You can leave a church at any time, and you do NOT have to have the church’s permission, no matter what they say. 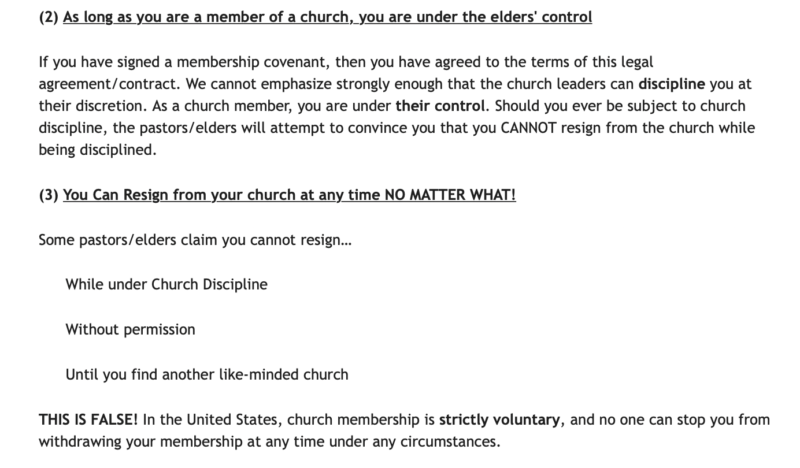 1. Church discipline, essential doctrines, and leaving the church are tied together.

CT demonstrated my concern in the first two paragraphs of the article. Church discipline and “leaving a church” is spelled out upfront in their example of Cross City  Church.

The membership packet for new congregants at Cross City Church in Columbus, Ohio, is pretty straightforward. There’s a section enumerating the church’s “essential doctrines,” including creedal beliefs like the Trinity and the saving work of Jesus on the cross. There’s a section about church leadership and discipline, explaining the church’s process when a member sins.

And there’s a curious section under membership, “How to Be Sent Out or Leave the Church”:

There are many ways in which God calls His children out of one spiritual family into another. Physical moving, leading to a new mission and disagreement are all ways in which He moves His children. All these may happen without sin and with a full and righteous leading of the Spirit. … We pray and ask the members of Cross City to be prayerful, honest and communicate concerns, offenses, hopes, ideas and convictions in an early fashion, rather than allowing them to fester in isolation and cause division, hurt, or other ungodly effects within God’s family.

2. Two pastors wanted to find a way to discourage ghosting by trying to figure out why people leave.

I understand this point. If a church truly wants to know why people leave without putting pressure on them, it can help it face its problems. It can also help a church understand that people have different needs, and sometimes a church can’t meet those needs,

If you ignore departures, you risk overlooking potential problems in the church that prompted people to leave.

(Many pastors are burdened to reach out to leavers, whether to make sure the church didn’t cause harm o )

3. Some pastors could see this as an opportunity to apply church discipline.

Read the wording in this quote.

Many pastors are burdened to reach out to leavers, whether (to make sure the church didn’t cause harm) or to extend a shepherd’s crook to the wayward, just as the shepherd in Jesus’ parable of the lost sheep in Matthew 18 left his 99 to seek the one that “wandered off.”

Here’s where it can become abusive as it did in Todd Wilhelm’s leaving of a 9Marx church in Dubai (John Folmar is pastor.) Todd discovered that this church (and 9 Marx) pushed CJ Mahaney’s materials and invited him to speak. Todd decided to leave, knowing he could not support the church in this endeavor. Right up to this point, Todd was in good standing. Suddenly this changed, and they put him under what I call “retroactive church discipline.” They claimed he needed to join another church immediately (although I think they were miffed that he left and used that as a good excuse.) Todd said he would take his time checking out churches before joining another like that church. He was put on a “membership care” list, where he stayed while fighting to have his name removed.

4. Why sign a membership contract when you don’t know what kind of pastor you get?

Frankly, some people spend more time figuring out what washing machine to buy than they do figuring out what kind of church they join. That can lead to problems. Few churches are willing to define, apriori, what they will and will not discipline. They lump it under “we do church discipline.” Ask questions. What does this church discipline? Can I leave whenever I want, or do I need “permission” from the leaders? If possible, attend without signing that contract.

As a former member of several megachurches, I am thrilled to be part of a church that knows my name. Not only do they pray for members by name during the worship service, but every year they have a remembrance service, recognizing those who have died in the past year. Each name is read and is followed by the sound of a bell. It is quite moving.

Before joining such a church, ensure you understand how they are “following up” on those who leave.

For pastors of megachurches, reaching out to ghosters might sometimes mean contacting people they’ve never really gotten to know. At Concord Church, Carter said he hasn’t fully implemented a good system to address what he calls the church’s “backdoor” exits. Part of his challenge as the pastor of a 2,500-attender church is recognizing
when someone leaves.

6. Some pastors seem to believe that everyone who leaves needs guidance from their church family.

In my case, I was a member of a megachurch in Dallas, Bent Tree Church, where I developed close relationships with all the pastors and elders. When it came time to leave (we were coming back to North Carolina), I talked with everyone, sometimes with tears, saying “goodbye.” Contrast that with another Bible church when we knew of the authoritarian leadership and wanted to get out quickly.

Now, imagine attending a 10,000-member church where relationships were hard to form. Do they need church guidance? The church doesn’t know them and, this is difficult to say, they don’t care. The members would have told them if the church cared and had developed relationships with those members. Many megachurches are a hot mess when it comes to this.

Burns said part of what makes ghosting so deeply hurtful for pastors is that it means those who left secretly—even for understandable reasons like starting a new job or moving away—chose to do it without prayer and guidance from their church family.

This pastor seemed to get it. In my current church, we sat there for over two years before we joined. The pastors got to know our names and would be most pleasant, never beating us over the head to “join the church.” I so appreciated their kindness and willingness to leave us alone that we finally reached the point where we wanted to be part of this church.

“If people are going to be loyal, they tend to be more loyal if they realize they’re there by choice and not by manipulation,” DelHousaye said. “We made it so that you didn’t have to be afraid to tell people you were leaving,” he said of his “come, grow, go” philosophy.

…Burns in Columbus is trying to create a similar culture in his small Ohio congregation. “You should be able to trust that the church is not desperate to have you,” he said. “Otherwise, you shouldn’t be going to that church.”

The key for each pastor to create such a culture, DelHousaye said, is remembering whose church it is—not the pastor’s.

8. Small groups can be one way to establish a connection but beware.

Some small groups function in an authoritarian manner with the blessing of the pastors. There are admirals in rowboats in any situation where a person can feed his inner control freak. There is one church in Dallas where the small group is given the task of telling a person not to leave for a new job or reviewing each person’s finances to ensure they are tithing. However, I have been a member of some wonderful small groups that have supported me through difficult times. Just be smart. Be cautious anytime you join a small group or a church.

9. Transience can be a strength.

“We’ve been given this opportunity to give people Christ, to have them experience biblical community,” he said. “We’re given this short period of time, and we don’t know how long that’s going to be. So we really have learned to try to maximize that opportunity as much as we can.”