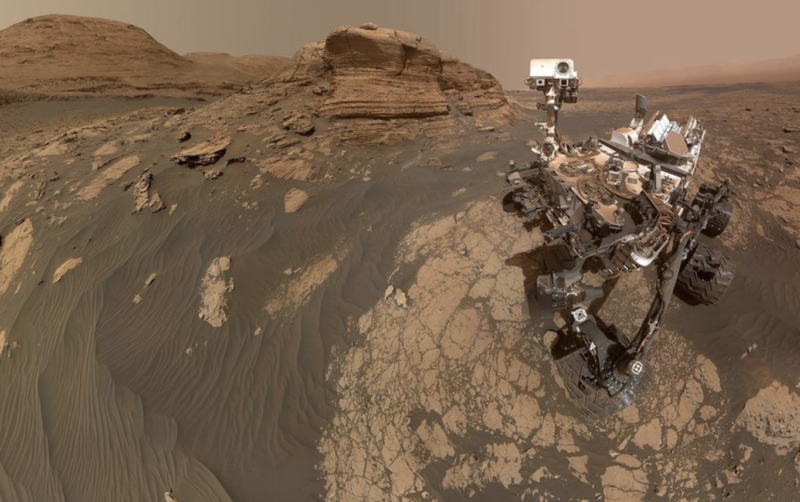 The Curiosity Rover takes a selfie on Mars-NASA.

“All the great things are simple, and many can be expressed in a single word: freedom, justice, honor, duty, mercy, hope.” Winston Churchill

This is going to be a quick post. I wasn’t feeling well today, and while I was resting, I thought about the following post and thought it might be good to continue the discussions regarding the SBC and its history of sex abuse. From my post on Wednesday, it is possible to assume that significant seminaries in the SBC are open to enrolling people with a criminal history of sexual abuse.

When Julie Roys called me and told me about Chatham, I was stunned. Indeed, Danny Akin knows better. He’s been through the Caring Well stuff and has presumably read the Guidepost Investigation. What in the world was he thinking? For me, the train has left the station. I have concluded that SBC is not safe for children.

But what is the DOJ looking for?

Bob Smietana, writing for Religion News Services, posted The U.S. Department of Justice is investigating the SBC. What does it mean?

The article interviewed “Kathleen McChesney, a former FBI agent who served as executive director of the Office of Child Protection for the U.S. Conference of Catholic Bishops.”

This next part is interesting. The former U.S. attorney said they declined to bring charges after the RCC published a list of credibly accused clergy. What does this remind you of? That’s right—the secret SBC list of accused sex abusers.

The DOJ generally gets involved only when a federal crime may have occurred, often when victims are transported across state lines as part of an illegal act.

While it has been rare for the FBI or other department investigators to look into religious groups’ activities, the DOJ is currently investigating the Archdiocese of New Orleans to determine whether abusive Catholic priests took children across state lines, The Associated Press reported in June.

“The issue has always been determining what is the federal crime,” Peter G. Strasser, the former U.S. attorney in New Orleans, told AP earlier this year. Strasser, according to AP, “declined to bring charges in 2018 after the archdiocese published a list of 57 ‘credibly accused’ clergy.”

The Baptist Standard also posted What does the Justice Department’s SBC investigation mean?

In the following statement, McChesney refers to the Guidepost investigation report as something to look at.

“If I were still in law enforcement, I’d want to take a hard look at the report myself and see if there is anything of potential value to prosecutors in terms of bringing criminal charges against an offender, or if there is anything that law enforcement needs to do to in order to prevent a crime,” said Kathleen McChesney, a former FBI agent who served as executive director of the Office of Child Protection for the U.S. Conference of Catholic Bishops.

But…times have changed, and the #Metoo #Churchtoo movement is on the radar of law enforcement. If you haven’t seen the movie, Spotlight, do so. It is historically significant. The effects of the Boston Globe investigation of the RCC opened the eyes of the world. I found out Father Birmingham, mentioned in the movie, molested my friend that I grew up with in Salem. We all used to play in the St James parking lot, racing go-karts, and Fr. Birmingham used to hang out with us. He liked kids…

McChesney said the #MeToo movement has also made investigating sexual assault and domestic violence more of a priority than in the past. Federal law enforcement is in a different place than in the early 2000s, she noted, when The Boston Globe, The Boston Phoenix and other outlets revealed the extent of sexual abuse in the Catholic Church in Massachusetts.

“The whole landscape has changed over the past two decades,” she said, pointing to Pennsylvania Attorney General Josh Shapiro’s investigation that turned up more than 300 cases of clergy sexual abuse in the state’s Catholic parishes over the past 70 years.

When federal investigators target churches or religious figures, McChesney said, other issues, such as fraud or discrimination, have normally been involved.

And the most important statement, in my opinion, is this.

I wonder, was there collusion on the part of SBC leaders to cover up and protect an abuser? I can think of some things that happened in the far and near past.

My final thought is this.

We live in a new era, and the public is less likely to stand for pastors covering up for abusers. Was there collusion?  I, along with Todd and others, have written story after story about sex abuse with the SBC refusing to act, I would say it is possible. I think the SBC has reason to be nervous.