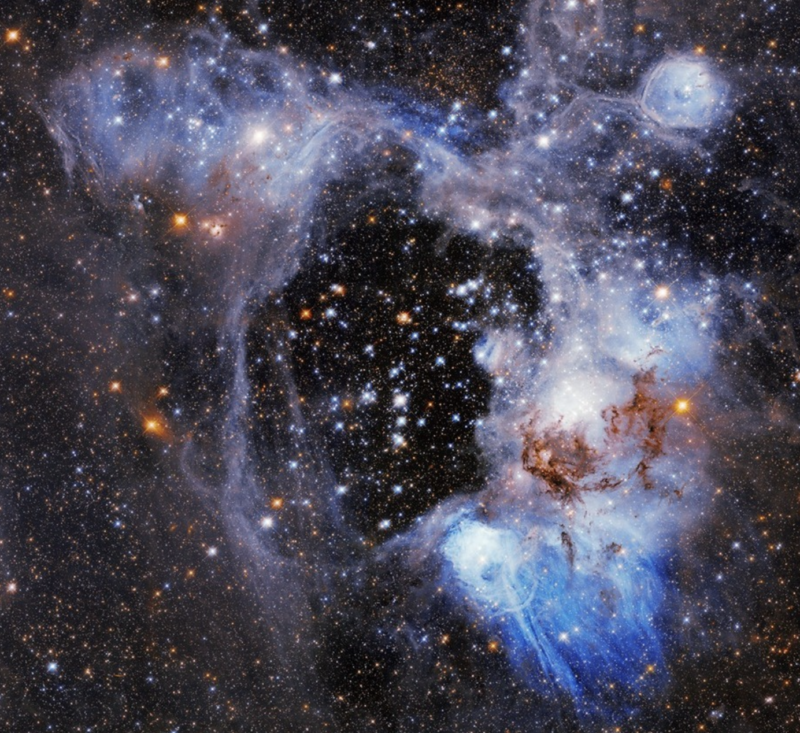 This nebula is glowing with hydrogen gas and filled with enormous stars, dust, and … a bubble? NASA

I am getting ready to drive home from my vacation in Florida, so that this post will be short but no less provocative.PM quotes American News in Professor says minors can be ‘enthusiastically involved’ in ‘initiating sexual activities with adults’

Professor David Finkelhor of the University of New Hampshire …When trying to prevent sex crimes against children, it’s key to realize that in some cases, it is the children themselves that are “initiating sexual activities with adults.”

The professor says that sex with children is considered a crime, but…

Wherein a minor “voluntarily” engages in sex with adults is a controversial topic of conversation precisely because “discussions of voluntary relationships to some people, opens the door for ex-offenders to feel like this is something that they can do.”

There is much confusion in the law over the permissible ages for consent.

“In some states, in some jurisdictions, there are restrictions for 16 and 17-year-olds, so their prohibitions are that it’s illegal for a 16 or 17-year-old to have a relationship, say with an adult who is more than five years older than they are. And one of the problems in this area is nobody knows exactly where the law should create these distinctions. There’s not good enough research on issues related to maturity with regard to sexual behavior, that allows a clear demarcation here,” Finkelhor said.

He thinks that we need to help children understand why sexual relationships with adults are not allowed by the law.

I think they need to understand from their point of view, why these relationships don’t work out, why the age difference turns out to be a problem, why they need to have somebody who is more going through the experiences of life that they’re going through.

For Finkelhor, much of this prevention should be rolled into “comprehensive sex education,” which to his view, mostly teaches children and teens avoidance strategies as to how to know adults are trying to take advantage of them, but do not account for a child or teen’s feelings that they want to engage in this behavior with an adult.

He believes that many older children will believe that such relationships are desirable, which may cause them not to cooperate with the police.

“They oftentimes the ally with the offender, they refuse to cooperate, to do a better job on these investigations. It may be important for advocates and police not to automatically treat the youth as though they’re a victim. They can treat them they can talk with them about the reason why we have these laws and why such people who violate these laws need to be prosecuted, but they don’t need to necessarily treat the victim as the treat the youth as a victim if they that’s not the way they see themselves.

The professor’s lecture on the subject caused some in the media to jump to conclusions. Fox News reported New Hampshire professor clarifies claim that children can initiate sexual predatory behavior in adults.

The professor is the director of the Crimes Against Children Research Center, and his lecture caused a bit of an uproar.

A University of New Hampshire professor  recently warned that people should not assume all pedophilic conduct “starts “with a predatory or criminally inclined adult” because sometimes children initiate the sexual acts with adults who are not otherwise “criminally inclined.”

The professor clarified his comments with Fox News.

“Adults are fully culpable of a crime if they have sex with a minor under the age of consent, whether or not the teen initiates it or participates voluntarily,” Finkelhor said. “The adults should be prosecuted.  I do not condone adults having sexual contact with minors.”

He went on to clarify what is meant by pedophilia.

Finkelhor also took issue with journalists reporting that his comments are related to pedophilia.

“This term applies only to people (men) who have a sexual interest in pre-pubescent children. Adult sex with a teen is a serious crime but not pedophilia,” Finkelhor said. “My talk was exclusively about adult sex with teens. Some of that involves adult women and teen age boys. Still a crime. But even people who like to misuse the term pedophile don’t tend to apply it easily to those cases. Police and child protection need to work with those boys, and therefore they need to understand the dynamics.”

Dr. Finklehore is well respected in the area of crimes against children. I think his talk was misunderstood. However, he must be cautious in his presentations since it appears his statements were taken out of context but those who quoted segments of his lecture. Thoughts?