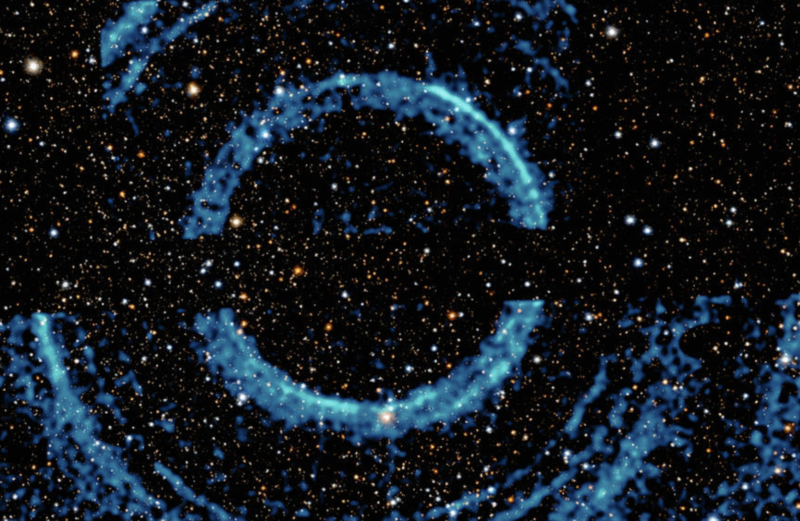 Huge Rings Around a Black Hole-NASA

Do you think the Stargate writers got their inspiration from this? I’m a fan of the entire two series.

My mother is still in the hospital. She was sicker than we thought. Guests are arriving for Abby’s wedding starting on Tuesday. Please keep my mom in your prayers.

I am so grateful for all of the bloggers out there who continue to follow stories and issues that are meaningful and important to them. Rob Speight contacted me about his website and the following post that he thought I might find interesting.

Bill Hybels: should he be honored for his “once-in-a-generation ministry?

At the core meeting 2 months ago, Dave Dummitt directed Shawn Williams to share with the Sunday morning congregation the view that we can honor Bill Hybels for his unique once-in-a-generation ministry contributions, while at the same time acknowledging that he has a “shadow side.” The core of Willow Creek enthusiastically applauded the idea. That has yet to happen. Shawn Williams hasn’t. Neither has Dave Dummitt. I suspect it has not happened yet because it is not going to happen … ever.

…both Dummitt and Williams seemed to demonstrate their ignorance of the scope of Bill Hybels’ sexual predation.  They sounded clearly clueless about the price and pain that Hybels’ behavior inflicted on his victims.  Since there’s been no follow-up on their proposed Sunday morning mention of Hybels, it’s safe to assume that multiple sources have told them that they made a grievous error to even suggest such a disgusting gesture.  They obviously realize that they made a mistake.

Rebranding of Willow Creek: a publicity campaign to make people think better about an organization.

Dave Dummitt could not be more excited about what will be happening at Willow in the Fall.  In fact, he thinks that so many more people will be coming to Willow that he fears they won’t have enough volunteers to serve the guests.  One might wonder, what does he think will cause this new influx of people to Willow?  Is there going to be a revival?  Is there going to be repentance?  A renewal of commitment to the Savior?  A rededication to engaging with Scripture?

No, Dummitt actually said that these yet to be identified new people will be coming to Willow Creek Community Church because the church is rebranding.  Yes, Willow Creek has hired Storyland Studios out of California (storylandstudios.com) to do a major rebranding.  Although Dummitt has told the staff that this is happening, the staff doesn’t know what the rebranding entails, but it’s going to be major.

Essentially, rebranding is a publicity campaign designed to improve how people think about an organization.  Storyland Studios itself  describes the process like this under its website’s Brand and Guest Experience menu tab:

…How do you want people to experience your brand? We love to take the strategic story of a brand and shape it into something people can walk into, interact with, and inhabit. Whether you’re developing a new brand from the ground up or building on an existing one, our team can help you define and create experiences that bring your brand to life in ways that propel your strategy and keep your guests engaged, immersed, and coming back for more. When we work with brands to shape immersive experiences and activations, we leverage our three-dimensional storytelling approach to add layers of meaning and connection for guests and employees alike. From concepting and executing the experience, our team of digital marketing strategists and designers are able to build an executable marketing strategy to promote your brand and experience in the world.

Trust has been broken.

…Trust has been broken by the leadership of Willow Creek for years. If trust is ever to be rebuilt, the maneuverings of the leadership will need to become a lot less obscure. Maybe it’s a good idea for Dummitt and his crew to try actually practicing transparency. Because ironically, the more they merely claim it, the more we see right through them.

Did you know that the church has been dealing with sex abuse in the church for about 2,000 years?

Is sex abuse in the church a more recent development? I have thought about this question since I started blogging. My friend, Eric, sent me a link to the following post which I found fascinating. Ancient Evil of Abuse in the Church: Jean Varnier, Ravi Zacharias and Irenaeus’ Warning 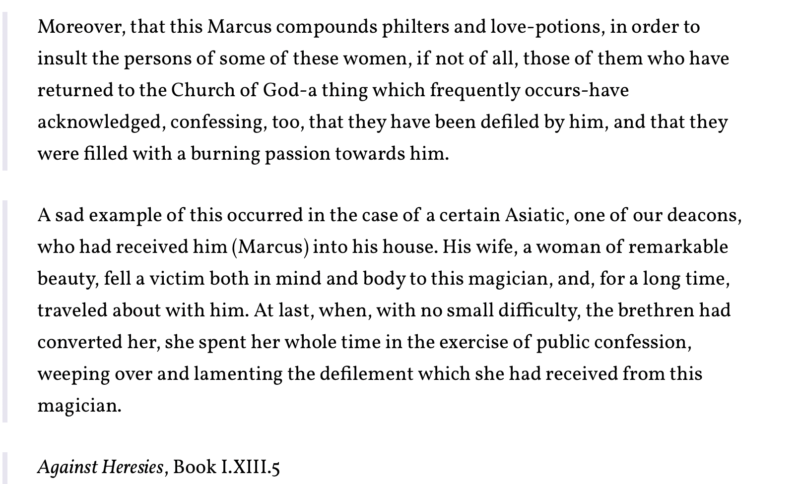 Women need to beware of pastors who use crude sexual language.

I had some trouble with this writing of Irenaeus. He claimed that these women needed to make a public confession of their sins. There does not seem to be an understanding of clerical abuse and trauma. But he did write this 2,000 years ago. It has taken us 2,000 years to begin to attack this sort of abuse.

Unfortunately, the present-day author, Anthony Costello,  appears to believe that present-day women, who are abused by Christian leaders, may need to repent of their sins in the matter. He does not seem to have an understanding of the power differential between the church leaders and the unsuspecting victim in his congregation.

Catholic priest abuse was documented in the 1600s.

Opinion: The Catholic Church has a long history of child sexual abuse and coverups by Karen Liebreich.

Unofficially, I was trying to find out why the order, founded by a Spanish priest named Joseph Calasanz, had been suppressed in 1646, just over 20 years after its establishment, a rare fate for a religious order.

Historians who had addressed the suppression — nearly all of them Piarist Fathers, as members of the order were known — said that the Pious Schools had been shut down as punishment for the order’s close association with the astronomer Galileo, who had been convicted of heresy by the Inquisition in 1633. But after spending several years in the archives researching the priests’ educational methods, I came to suspect that the order’s suppression owed more to the sexual activities of some of the priests with their pupils than to their scientific iconoclasm.

…Calasanz opened his first school, dedicated to providing a free education to boys from poor families, in Rome in 1597. More schools soon followed. In 1629, the first accusations of child abuse were made by fellow priests; according to contemporary letters and documents, there were “impure friendships with schoolboys” and “many accusations of impurity and ill-reknown.” One Piarist priest, Father Stefano Cherubini, was a particular focus of the accusations.

Calasanz wrote to the administrator of a nearby school, whom he had sent to investigate Cherubini: “I want you to know that Your Reverence’s sole aim is to cover up this great shame in order that it does not come to the notice of our superiors.”

Cherubini was swiftly promoted by Calasanz, first to rector (the equivalent of headmaster) and then to visitor general (an inspector). Soon, more priestly abusers were discovered, promoted and moved to new schools, in a policy known as promoveatur ut amoveatur, or promotion for avoidance. The rules of the Pious Schools were unequivocal about the sin involved, but in each case Calasanz’s first priority was protecting reputations: the order’s and the perpetrator’s.

…n 1643, Cherubini, by now a known sexual abuser of children, replaced Calasanz, appointed on behalf of and with the knowledge of the papacy, as head of this respected religious order, whose sole mission was to teach young boys.

,,,Calasanz was canonized in 1767, and in 1948, Pope Pius XII named him “Universal Patron of all the Christian popular schools in the world.”

Sexual abuse amongst the Puritans in the 1600s.

Only one clear case of sodomy appears in the court records of Plymouth colony. The case was heard on March 1, 1641/1642 and involved three men, Edward Michell, Edward Preston, and John Keene. The first two men were presented on charges of “lude & sodomiticall practices tending to sodomye” with one another. The third, John Keene, was propositioned by Edward Preston, but “he resisted the temptacion, and vsed meanes to discouer it.”

Ambrose Fish was indicted “for that hee, haueing not the feare of God before his eyes, did wickedly, and contrary to the order of nature, . . . by force carnally know and rauish Lydia Fish, the daughter of Mr Nathaniell Fish, of Sandwich aforsaid, and against her will, shee being then in the peace of God and of the Kinge

Perhaps the best known sexual offence in the history of Plymouth Colony is the 1642 case of young Thomas Graunger who was found guilty of “buggery with a mare, a cowe, two goats, diuers sheepe, two calues, and a turkey” and sentenced to death by hanging

That the young were sexually abused was well known to nineteenth-century Americans. In New York City, between 1790 and 1876, between a third and a half of rape victims were under the age of 19; during the 1820s, the figure was 76 percent. The historian Lynn Saccofound more than 500 published newspaper reports of father-daughter incest between 1817 and 1899. An 1894 textbook, A System of Legal Medicine, reported that the “rape of children is the most frequent form of sexual crime.”

We should not be surprised to find pedophiles, rapists, molesters, and all sorts of deviant personalities in the church. I believe that those who practice such behaviors target the church where they find naive and trusting individuals who do not understand that churches are targeted by such individuals. Let’s get smart. It happened 2,000 years ago and it continues to occur in 2021.