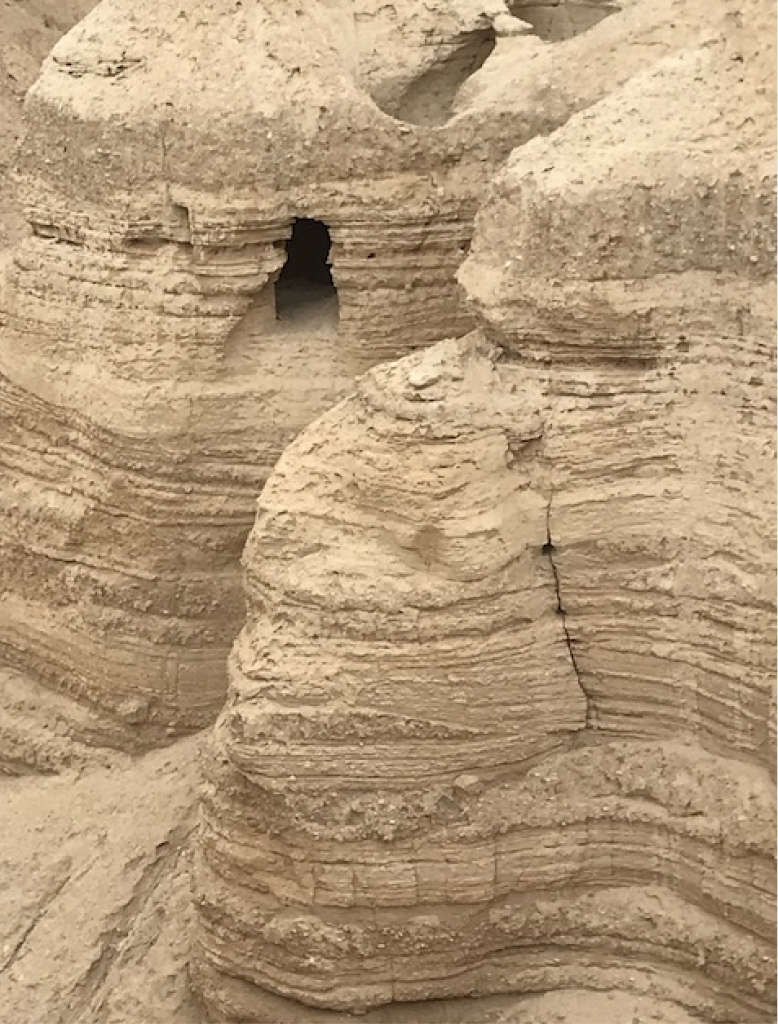 1/23/19 Update: I have no idea why I confused plaintiffs and defendants in the post. It’s fixed now. Sorry about that!

An Israel Vignette: Dee’s trip starts with a bang!

Over the next few weeks, I’ll be sharing short observations of my trip so you won’t get bored. After all, this is not a travel blog.

Warning: Avoid JFK if you are planning on visiting Israel or any of the Arab countries. They shunt you into the most ridiculous queue to go through an extra check point. (I have a global pass which was useless in this situation.) So many people missed flights due to this situation. I tried to help one young teen who was going to Dubai to study agriculture but to no avail.

Thankfully we made it to our El Al flight which left at midnight. At least half of our 747 was filled with Ultra Orthodox Jews dressed in traditional clothing. Here is an explanation. Most men boarded with a long black coat and tradition hat. Some removed their coat and donned a prayer shawl during the long flight. I had never seen a  Tefillin before and watched one man putting it on in the boarding area.The women wear long dark skirts and keep their hair covered. There was little mixing with the non-Jewish passengers. However, I had a short conversation with one man who was trying to calm down his baby. He opened up for a few minutes after I told him his son was beautiful.

Some of the Orthodox men ignored the flight attendants warning to sit down during descent. I had a quiet giggle when the head flight attendant ( a no nonsense woman who appeared to have some military training) came marching up to the recalcitrant man and a tongue lashing ensued. She won.

I feel asleep for a few hours and when I woke up, I was covered with a blanket. One of the flight attendants told me I looked cold and she wanted to make me comfortable! As we began our descent into Tel Aviv, the turbulence was noticeable. Suddenly, a flash of light lit up the cabin and it sounded like someone banged on the plane. I had experienced this one time on a flight to Baton Rouge when the plans was hit by lightening. However, the flight attendants and the pilots appeared concerned,pderhaps fearing it was something else. Those El Al folks know what they are doing. Thankfully, within about 10 minutes they determined it was simply lightening. The pilot spoke to the passengers telling us that we would be safely arriving in Tel Aviv and that we would have a story to tell our friends.

As I was waiting to board my flight to Israel, I saw a bunch of tweets and texts, alerting me that James MacDonald had decided to drop the lawsuit against Julie Roys and the good folks at The Elephant Debt (TED). I immediately texted TED and was thrilled to receive confirmation.

I had predicted that the lawsuit might be dropped once the plaintiffs started asking for documents that might reveal things like James MacDonald’s salary and benefits as well as the debt of the church. I also outlined a number of problems with the lawsuit in James MacDonald Sues Bloggers for Defamation. There Are Reasons Why Defamation Lawsuits Rarely Succeed

The motions to suppress access to relevant information by the defendants

It is important to understand the right of defendants to access to information relevant to lawsuits. I believe there are many pastors who are aware that such information may be quite damaging to them, especially in the eyes of those who contribute to ministries. Many pastors of large churches go to extreme lengths to prevent the average pew sitter from accessing certain information. For example, how many of you would fork over your hard earned bucks to help your pastor purchase a multi-million dollar *manse*? Few people would do so and that is why such pastors fight tooth and nail to never have their salary revealed to their church members.

What I don’t understand is James MacDonald’s apparent surprise that the court would not allow him to prevent the acquisition of the truth by the bloggers. Is MacDonald really that deluded? Why would he assume the court would allow the following stupid motions?

The first of these motions was a Emergency Motion for a Protective Order.  In short, this motion sought to have the judge “seal” any documents that had been returned thus far via the discovery process.  As you know, subpoenas had been sent to the following individuals: Brian White, Maida Korte, David Wisen and Rob Williams.  All parties, including the Plaintiffs, had already received copies of these documents that had been returned by White, Wisen and Williams; and thus all parties knew exactly what these documents contained.  MacDonald and Harvest were essentially asking the Judge to prevent these documents from being made public.

The second motion, which was a Motion to Stay Discovery, attempted to ask the court to put a halt to all further discovery until the three Motions to Dismiss were heard later this spring.   Put another way, the plaintiffs were attempting to have the Judge bar the defendants from conducting any further discovery until sometime after the month of March and/or April.

Why are those motions stupid? In the United States, defendants are allowed access to documentation from the defendants in order to prove that their judgements were based on available information and not made up lies. I pondered MacDonald’s motions the entire time I was in Israel. Why in the world did he think that he could block the bloggers from accessing relevant information? Was he not warned of this by his attorney? Was MacDonald living in an alternate universe, somehow believing that he would be exempt from such discovery?

Are James MacDonald and his elder board are *keeping secrets* from their church members?

It sure looks that way to me. Religion News Service posted Harvest Bible Chapel drops lawsuit against bloggers, writer.

Such lawsuits brought by churches against their critics are rare, according to Frank Sommerville, a Texas lawyer who assists churches in preventing litigation but never has worked with Harvest.

By not providing the documents necessary to prove the bloggers’ and reporter’s stories false, the church is “basically conceding” that they’re accurate, Sommerville said.

Roys responded with a tweet linking to Harvest’s announcement, calling the lawsuit “shameful” and adding, “Strange. I thought they had nothing to hide.”

In a written statement shared with Religion News Service, Roys pointed out she had not yet published anything about the church at the time it filed its lawsuit against her. She simply had contacted Harvest for a response to the allegations made by former elders and staff.

“It seems Harvest’s decision to drop the suit was motivated by a desire to suppress the truth and maintain its secrets,” she said.

The Executive Committee of Elders didn’t clear things up.

Why would a group of so called Christian church leaders attempt to hide information from the defendants? And exactly what were they attempting to hide? I guess we will never know until someone leaks the information and you can bet that is going to happen. It already is.

Take a look at their “court case dropped” letter posted on the HBC website.

On advice of counsel, we still believe their actions to be illegal. However today the court ruled, contrary to expectation and legal precedent, that it would not stay further discovery while the case is under defendants’ motions to dismiss, nor would it restrict the publicizing of that discovery during the trial process.

Recent events have made it clear that any further private content subpoenaed from third and fourth parties will likely be publicized online.

It appears that they would have you believe that there is no legal precedent for allowing discovery by plaintiffs. Codswallop! Defendants have the right to prove their case. These elders are tipping their hand. They are scared to death that some information might be publicized by those confounded bloggers. I would certainly post anything I found out. What might that information be? Money? Who gets paid what?

They appear to be saying that this all about protecting their innocent friends. Such noble motives…

The result is that even if we filed a motion to reconsider, even if we amended the complaint to exclude private matters sensitive to some third parties, the court appears unwilling to protect our many friends, including those with whom we seek to reconcile. In good conscience we cannot knowingly subject innocent people

This looks like more nonsense to me. If I had a friend who was being unfairly maligned, I would be happy to testify. But, then again, I don’t have much to hide when it comes to issues of money and lifestyle expectations…

Once again, they mention their personal and organizational faults. I believe that this is where they were, are, and will continue to be, susceptible. I would not want to march into court knowing the many faults to which they have already admitted.

With this decision, we can again focus our energies on continued growth in personal and organizational faults we have owned, enduring what is false, and striving to mitigate the damage such attacks bring to our church family and friends.

They claim to want to meet with the former defendants to *reconcile.* Due to my experience in these matters,  I would suggest that the defendants not step foot in a room with these men. They have already proven their willingness to sue for no reason at all. If they really wanted to *reconcile,* they would not have started off with a lawsuit. These do not appear to be *nice* men

Some say an implosion is imminent.

They were correct. The MacDonald situation reminds me of what happened to Mark Driscoll and Mars Hill. I find it difficult to believe that MacDonald will last at HBC. In other words, he should prepare to experience a never-ending *sabbatical.*

Tomorrow, I plan to look at MacDonald’s sudden *sabbatical* in Naples, Florida, and his plan to headline, on occasion, at the HBC there. I hear he has obtained some nice digs in the area. Except…the local pastor said something along the lines of “No freaking way is he stepping into this pulpit.” He got fired….

James MacDonald: Pay the legal bills for TED and Roys and take a lengthy time out.