“No one toxic will offer you apologies, explanations or closure. The toxic person does not recognize their own issues. In any case, you have the power to heal without their participation.” Peter Shepherd 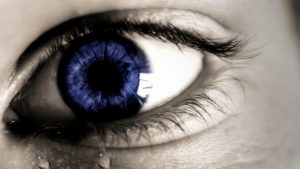 I left a message for Pastor Longaker on the church phone, offering him a chance to respond to the following stories. He sent me an email when I posted the original story because I had asked him to share with me the statement he planned to make to the church. In today’s message I said that I would be posting that original email on Monday and offered him the opportunity to add to that response.

This is Christy’s story told in her own words.

I met Mr. Longaker when I began working at a local Christian bookstore when I was 17. At some point, early in my employment there, he had told me that he had served a year in prison for something that had happened between him and a young girl at a former Christian school where he had taught. Even then, he made it sound like he was a victim, that this girl threw herself at him and he ended up in a situation where he had no choice but to plead guilty to the charges. I even remember his Parole Officer coming to the store on multiple occasions to check on him—while I was there, standing behind the counter.

He began his pursuit of me by contact such as touching my lower back, brushing past my back side while we were behind the counter, all the while becoming more and more sexual. He continued this behavior from the fall of 1999 into the spring of 2000.

I remember him telling me that I had a great *bottom.* He would rub his private area against my backside while we were working behind the counter, and ask me if I could feel how hard he was. I remember him inserting his fingers into me, under my skirt, while pretending to fix something below the counter, so he was out of sight. On one of these occasions, he took my underwear off and put them in his briefcase to take home.

However, in the spring on 2000, my father ended up finding out something sexual was going on between the two of us. My father confronted him and told him to stay away from me. I was then sent away to live with people in another state for several months.

In the late summer of 2000, I came home and began working there again. At this point, I was 18, and felt that I had control over my life. John began his pursuit of me again, inviting me to stay over at his home while his wife and son were away visiting family for a night. I did this. I will never forget driving home the next day and feeling so disgusted with myself. I couldn’t shower enough to wash it all away. It was soon after this, that I put a stop to it all. While I continued to work at the store, I began dating. Finally, in June of 2001, I found a new job.

Thinking back, I knew he had moved back up to New England. Until recently, I didn’t care where he was or what he did, so long as he never entered my life again. I held this all in and did my best not to confront it, until someone randomly sent me the link to this article, John Longaker, a Convicted Predator, Is Now a Pastor and His Brave Victim, Kelly Haines, Wants to Know Why not realizing my connection to Kelly’s story. This article has opened up wounds that I have spent years trying to contain.

When I found out he was a pastor at a church, my anger and disgust began boiling over inside of me. Unlike Kelly, who has tirelessly fought for her voice to be heard, I have quietly lived with the impact of his actions. I have lived with shame and brokenness, as many victims do. Mr. Longaker might have thought that his only accuser was Kelly Haines, but my story will no longer remain quiet. Mr. Longaker lacked the foresight to recognize that his teenage victims would eventually grow-up.

Given what we know of Kelly’s experience with Mr. Longaker, my own personal experience, and knowledge of others who have had similar encounters with him, my concern is that his predatory behaviors utilize his platform of Christianity; knowing he is in a position of power. I am appalled that his church would stand by him as he adamantly denies wrong-doing so in the face of great evidence.

This platform that he has managed to attain gives him easy access to misguide and manipulate vulnerable individuals. This “nice” guy, is a sick human being, who continues to distort the word of God to match his personal agenda. While I fully believe in the power of Christ’s restoration and forgiveness, from his response to the article, it does not appear that this man has ever repented of his sins.

This fact is evident: even when given an opportunity to be honest, he quickly turns the story to maintain his own innocence and minimize the truth of his victim. That is not the voice of a man who is truly sorry for the damage he has done. That is the voice of a coward, who hides behind Christianity and his own warped view of forgiveness. I may never see justice in my lifetime. I may never have total freedom from the damage he inflicted on me. But he will face a JUST and HOLY God someday. And I know, in that day, he will atone for his sins.

I didn’t want to come forward. I didn’t want to face this haunting point in my life. But I do believe there are others out there. And if speaking up and attaching my name to something so significant will help another person come forward, or stop his ruthless use of power, then so be it.

I want my message to him, his elder board, and his church abundantly clear: I am no longer silent. My voice will be heard. To use the words of your “friend”, Mike Adams, Mr. Longaker: If your pattern of behavior has continued, I promise that I will pursue formal criminal and/or civil charges and I will contribute my own personal resources and the vast resources available to me to hold you responsible. Make no mistake about that, sir.

(editor:10/27/18-name changed due to overwhelming response)

Sarah has been bombarded with phone calls from her local community. She is very upset. I tried to explain that once something is posted, it never goes away. Anyone looking for her story will be able to find it if they wish. I received full permission for the posting of her story. I warned her that the blog was well read and encouraged her to use a pseudonym as well as keep her reason for seeking counseling private. She said to use her real name and said to say why she sought counseling. I made one small mistake and attributed something to her that Kelly Haines had said and I corrected that immediately and notified her that I had done so.

Suffice to say, I carefully covered her story and everything that I wrote had been approved by her. But, because she is so upset over the response to her post and I know she lives in a small community, I am removing her post.

However, this is a brief description of her part of the post. She felt like Longaker downplayed her story when she went to him for counseling. She wished the church had informed her of Longaker’s arrest as well as letting her know of the presence of a sex offender in the congregation.

Sarah’s story was important because it showed the more recent mindset of Longaker.

Kelly pointed out the following to me. She noted that Longaker doesn’t put his full name on the church website which is correct as of today. That causes me to wonder if that oversight is intentional…

This comment by Christy needs to be read again and again. Predators of children and teens usually forget something.

Mr. Longaker lacked the foresight to recognize that his teenage victims would eventually grow-up.

Thankfully, Christy and Kelly grew up to be brave women and Sarah courageously joined them to tell the stories that needed to be told.

"Is Guidepost Solutions Really the Solution to Investigations in the SBC?" New TWW post. What in the world is going on here? https://t.co/HsOMgAtY0q https://t.co/6yqAYwm2DZ
View on Twitter

@ChristaBrown777 @wartwatch @ashleymeaster Can you imagine if half of all pastors were women! Clergy sexual abuse would drop greatly and they would be the ones to implement strong protections to keep congregants safe; as it’s been proven the old boys network are failures at it!👇 https://t.co/nBDoQZsZsD
View on Twitter
1
0

Yeah, if Jesus is subordinate to the Father in the Trinity, women should be submitted to men, both now and in eternity. https://t.co/5TsprkCEM3
View on Twitter
0
3