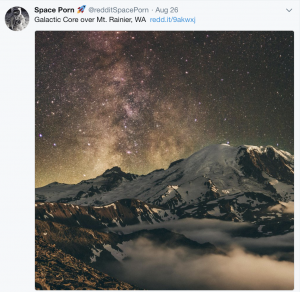 TWW stands with the victims of Lee McFarland!

The Assemblies of God news website presented a story on a pastor, Lee McFarland, who left corporate America to start an AOG church in Surprise, Arizona, a rapidly growing suburb of Phoenix.The article, THE RESTORATION OF LEE MCFARLAND, written by John W Kennedy, discusses the rise of his church, Radiant, to become the fourth largest AG church in the United States, attracting about 6,000+ attendees each week and then there was the fall…

The Assemblies of God

This denomination is Pentecostal and is the largest denomination within Pentecostalism.Their statement of 16 Fundamental Truths is the outline of their core doctrinal beliefs.

They hold to many of the core doctrines found in many evangelical denominations such as the Trinity. (This differentiates them from Oneness Pentacostalism which rejects the doctrine of the Trinity.) They also believe in a second baptism called the baptism of the Holy Spirit of which speaking tongues is the primary evidence of this baptism,

THE INITIAL PHYSICAL EVIDENCE OF THE BAPTISM IN THE HOLY SPIRIT
The baptism of believers in the Holy Spirit is witnessed by the initial physical sign of speaking with other tongues as the Spirit of God gives them utterance.

They hold to divine healing which is deliverance from sickness and is a privilege for all believers.

Divine healing is an integral part of the gospel. Deliverance from sickness is provided for in the atonement, and is the privilege of all believers.

Lee McFarland misused his pastoral privileged to have an affair with a church member and the AG (Assemblies of God) leaders seem to believe that it is all in the past.

Let’s first take a look at what the AG news website said about this.

Yet in 2011, McFarland’s idyllic life came to a crashing halt. McFarland confessed to moral failure, resigned from the church, repented, and submitted to a two-year period of healing and restoration.

Subsequently, a couple who formerly attended Radiant, filed a $6.6 million lawsuit against McFarland, the church, and the Arizona Ministry Network, making graphic claims of how McFarland had breached his pastoral and counseling duties over an 11-month period by manipulating the wife.

However, according to AG leaders, he was repentant and that got him back in the pulpit in 2 years.

McFarland’s wife, Sandy, a skilled scanning electron microscope technician, easily could have supported herself. But Sandy recognized Lee’s genuine sorrow and repentance, and stayed in the marriage, now in its 36th year.

The AG leaders and McFarland do a *Tullian Tchividjian*

Tchividjian did exactly the same thing and is now claiming that he has been restored to preach. We wrote about this in Tullian Tchvidjian and a Lutheran Response.

.Just as he preached openly about his struggles at Radiant, he remains transparent about his failures at Covina. That has given him an inroad to reach millennials, many of whom have absentee dads.

…People are more willing to listen to someone who’s traveled through intense hurt and pain — and talks about it from the pulpit — than someone who just says life’s always been good,” McFarland says. He says he submitted to the rigorous AG restoration process, in part, to be an example to young people who looked up to him, especially his two children, Josh, 25, and Krissy, 24.

“People are more willing to listen to someone who’s traveled through intense hurt and pain — and talks about it from the pulpit — than someone who just says life’s always been good,” McFarland says. He says he submitted to the rigorous AG restoration process, in part, to be an example to young people who looked up to him, especially his two children, Josh, 25, and Krissy, 24.

To make matters worse, the AG leaders seem to be more concerned about the *lurid* details and the settlement of the lawsuit which are still online.

Although the suit has been settled, the lurid accusations still are on the web.

What really happened to Lee McFarland and his victim? Let’s look at those lurid details.

In 2012, the Phoenix Family Law News reported in Couple Claims Pastor Planned to Destroy Their Marriage.

Jody Gallagher says she turned to a pastor, Dale Lee McFarland of Radiant Church in Surprise, after her daughter was allegedly victimized by a youth minister.

Look at the bizarre claims that McFarland allegedly made to Gallagher.

McFarland allegedly told Gallagher that “he was receiving direction from God,” and that God had told him that Gallagher should divorce her husband because he had abandoned her emotionally. McFarland then allegedly instructed her to go home and change the locks, which she did.

Gallagher filed for divorce soon after. Then things took a turn for the weird. McFarland started sending Gallagher “pornographic” messages and got her to send him nude pictures, according to the suit. He expressed his desire to “(expletive) her on his Harley” and described her body in “crude ways and intimate detail,” the complaint states.

The two began meeting at motels and even had sex “in the inner sanctum of the pastor’s chambers after he arranged for all staff to be absent,” the Gallaghers allege.

Jody Gallagher claims McFarland told her “that he was receiving direction from God regarding his counsel to her and told her that Derek had abandoned her emotionally.”

She claims that McFarland “love bombed” her “with romantic declarations telling her of his love for her and God’s approval of him and Jody becoming sexually involved.”

Derek Gallagher claims he too sought counseling from McFarland, and told him “of his love for Jody and his children and his complete inability to understand why his family was falling apart and Jody drawing away from him.”

After meeting with Derek, “McFarland told Jody that Derek was the most dangerous and violent man he had ever seen and that he was personally ‘scared to death’ of Derek during his counseling session,” the Gallaghers say. McFarland also told Jody “to change the locks on the house for the safety of herself and their children,” according to the complaint.

…The Gallaghers claim that McFarland’s wife, Sandra, “knew about her husband’s adulterous behavior and his penchant for pursing vulnerable women congregants of his flock, married or unmarried and was complicit in his behavior by choosing to allow it to continue, knowing other women would be harmed and victimized.”

The Gallaghers, who are reportedly still married and seeking counseling elsewhere, are suing McFarland, Radiant Church Assembly of God and the Arizona District Council of the Assemblies of God in Maricopa County Court for $6.6 million, claiming breach of fiduciary duty, intentional infliction of emotional distress, negligent infliction of emotional distress and other claims.

McFarland, meanwhile, is no longer employed at Radiant Church, and in fact, the church has scrubbed all mention of him from its website.

The lawsuit then got settled, presumably out of court, and McFarland got reassigned as the lead pastor of Covina Assembly of God church which has changed its name to Luminate.

Did the Assemblies of God ever consider the possibility that Lee McFarland could be a predator? They appear to have lower standards for their pastors than the secular community has for their counselors.

I believe that the AG is at high risk of a lawsuit because they did not take seriously the predatory behavior of McFarland.

First and foremost, Ms. Gallagher came to McFarland for counseling after her daughter had been molested by a youth pastor. And what did this pastor do? He misused her vulnerable emotional state in order to start an affair with her.

Then, McFarland became the counselor for Gallagher’s husband and lied about his sessions with him to Gallagher’s wife, trying to get her to apply for a divorce.This pastor did not just have an affair which is bad enough. In fact, a pastor who has an affair with anyone in his congregation whole NEVER be allowed in the pulpit again.

McFarland lied about his counseling sessions with Mr. Gallagher, claiming that Mr. Gallagher was the most violent and dangerous man he had ever met and that Ms Gallagher should be afraid of him.

If McFarland had been a counselor, he would have lost his license for doing this. My husband often notes that the church often has lower standards than the culture around them. What say you, AG leaders?

What is even more concerning is that McFarland’s wife was accused of knowing about his behavior, not only with Gallagher but with other women. This is a potentially a dangerous situation and the people at Luminate Church should be made aware of the actual details of McFarland’s actions.

I have a prediction. We will hear of McFarland again. If he abuses another church member, I believe that the Assemblies of God leaders should bear the responsibility for putting this man back in the pulpit.

I believe these quotes from a Lutheran pastor are worth repeating.

For starters, it would acknowledge that the fact that their continued public teaching of the faith, notwithstanding their many and great talents, needs to cease. It needs to cease for the sake of those they sinned against. Remember their sin of adultery was not simply a sin against God, but also a sin against their fellow man (the families involved, their brothers in the office, their parishioners and students). Fruits of repentance in the forgiven sinner display concern for the one sinned against. Fruits of repentance in the forgiven sinner are made manifest in prayer for those sinned against, that their faith will not be made a shipwreck by this sin. Fruits of repentance in the forgiven sinner do not stop with thanksgiving to God for forgiveness, but with that forgiveness look beyond it to make, as far as possible, restitution for what has been destroyed.

…And yet, faith is never alone. The fruits of the spirit and repentance spring forth therefrom. May it be also with these men for the good of those whom they have wronged, for the good of the church at large and its reputation in the world, and for their own good also. This is how they are to use their many and great gifts. They are to employ their gifts in the places where God has actually called and put them: in their homes to repair the ruins and limit the further harm they can do to those they’ve already abused.

Shame on the Assemblies of God for ignoring the victims and putting McFarland back in the pulpit.Have they restored a predator? Shame on Lee McFarland who returned to the pulpit. Remember this if there are claims of abuse in the future.

TWW stands with the victims of Lee McFarland. We believe them.