“In the wake of numerous scandals among pastors in recent years, former megachurch pastor Tullian Tchividjian is making an appeal to churches: extend grace and forgiveness to disgraced leaders.” 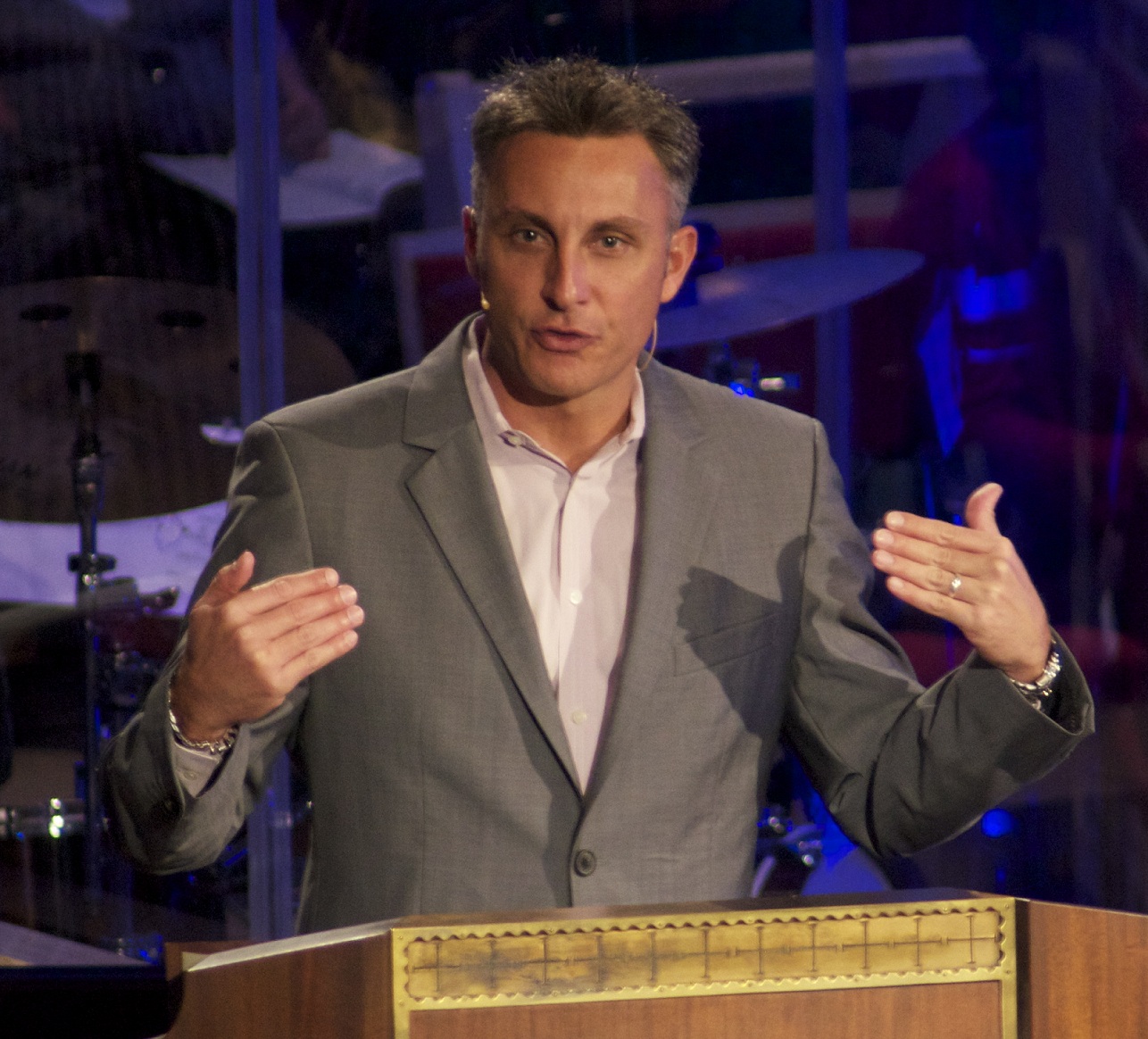 Dee and I have been keeping up with Tullian Tchividjian from the time he was chosen to succeed D. James Kennedy at Coral Ridge Presbyterian Church. Tchividjian was officially installed as senior pastor of Coral Ridge on May 10, 2009. Here is a series of posts we wrote back in the early days of our blog discussing the controversy regarding Tchividjian.

We were greatly concerned about Tullian Tchividjian back then – we call it The Warburg Tingle – and we are deeply disappointed with how he has conducted himself in recent years, particularly in his personal life.

Tchividjian resigned from the pastorate at Coral Ridge three years ago (June 21, 2015) after admitting to having an affair. He and his wife had been married for 11 years. It turns out he had multiple affairs. Then on August 11, 2015, Tchividjian was deposed by the South Florida Presbytery of the PCA, who ruled him “unfit for Christian ministry.” He has since divorced and remarried.

Tullian Tchividjian, whose grandfather was Billy Graham, has written numerous books. Also, his blog was featured over at The Gospel Coalition website until he had a falling out with TGC founders. On May 21, 2014, Don Carson wrote:

In Tullian’s case, it was obvious to observers that for some time there has been an increasingly strident debate going on around the issue of sanctification. The differences were doctrinal and probably even more matters of pastoral practice and wisdom. Recently it became clear that the dispute was becoming increasingly sharp and divisive rather than moving toward greater unity.

This is just some of the background information regarding Tullian. He is once again in the news because of his insistence that disgraced leaders should be forgiven and extended grace. 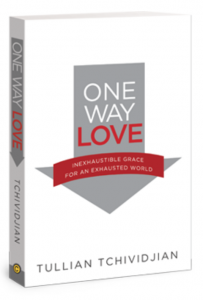 Tchivjian’s latest book reflects his position regarding grace – that it should be inexhaustible. We are left wondering whether he has ever asked for forgiveness from those whom he has hurt so that he can then be extended this kind of grace.

Tullian Tchividjian’s pastor, Patrick Thurmer, has extended this kind of grace, as indicated by this excerpt from a post he wrote which was featured on Tchividjian’s blog. He explained:

I am a solo pastor of a small Lutheran church. Ever since arriving here just over 20 years ago we have been welcoming sinners, serving the Gospel to those that God brings our way, and functioning as a recovery place for those who have bottomed out. That’s what we at Living Faith Church are committed to being for the Tchividjians and anyone else who walks through our doors.

I know there are many who will view our welcoming Tullian and his family, with joy. I am also aware that there may be others who will view it with disdain (which is very sad to me). But when it’s all said and done, my greatest comfort comes from Another who received sinners like me and ate with them and who promises to make all things new.

To be clear, this Lutheran church where the Tchividjians worship belongs to a very small Lutheran denomination – definitely not Missouri-Synod.

The Christian Post has just published an article challenging Tchividjian’s belief regarding grace. It is entitled Tullian Tchividjian calls on churchgoers to show grace to disgraced pastors

The sub-title is: It’s ‘Anti-Christian’ to Remember Them by Scandals

This article begins as follows:

In the wake of numerous scandals among pastors in recent years, former megachurch pastor Tullian Tchividjian is making an appeal to churches: extend grace and forgiveness to disgraced leaders.

“The cross of Jesus shows us that God is serious about sin and we should therefore take sin seriously. But (and this is the part that often seems missing when scandal in church leadership happens) the cross also shows us that God is serious about redemption, restoration, and forgiving sins and we should take that seriously too,” Tchividjian, who resigned as pastor at Coral Ridge Presbyterian Church in 2015 after admitting to an extramarital affair, said in a blog post written with Chad Bird.

Tchividjian and Bird, also a former pastor who committed adultery, clarified that the church should neither go soft on sin nor sweep it under the rug. But they emphasized that “real sin is also met with real forgiveness” and that pastors are sinners just like churchgoers are.

“The grace of God is not reserved for the ‘well-behaved.’

The two Christian speakers and authors noted that over the last five years, they have seen “more Christian leaders (including ourselves) exposed for their sin and deposed from their positions than at any other time in recent history.”

The article goes on to state:

“It is anti-Christian to remember people primarily by the scandalous things they’ve done. We love to whittle an entire life-story down to a single season. Then, with the authority invested in us by the state of self-righteousness, we proclaim, ‘This, and nothing else, is who you are,'” they argued.

“We have done very bad things, very good things, and plenty of cocktails of them both. Sadly, most people remember only the bad. Thankfully, we have a God who remembers only the good. And the only good he remembers is the good that Christ has done for us, in us, and through us.”

In their appeal to the church, the two authors clarified that they are “not talking about Christian leaders being restored to his or her position of leadership….”

The authors called on the church to stand “alongside the disgraced” if it really wants to “stand apart from the world,” and even risk being “falsely attacked as ‘soft on sin.'”

Please read the entire CP article to get the full gist of what Tullian Tchividjian and Chad Bird are promoting.

Other Christian leaders have taken issue with what Tchividjian and Bird are contending, and they are challenging their positions regarding forgiveness and grace. Dee alerted me that some Lutheran leaders are speaking up and she is making sure they are getting quite a bit of press via Twitter.

Scheer makes some extremely important points in his post, and here are Dee’s favorites:

1.  “Consider for a moment what the families, the parishioners, the fellow pastors in the ministerium go through every time Tchividjian and Bird write a book, post an article, or are highlighted in the news or on social media for discussing the depths of their sin and how much they are forgiven. That is shameful and anti-Christian for a forgiven sinner to thrust forgiveness in the face of those abused so that they can profit from it.”

2.  “While we have no authority over them, as Christians we call on them to stop and will continue to tell other fellow Christians that they should not follow men who have disqualified themselves in this way.”

3. “The fruits of the spirit and repentance spring forth therefrom. May it be also with these men for the good of those whom they have wronged, for the good of the church at large and its reputation in the world, and for their own good also. This is how they are to use their many and great gifts. They are to employ their gifts in the places where God has actually called and put them: in their homes to repair the ruins and limit the further harm they can do to those they’ve already abused”

We sincerely hope that more Christian leaders, as well as Christian laymen (and laywomen), will voice their concerns regarding Tullian’s Tchividjian’s position on forgiveness and grace. We don’t want our brothers and sisters to be misled on these extremely important Biblical principles.