” MRC [used to] believe each sinner possesses a free will, and his eternal destiny depends on whether he chooses to believe Christ for salvation; that faith is man’s response to God; that Jesus Christ, the Savior of the World, died for all men and for every man; that God’s grace can be resisted by man in his free will; and that true believers can lose potential heavenly rewards, not salvation.” 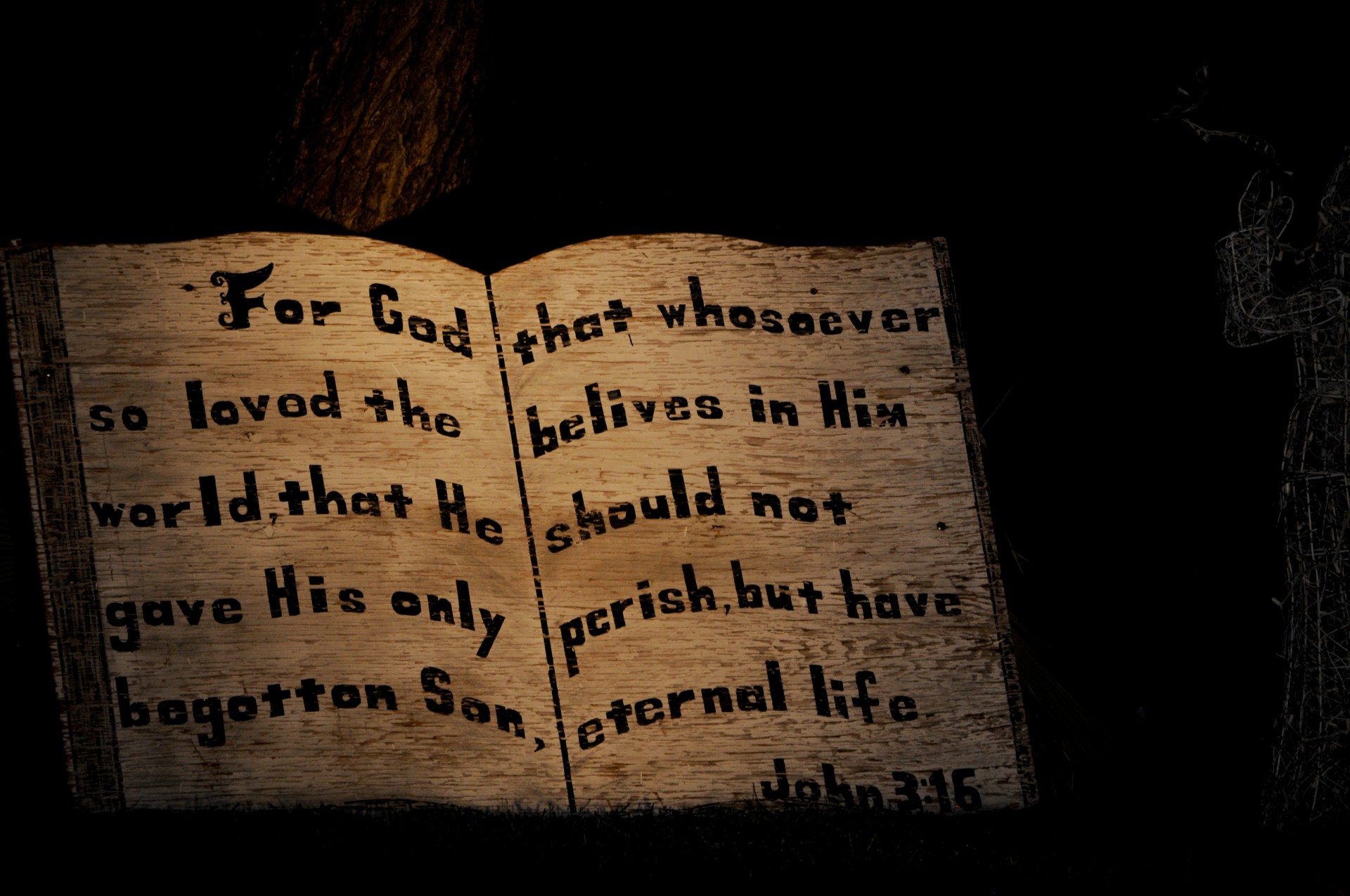 Our previous post, McLean Bible Church – Predestined to Be a Southern Baptist Congregation?, generated some interesting discussion. Several of the commenters shared information that seems to back up our contention that this megachurch is undergoing a theological shift.

As I was researching MBC last week, I typed “McLean Bible Church” and “Calvinism” into the search bar and was excited to see the following link pop up. Surely, this would provide some insight into the church’s current position on Calvinism.

But when I clicked on the link, this is what came up (see screen shot below).

There was no information there! While we have no idea what used to be included under this heading, we were given a link to some fantastic information by one of our commenters. (see screen shot below) 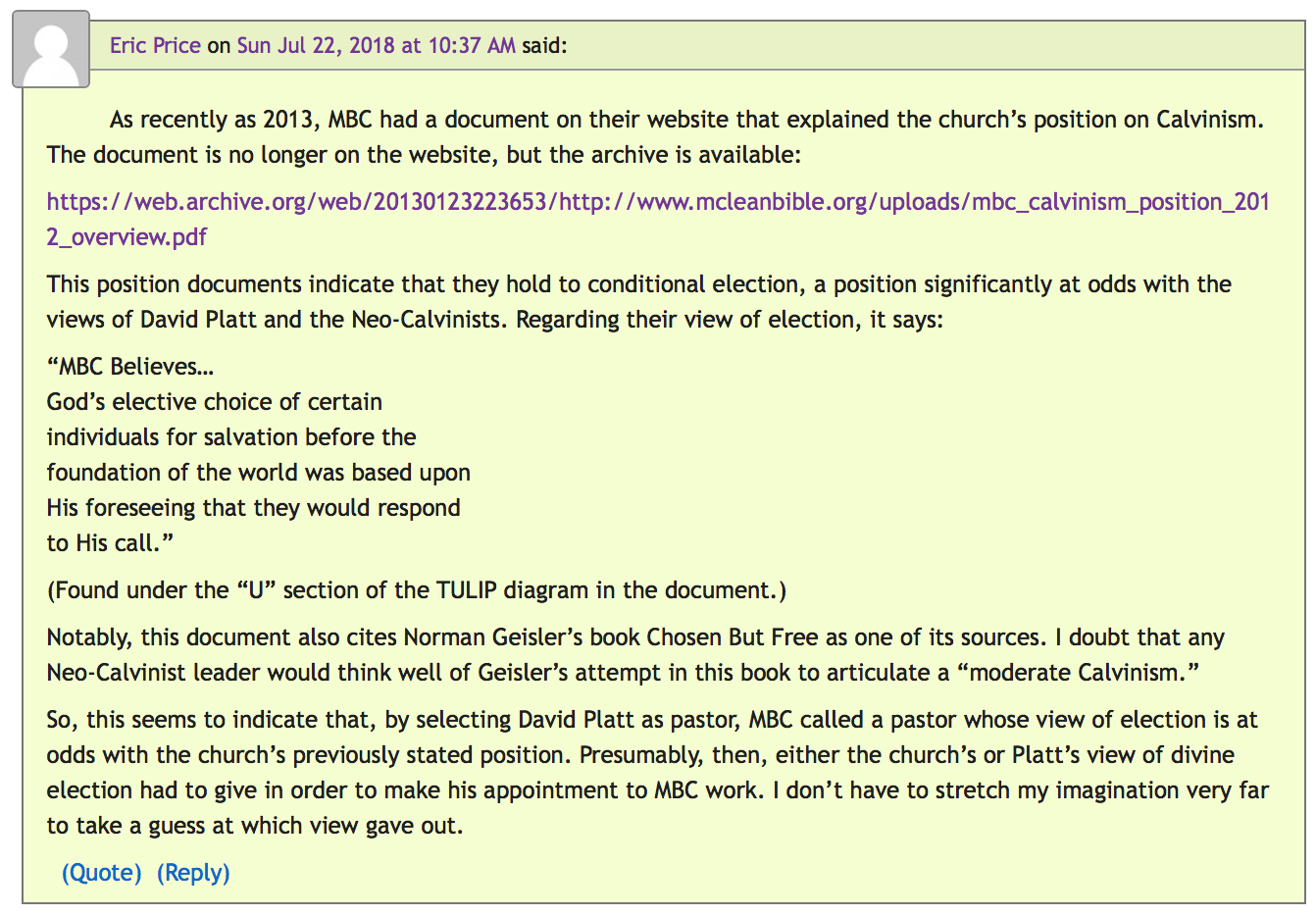 I saw Eric’s comment right after church yesterday and immediately clicked on the link provided. It showed information saved in the Wayback Machine; however, I had a hard time reading it on my cell phone. Here is what used to appear on McLean Bible Church’s website.

We are not sure when this information first appeared on the church website, but there have been 27 captures of it on the Wayback Machine, with the first one occurring on May 26, 2012.

The final capture was on May 18, 2015, and this is what appeared on McLean Bible Church’s website (see screen shot below). 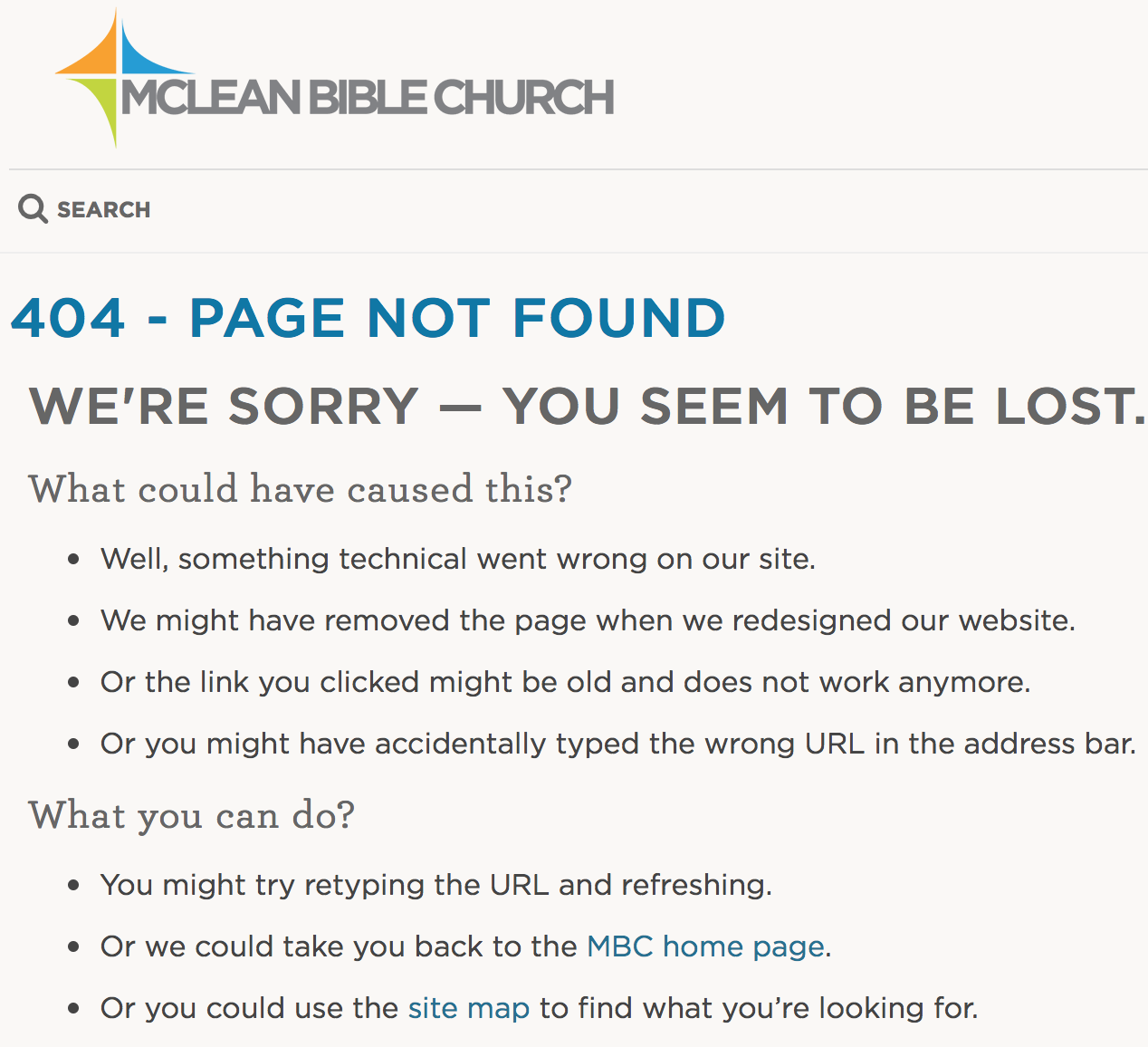 No, we’re not lost. We see exactly what’s going on… Obviously, the page was removed because something was in the works. As we shared in our previous post, it was this same year – 2015 – that MBC began formally working with the Southern Baptist Convention. Here is an excerpt from an International Mission Board (IMB) article published on September 29, 2017:

McLean Bible Church (MBC) was started in the Metro Washington, DC area in 1961 as a non-denominational church. Lon Solomon began serving as MBC’s fourth pastor in 1980. According to the MBC webpage, the church had 200 members when Solomon started as senior pastor. Outreach Magazine reports that the church now has an attendance of a little more than 11,000 people, worshiping in five locations around Metro DC.

Larry Cooper, chairman of the board of elders of MBC, shared the results of the vote with the congregation last night. “Our vote tonight followed several months of prayer, discussion, and seeking the Lord by our elders, by our staff, and by David and his trustees at the International Mission Board (IMB).” Cooper continued, “Together with David and with all of you, we celebrate how the Lord has provided for us as we prepare to step into a new season at McLean Bible Church. Our prayer from the beginning has been that McLean Bible Church emerges as a passionate, unified, and committed congregation. We are seeing evidence of that every time we gather together.”

According to McLean Bible Church’s FAQ document on its website, “MBC became a cooperating church with the SBC in 2016 to more effectively engage in church planting across Metro DC.” The church also began giving through the Cooperative Program that same year.

Now that David Platt is at the helm of McLean Bible Church, there is little doubt what lies in store for this congregation. We predict there will be RADICAL changes in the months to come. Platt, who has spoken at every single Together for the Gospel (T4G) Conference since 2010 (and has been a main speaker at each T4G event since 2012), will be following the Calvinista playbook very carefully. No doubt his buddy Mark Dever, whom he worships and adores (see video below), will be helping him implement the 9Marks as quickly as possible.

What will some of those changes be? Stay tuned for our predictions…