“I will not preach the convention sermon as I was invited to do by the 2017 Committee on Order of Business and SBC messengers.”

Earlier today Paige Patterson withdrew from delivering the Keynote Address at the upcoming meeting of the Southern Baptist Convention. The annual gathering of messengers from Southern Baptist churches will take place next Tuesday and Wednesday in Dallas.

According to an article in the Baptist Press, Patterson emailed SBC President Steve Gaines this morning, informing him of the decision. In addition, Patterson said he is withdrawing as chairman of the Evangelism Task Force, an appointment Gaines made last year in response to a vote of the convention in Phoenix.

I will not preach the convention sermon as I was invited to do by the 2017 Committee on Order of Business and SBC messengers,” Patterson wrote. That decision and his withdrawal as chairman of the evangelism task force stemmed from “days of soul-searching before our God, whose blessed forgiveness and grace are continually poured out upon us all.”

Both actions, Patterson said, are “an effort to do what I can to contribute to harmony within the Southern Baptist Convention and to respond to the request that has come especially from [Gaines] and other Southern Baptist leadership.”

Because of Patterson’s decision to withdraw as keynote speaker, the keynote message will now be delivered Kie Bowman, pastor of Hyde Park Baptist Church in Austin, Texas.

For those who plan to listen to Bowman’s address, it is scheduled for 9:55 a.m. CST on Wednesday, June 13.

Here is a screen shot of Paige Patterson’s letter to Steve Gaines, which the Baptist Press published. 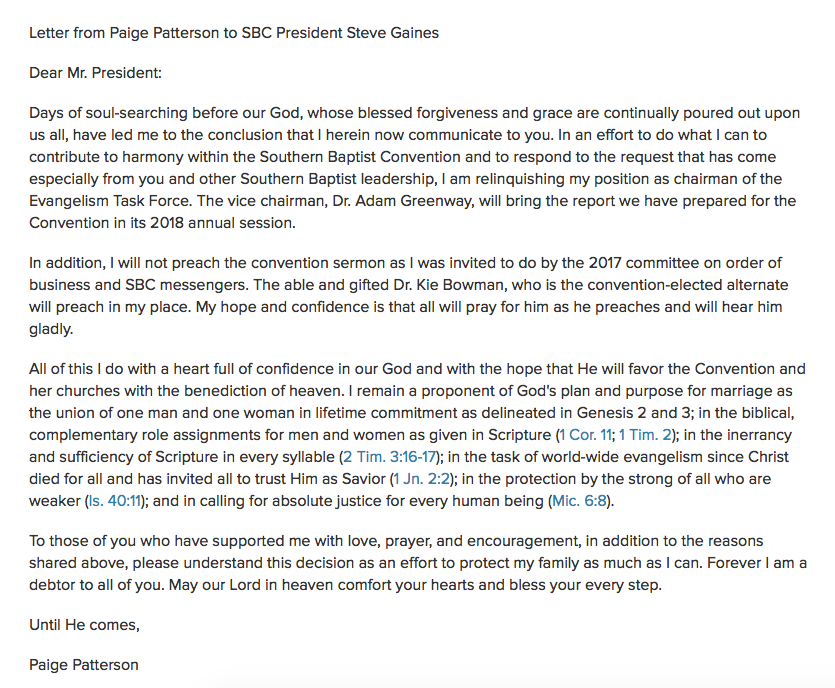 Finally, Paige Patterson issued the following statement after resigning as keynote speaker and chairman of the Evangelical Task Force. It was published on the Southern Baptist Texan website. (texanonline.net) 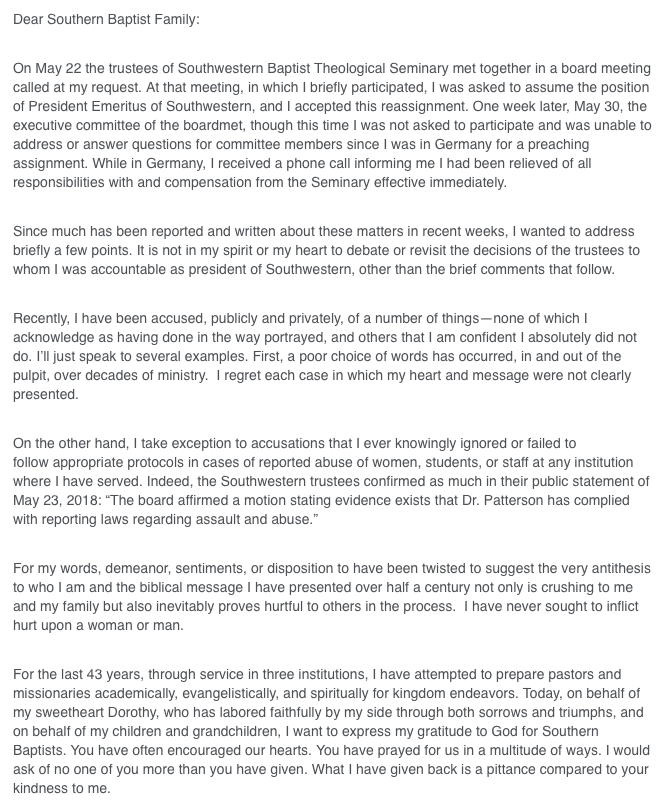 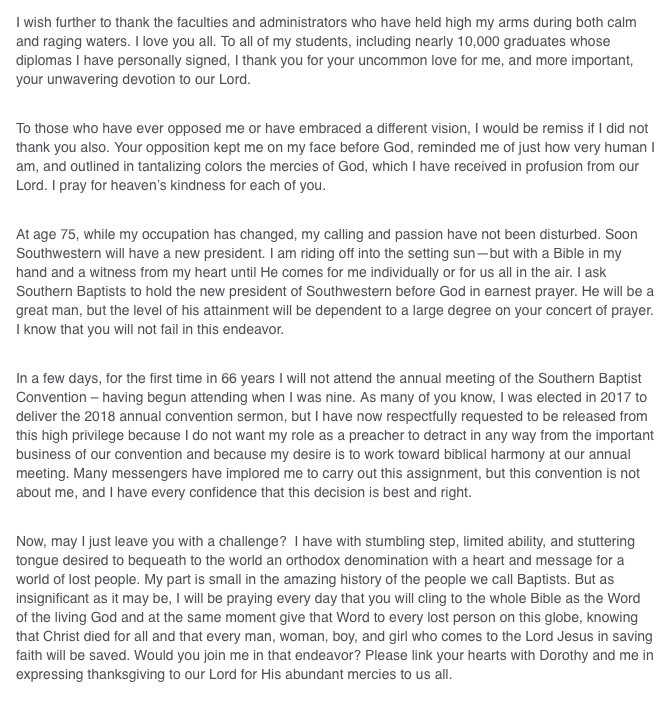 We are continuing to follow developments regarding next week’s gathering of Southern Baptists. It may prove to be one of the most heated and contentious SBC meetings of all time.