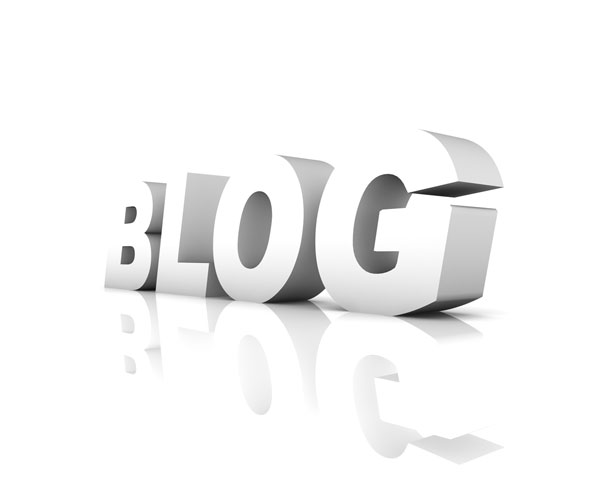 One of the aspects of blogging that Dee and I love most is that we have the privilege of communicating with some really wonderful people.  And sometimes we get to meet them!

Before we started blogging (almost seven years ago), we would often read comments over at SGM Survivors by Steve240.  Some years ago Steve240 started his own blog, which was critical of Joshua Harris' book I Kissed Dating Goodbye.  No doubt some of you have frequented his blog.  Over at SGM Survivors, Steve240 was an articulate commenter from whom we learned quite a bit.  Once we launched The Wartburg Watch, Steve240 would make insightful comments on our blog.

Several years ago Dee and I had the privilege of meeting Steve240 over lunch. We were extremely impressed with his knowledge of Sovereign Grace Ministries.  We have stayed in contact with him and recently discovered that he has launched yet another blog about Maranatha Ministries.  If you are not familiar with it, you may want to peruse the Wiki article on Maranatha Campus Ministries.  In it you will read about some of the criticism ranging from authoritarianism to dating teachings, to tithing teachings, to criticism received from universities.  The Wiki article explains what eventually happened to the ministry (see excerpt below).

At a November 1989 meeting, after a few years of private conflict about the governance structure of the movement, Maranatha's board decided to disband the organization. The official explanation was that many leaders were uncomfortable with the group's denomination-like structure… However, another factor was intense criticism from the secular and Christian press, as well as former members and college administrators. This criticism had continued almost unabated since the CRI report, and grew especially pointed after the Chronicle of Higher Education published an article … detailing concerns about abusive religious groups on college campuses. (See Criticism and controversy section.)

Many former Maranatha pastors have apologized and repented for the abuses of the organization, either personally or through books, and have asked for forgiveness. In the view of these pastors, dissolving the organization was necessary to allow for greater freedom in Christ. Indeed, at the last international conference held in San Antonio, Texas, in December 1989, Weiner publicly apologized and asked for forgiveness for any abuses anyone suffered from him personally from authoritarianism or from the organization. He also printed a public apology to the church at large in Charisma Magazine in the winter of 1990.

We are grateful that Steve240 has started a blog on Maranatha Ministries.  Can there be any question that some of their beliefs and practices continue to be manifested in ministries that still exist?

What follows is a brief introduction from Steve240.  We hope you will take the time to check out his new blog Maranatha Ministries Reconsidered.

First of all I would to thank Deb & Dee for featuring my new blog.

As many of you know I have a blog in which I critique Josh Harris’s “I Kissed Dating Goodbye” book. I have pretty much said all there is to say about that book but stay tuned as I may add a few more posts. I also have another blog which I have occasionally written about Sovereign Grace Ministries Issues

The new blog I am writing is something that I feel God has placed on my heart for quite some time, but only recently have taken action. In this blog I am attempting to analyze and propose reasons why Maranatha Ministries International’s (MMI) “imploded.” Hopefully future generations can learn from MMI’s mistakes and hopefully not repeat them in the future.

I am also critiquing the book titled “Raising Jesus,” and especially the book’s title. This book is suppose to be giving the history of MMI, but I see important items left out which I plan to discuss on my blog. I also question how one can claim MMI really “raised” Jesus.

For more information on my blog and what I intend to discuss please read my introductory post here. In this introduction I have outlined a number of questions I have about this group including their contradictory actions which I hope to do future blog posts on.

For those who don’t know MMI was a campus ministry on a number of college campuses that became prominent in the 80’s with a history going back to the early 70’s. MMI had its start in Paducah KY with high school students.

MMI was led by Bob Weiner and Joe Smith. According to some it had quite the start, but at the end MMI imploded. By “imploded” I mean that the group came to a sudden and quick end due to a number of factors. One article that talks about this “implosion” can be found here.

There are some who say the decision to close down the ministry was a necessary act of repentance. Others will say that it never really closed down, but some of the group’s lieutenants basically renamed the group “Every Nations,” with some of the former MMI locations joining this new group.

Here are some additional details about MMI

“Dating Revelation:” MMI practiced what they called a “dating revelation.” It is similar to “courtship,” or “kissing dating goodbye.” In this system one was required to not date (though what was “dating” seemed to be never defined), but to wait and listen for God to show you who your life partner was, and then submit this to your local pastor. This included, according one of Bob Weiner’s bible study books, not spending much time with God’s appointed mate before one married.

Certainly God can and will reveal to us who our life partner is, in my opinion it is ludicrous to believe there is only one way that God has chosen to bring a couple together. Also, the MMI practice that was under the control of imperfect men can and did lead to abuses. I hope to discuss the “dating revelation” and reported abuses later in my new blog.

Under pressure from other groups MMI eventually moved away from this practice toward the end of their existence.

Practicing of the Shepherding Tactics MMI was part of the shepherding movement and practiced much of what was characteristic of that movement. This included shunning, excommunication for disagreeing with leadership, and being “under” your leader’s “authority.”

One reason for starting this blog, though certainly not the only focus of my blog but is my questioning how a book that claims to cover MMI’s history can be titled, “Raising Jesus: The Story of the Maranatha House.” Perhaps early in the group’s history it might have “raised Jesus,” but as time went on and especially at the end I did not see the group “raising Jesus.” Perhaps the appropriate term as the group went on was “reproaching,” or “misrepresenting” Jesus.

In my second blog post titled, “Do You Hear the People Sing” I write about the sad reaction of so many angry men and women and their emotions after MMI imploded. This includes what a former top leader of MMI describes as “Breaking Free From the Spirit of Control.” If I knew nothing else about this ministry except this sad report I would strongly question how one could title a book, “Raising Jesus.” I also wonder how sad it must make those angry men and women seeing a book claiming that MMI “raised” Jesus.

Pride and Arrogance: One characteristic that I don’t see mentioned in this book is how arrogant/lacking humility both the leadership and group was. For example one of the names that they liked to call

themselves was “God’s Green Berets.” It is interesting that even those former members who seem to want to minimize and/or forget the group’s abusive history don’t question that both the leadership and group was arrogant.

One would think that if this book is about the group’s history then MMI’s pride/arrogance would have been mentioned. I have even done key word searches using terms such as pride, proud, arrogant, lacking humility, and conceited. I also have had discussions with the author both in a private Maranatha Facebook Group and Facebook messages asking where this was mentioned and to date I have not received a direct response. The author appears to be evasive on this point.

I will say that Tom Cooper did a reasonable job of trying to cover MMI’s history, but he sadly left out or minimized some significant events that in my opinion would make one question his book’s title, “Raising Jesus.”

It certainly has been a long time since MMI imploded. At least some of these men who led this group including Bob Weiner have changed, and they were humbled by the group’s implosion. On the other hand there are some who claim that this group and its practices continued under the name “Every Nation,” which was a new group set up by some of MMI’s top leadership when the group imploded.

God does call us to forgive but not forget. Writing about what happened with MMI and exposing them is similar to how the bible records the sad actions of a number of leaders including David, Saul, Ahab, Jezebel, Judas and Solomon, so we can learn from what they did wrong. Psalm 78 and 106 are examples.

to teach their children,

a stubborn and rebellious generation,

whose hearts were not faithful to him

I also realize that hindsight is 20/20. It is easy to look back and indicate what people should have done. On the other hand maybe this analysis will help future groups not fall into the same traps that MMI fell into.

Derek Prince when he withdrew from the shepherding movement stated “we were guilty of the Galatian error: having begun in the Spirit, we quickly degenerated into the flesh.” This sadly applied to MMI. I am also sure that within MMI there was also a lot of “zeal for God, but not in accordance with knowledge.” (Romans 10:2)

  Please pray that God will lead me in this endeavor.

  Please pray that my blog will help provide healing to those who had a bad experience with MMI and still struggle due to their bad experience.

  Please pray that this analysis will help future generations learn and not repeat these same mistakes.

  I am also looking for any documentation of the group’s history. (There wasn’t much of an internet back then during most of the existence of MMI.)