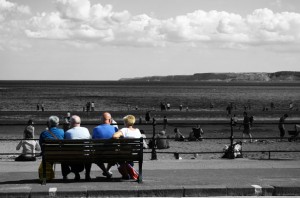 He owned up.  And that’s amazing.  Not that he did so.  I wasn’t surprised, because I know him.  What’s amazing is not how often he repents but how rarely other Christian leaders repent.

…May his willingness to face himself and own up wonderfully spread to all of us.

However, he won't let anyone comment. I bet I know why…

We must always remember that Ortlund also exonerated CJ Mahaney here and here, so this puff piece should come as no surprise.

…Personally, it appears to me that C. J. has even over-confessed to his critics.

….“We do not believe C.J. Mahaney’s confessed sins have disqualified him from Christian ministry. Or to put it positively, from all that we have seen, heard, and read, we believe C.J. Mahaney is, at this moment in time and based on those sins which he has acknowledged, still fit to be a minister of the gospel of Jesus Christ and a pastor to others.”

So as a public service to our dear readers, we have put this post up. We ask that the responses on this post be directed to this particular article. We are about to post a more important piece which will throw a shadow on Ortlund's breathless admiration piece.

Once again, The Gospel Coalition leaders remind us that they represent just the same old, same old…