"To every thing there is a season, and a time to every purpose under the heaven" 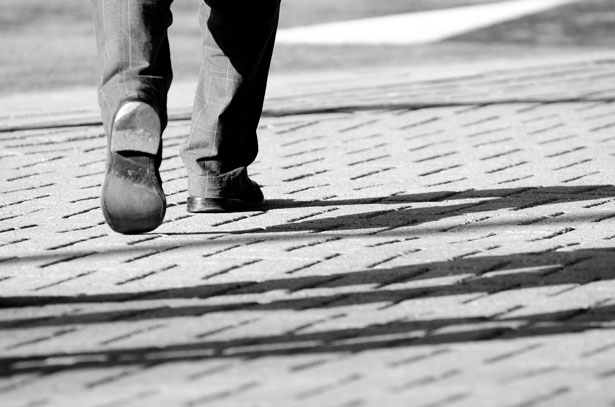 After serving thirty-one years in pastoral ministry at Covenant Life Church (CLC), Grant Layman, brother of Carolyn Mahaney, will step down from his post effective at the end of March.  Last year he took a three-month sabbatical to contemplate his future, and then in December he made the decision to end his long career at CLC.

The news was communicated to the congregation on February 23 at a members meeting.  Covenant Life Church has posted a Members Meeting Recap on its website.  At the 6:32 mark, Joshua Harris makes the following remarks:

But about a year ago Grant raised the question again, and I believe the Holy Spirit helped me to see that the most important thing that I could do was just to hear what God was speaking to him and listen.  Grant talked about feeling weary.  He talked about how he had a lot of pastor miles on him.  He talked about how the last few years in particular had been a great strain on him personally.  He talked about how much he loved Covenant Life Church.  What I told Grant is that I would support whatever he believed the Lord was calling him to do. Part of the reason I wanted Grant to have a sabbatical last year was so that he could get rest and get perspective on this important question.  I wanted him to be able to seek God about his future with Karin and the family.  And so I'm grateful, even though it's difficult, I'm grateful that God has made it clear for Grant and Karin that now is the right time for them to make this transition.

Grant Layman addressed the congregation during the meeting and was almost brought to tears several times.  Perhaps it is now difficult for him to remember the happier times at Covenant Life Church.

It was almost a decade ago that Grant made the following introductions at a CLC celebration honoring C.J. Mahaney.  It was during this time that the baton was passed from Mahaney to Harris, with C.J. transitioning to devote all of his attention to Sovereign Grace Ministries.

The Laymans plan to remain in Gaithersburg and continue worshipping at Covenant Life Church.  Grant plans to transition into the business world by establishing a painting franchise.

During the family meeting, Josh Harris explained that Braden Greer will be planting a new church in South Carolina, which will not be directly affiliated with Covenant Life Church. Toward the end of the meeting, Harris explains that CLC is scaling back and will not be replacing either of these pastors.

Earlier today Todd Wilhelm, who lives in Dubai and blogs at 'Thou Art the Man' chimed in about this recent development. In his post Grant Layman Leaves the Ministry…, he addresses the upcoming trial regarding Nate Morales. Todd writes:

Nate Morales, one of the perps in the SGM sexual abuse case, currently is in jail awaiting a criminal trial scheduled for May.  This trial threatens to blow the lid off of the SGM cover-up and the individuals taken down as a result could be significant…

Toward the end of his post, Todd Wilhelm includes some interesting information from Brent Detwiler's website regarding Nate Morales and Grant Layman. Of particular note is the following:

39.  This ongoing conspiracy is evidenced by, among other things, Defendant Layman’s statements made to police in connection with their investigation of Morales.

Grant Layman made misleading and false statements to detectives during their three year investigation.  On January 7, 2010, he told detectives that Robin Boisvert was the “lead” pastor in the Morales matter and he (i.e., Layman) only had “vague recollections” regarding Samuel Bates.

Two weeks later, detectives followed up  with Robin Boisvert.  He provided conflicting testimony and “denied being the ‘lead’ pastor in the matter and advised [said] Grant Layman was lead pastor.”  Boisvert also said he “accompanied Grant Layman” in the early 1990’s “to confront Nate Morales, who neither denied nor confessed.  He was accused of abusing teenage boys.  The meeting took place in a park in the Flower Valley subdivision.”  Boisvert’s recollections were not the least bit vague.

Layman also told Detectives he “had no direct recollection” of a meeting he had with Samuel Bates’ father in 2010.  This meeting was also attended by Robin Boisvert.  Boisvert again provided conflicting testimony.  He told detectives he “recalled the meeting and the fact that Mr. Layman was present.”  Much more could be said.

With the May trial fast approaching, you may want to re-visit this information.

We will continue to monitor the situation and keep you informed of any developments.  Please join us in praying that the truth will be revealed.