"We should expect all leaders in the Southern Baptist Convention and all entities serving our denomination to affirm, to respect, and to represent all Southern Baptists of good faith and to serve the great unity of our Convention. No entity should be promoting Calvinism or non-Calvinism to the exclusion of the other."

TRUTH, TRUST, and TESTIMONY in a TIME of TENSION

A Statement from the Calvinism Advisory Committee 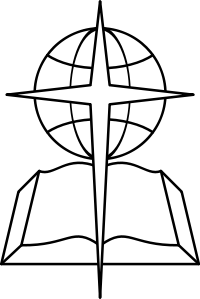 As Southern Baptists prepare for their Annual Meeting in Houston next week, the internet is buzzing about the SBC's latest edict on the Calvinism Debate.  You may recall that tensions were high last year when Southern Baptists convened in New Orleans.  Because of that, Frank Page, president of the Southern Baptist Convention Executive Committee, formed a group to determine how Baptists can learn to get along despite their theological differences.

According to an article in the Christian Post entitled Calvinism Debate:  Southern Baptists Form Team to Figure Out How to Work Together:

"Only a minority of Southern Baptists are Calvinists but a LifeWay Research survey conducted this year found that more people were signing on to the theological system. Sixteen percent of Southern Baptist pastors now say they are five-point Calvinists, up from 10 percent in 2006.

A majority of Southern Baptists (61 percent), meanwhile, indicated that they are concerned about the impact of Calvinism on the SBC.

Page doesn't believe the Calvinism debate is the biggest issue the denomination is facing. But he believes it's an important one that they must deal with."

When Frank Page was president of the Southern Baptist Convention in 2006, he outlined what he considered to be issues of importance.  Here is what he had to say about Calvinism.

"Many people ask me about this issue.  I readily affirm my belief in the doctrines of grace, but as I have stated over and over, I believe the doctrines of grace include the issue of free will.  I have written a book about this issue.  I do not hold to the traditional five points of Calvinist theology.  I believe that while salvation will not be universally accepted, it is universally offered and atoned for by our Lord Jesus Christ!  I believe that human beings can accept or reject the Holy Spirit's call for salvation.

I have made it abundantly clear that I believe that this argument is a family argument.  In fact, almost every Calvinist with whom I have spoken has a high belief in the integrity of Scripture.  Therefore, I have stated clearly that I will open the table of participation to anyone who (1) has a sweet spirit and (2) who has an evangelistic heart, (3) has a belief in the inerrant word of God, and (4) has strong belief and support in the Cooperative Program."

In case you are wondering whom Page selected for the Calvinism Advisory Team, here are the names as published last summer in the Baptist Press:

According to recent reports, the committee currently consists of 19 members.  Here are the additional members (whose names are mentioned at the end of the report entitled TRUTH, TRUST, and TESTIMONY in a TIME of TENSION):

Why has Calvinism become such a hot button issue?  Perhaps this article written by Roger Olson – A report on some recent conversations on Calvinism – will help shed some light on why some Baptists consider Calvinism to be a divisive theological issue.  Olson explains:

"A seminary student told me about his home church. His parents are members there and he grew up in it. It’s a Baptist church that has never had any official position on Calvinism or Arminianism. It’s background is Pietist (as opposed to, say, fundamentalist). In other words, it has traditionally had a policy of not fighting over secondary doctrines such as predestination.

The church recently called a new pastor. He is relatively young, not long out of seminary but with some previous pastoral experience. During the search and interview process he did not reveal to the committee or then to the church’s leaders that he is a five point Calvinist. Hardly anyone in the church has been a five point Calvinist and he knew very well that it would be controversial. After he was called and accepted the call, he began pushing Calvinism in a very heavy handed way. He gives books by Wayne Grudem and Mark Driscoll to adult teachers to use in preparing their lessons. He unilaterally removed books from the church library he considered unbiblical or unorthodox from a Calvinist perspective. (This is an evangelical church and probably didn’t have many, if any, really liberal books in its library.) He began to insist on being present at all church committee meetings. A committee is not supposed to meet if he cannot be there. He is preaching and teaching Calvinism as if it were the one and only truly evangelical theology. He admits to being inspired by John Piper. The students’ parents are not very knowledgeable about theology but sense that the pastor’s behavior and teaching are a problem. The congregation is gradually being disturbed by this situation."

This kind of news gets around in the SBC, and churches, particularly those that are congregationally led, feel terribly threatened by the Young Restless and Reformed seminary graduates.  Al Mohler, for example, just celebrated his 20th anniversary as president of Southern Baptist Theological Seminary.  For over two decades, this five-point Calvinist has been producing disciples who strive to emulate him, and some of Mohler's lieutenants have been wreaking havoc in Southern Baptist churches.

We hope you will take the time to peruse this seven-page document and provide us with your feedback.  We believe the Southern Baptist Convention is at a crossroads, and it will be interesting to see just how cooperative those on either side of the theological debate are as the SBC attempts to move forward to carry out the Great Commission.  We will definitely be watching and reporting our findings.