Whenever I hear anyone arguing for slavery, I feel a strong impulse to see it tried on him personally. Abraham Lincoln 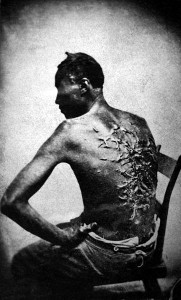 [We want to welcome all the visitors from patheos.com]

I take on this subject with some trepidation. After reading the account of a professor at the University of Idaho who criticized Wilson, I realized that some Christians really like to use the words “slanderous” and “defamatory” when their ideas are challenged. So, to prevent said tactics being aimed at your glamorous and legally shy blog queen, I shall limit myself to what has been written in a few sources.

So our readers can understand the far-reaching effects of Wilson’s brilliance, I end the post with a video in which Piper extolls the virtues of Doug Wilson. As you read the following post, never, ever forget the Piper says, loud and clear,  “Doug gets the Gospel right.” Also, just to show his continued popularity with the Calvinistas, John Piper invited him to the Pastors Conference earlier this year (You know, the one in which Christianity has a masculine feel) and the Gospel Coalition, just this month, featured several articles that he wrote link.

In order to give our readers a quick synopsis of the issue, I start with a review from Wikipedia. I know that you can’t trust Wikipedia. However, as you will see in the other sources, this synopsis provides an accurate overview.

The Synopisis
From Wikipedia  on Doug Wilson link

“Wilson's most controversial work is probably his pamphlet Southern Slavery, As It Was, which he wrote along with League of the South co-founder and fellow Christian minister Steve Wilkins. The pamphlet stated that "slavery produced in the South a genuine affection between the races that we believe we can say has never existed in any nation before the War or since." Historians such as Peter H. Wood, Clayborne Carson, and Bancroft Prize winner Ira Berlin condemned the pamphlet's arguments, with Wood calling them as spurious as holocaust denial.

Wilson held a February 2004 conference for those who supported his ideas, such as pastor George Grant, in the University of Idaho. The University published a disclaimer distancing itself from the event, and numerous anti-conference protests took place. Wilson described critical attacks as 'abolitionist propaganda'. He also has repeatedly denied any racist leanings. Wilson has described his own views as 'paleo-Confederate'. He has said his "long war" is not on behalf of white supremacy; rather, Wilson seeks to revive the memory—however rose-tinted—of eras in Western history when faith and reason seemed at one, when family, church, and the organic "community of Christians" that T. S. Eliot describes in Christianity and Culture were more powerful than the state.

Canon Press ceased publication of Southern Slavery, As It Was when it became aware of serious citation errors in several passages authored by Wilkins.Robert McKenzie, the history professor who first noticed the citation problems, described the authors as being "sloppy" rather than "malevolent.".

Wilson decided to redo his work and republished it as Black and Tan. For some reason, he did so without Steve Wilkins  link.

What happened in Moscow, Idaho

Now we move on up to Moscow, Idaho, which appears to be the base for Wilson’s empire. It is of interest to note that the Aryan Nation, a white supremacist group appears to have quite a few ties  to this area of Idaho. Once again I link to Wikipedia which has done a good job in consolidating a number of reports of the activities of the Aryan Nationin this part of the country. Of course, Doug Wilson does not appear to have any ties to such groups. My guess is, however, that such groups would not be opposed to some of his views on the “niceties” of racial relations in antebellum slavery link.

Two professors from the University of Idaho decided to provide a counterpoint to Wilson’s viewpoint on slavery. To say fire and brimstone rained down upon them is not too much of an exaggeration. One of the professors, William Ramsey wrote the following article:  The Late Unpleasantness in Idaho: Southern Slavery and the Culture Wars link on 12/19/04. The following quotes are from this article.

“Such questions brought the small college town of Moscow, Idaho, home of the University of Idaho, to the brink of open hostility during the past year. Previously friendly neighbors perfected outrageously inventive insults for one another and in some cases cut off communication altogether.”

In response to Wilson and Wilkin’s Southern Slavery: As It Was,  Ramsey and Sean Quinlan wrote, Southern Slavery As It Wasn’t: Professional Historians Respond to Neo-Confederate Misinformation.

Wison believes that patriarchy and southern slavery are sanctioned by the Bible.

They said that Wilson/Wilkins argued that “southern slavery was not only sanctioned by the Bible but, thanks to the patriarchal kindness of their wise evangelical masters, a positive, happy, and pleasant experience for the majority of southern blacks.”

They also believe that Wilson/Wilkins pushed the idea that “southern slaves genuinely appreciated those benefits and supported the system that provided them.”

Slavery resulted in mutual intimacy(!) and if one does not agee, it is due to civil rights propaganda.

Ramsey pointed out this quote from the Wilson book. “There has never been,” they argue, “a multi-racial society that has existed with such mutual intimacy and harmony in the history of the world.” (p. 24). (Might I point out  that there appeared to be many instances of intimacy that might have been frowned upon by the 10 commandments-Thomas Jefferson/Sally Hemmings case in point))

More disturbing analysis by Ramsey/Quinlan appears to indicate that Wilson/Wilkins  “deride the consensus view of slavery that has emerged over the last fifty years of academic scholarship as “abolitionist propaganda” and “civil rights propaganda.”

Our problems today are a result of the South losing?

Interestingly, Ramsey/Quinlan point out the Wilson/Wilkins beleive that many of today’s problems in the United States found their roots in the  “theological heresies implicit in the abolitionist movement and its unfortunate victory over the South in the Civil War.”

Ramsey and Quinlan are shocked at Wilson’s response.

Ramsey found it absurd that he would have to write a paper to state that the evidence does not show that slaves found their lot in life “pleasant.” He thought it was a done deal. So, the ensuing firestorm took the two professors by surprise.

“We failed to anticipate the depth of their commitment to pro-slavery ideology and the sophistication of their attacks. We underestimated the extent of their support base in northern Idaho and the ability of organizations such as the League of the South to refocus their efforts on Moscow and to mobilize activists.”

“The controversy made it clear that Douglas Wilson was more than just a local troublemaker and southern partisan. He had established two “Reformed” evangelical churches in town whose congregations, thanks to nationwide recruitment efforts, now represented 10 percent of Moscow’s entire population. He had founded a k-12 school called “Logos” that taught history from a “Biblical Worldview” and an unaccredited college called “New Saint Andrews,” where he had installed himself as “Senior Fellow of Theology.”

I found it amusing that Wilson claimed that the book review was “slanderous” and “defamatory,” two words that are consistently used by certain NeoCalvinists when people, especially bloggers, attempt to disagree with their winsome trajectory.

Wilson apparently demanded both a public apology and disciplinary action on the part of the University. When that action did not occur” Wilson wrote to Idaho Governor asking him to step in and “remove the University of Idaho as a launching pad for their mortar rounds.” (Dee's small group members are standing by to receive protest phone calls.)

Wilson’s lovely 2004 gathering of like-minded “theologians and historians,” one of whom apparently believes in exterminating homosexuals.

Ramsey discusses a major event in which Wilson had “scheduled himself as the keynote speaker, praising the southern racist ideologue R.L. Dabney, but he had also scheduled as co-speakers white supremacist League of the South co-founder Steve Wilkins and the anti-gay Tennessee minister George Grant, notorious for advocating the extermination of all homosexuals in his book Legislating Immorality.”

Christianity Today’s Molly Worthen wrote an article on Wilson called The Controversialist link in 2009. She adds more information. The following quotes are from that article.

Wilson claims to be a “paleo-Confederate.”

“Although he believes that "the South was right on all the essential constitutional and cultural issues surrounding the war," Wilson has repeatedly declared that he is no neo-Confederate. He prefers the label paleo-Confederate.

"You're not going to scare me away from the word Confederate like you just said 'Boo!' " Wilson says. "I would define a neo-Confederate as someone who thinks we are still fighting that war. Instead, I would say we're fighting in a long war, and that [the Civil War] was one battle that we lost."

"Wilson says his "long war" is not on behalf of white supremacy, though his criticisms of government-enforced desegregation echo those of neo-secessionist groups like the League of the South.”

Wilson wishes to save civiliization.

“Rather, Wilson seeks to revive the memory—however rose-tinted—of eras in Western history when faith and reason seemed at one, when family, church, and the organic "community of Christians" that T. S. Eliot describes in Christianity and Culture were more powerful than the state. When Wilson says that the mission of NSA is to "save civilization," this is his meaning.”

“But when I asked what he thought of the death penalty for homosexual acts suggested in Leviticus 20:13, he did not shy away from the theonomic hard line that disturbs many Christians. "You can't apply Scripture woodenly," he says. "You might exile some homosexuals, depending on the circumstances and the age of the victim. There are circumstances where I'd be in favor of execution for adultery. … I'm not proposing legislation. All I'm doing is refusing to apologize for certain parts of the Bible."

Wilson apparently believes if we give on slavery, we go down the slippery slope.

“Wilson and Wilkins argued that if Christians admit that the Bible's treatment of slavery may be outdated, it's only a short way down the slippery slope of relativism toward relinquishing the Bible's teaching on homosexuality and other hot issues.”

“The pamphlet, and a conference that Wilson hosted in summer 2004, mentioned above( most probably along with Wilson’s actions against the professors-ed note) provoked a storm of protest from local university students and residents. Scholars challenged its claims that slavery in the South "was a relationship based upon mutual affection and confidence," and revealed that the booklet had been partially plagiarized. The Southern Poverty Law Center, an Alabama nonprofit, called it a "repulsive apologia for slavery."

In conclusion, this blogger is perplexed. One would think that wise theology gurus would distance themselves from Wilson. But, in fact, Wilson is becoming more mainstream. I leave you with one video by John Piper who appears thrilled to have Wilson speaking at a conference of Desiring God. Perhaps this will help our readers to see that there is a possibility that these deeply troubling views of Wilson are gaining purchase in the Neo Calvinist circles. Why else is he being invited to all those conferences. ( Note: This video was shot by Desiring God and is not a parody with the shaking, as far as I know.)

My parting shot? To repeat the header quote, " Whenever I hear anyone arguing for slavery, I feel a strong impulse to see it tried on him personally." Abraham Lincoln.