"Former church official Brent Detwiler, however, believes Mahaney knew more than he’ll ever let on. “Nobody worked longer or closer with C.J. in all the history of Sovereign Grace Ministries than I did,” Detwiler says. He believes it’s impossible for all these pastors to have known about abuse and not to have told Mahaney how they were handling it. 'It just didn’t work that way.' ” 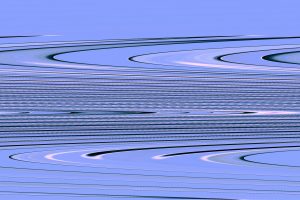 A church planting network that has greatly troubled us since before launching our blog is Sovereign Grace Churches (formerly Sovereign Grace Ministries). Prior to 2002 it was known as PDI International and before that, People of Destiny. We believe the routine of changing a ministry's name may be an indication that there are some underlying problems. As God's Word says – "A good name is to be chosen rather than great riches, and favor is better than silver or gold." (Psalm 22:1 ESV)

In our first seven years of blogging, we discussed various angles of Sovereign Grace Ministries (SGM). Our concerns ranged from authoritarianism (by pastors), to shepherding (of the flock), to various forms of abuse (involving women and children).

Then on Valentine's Day 2016, The Washingtonian published an explosive story entitled The Sex Abuse Scandal That Devastated a Suburban Megachurch: Inside the rise and fall of Sovereign Grace Ministries. (link) Tiffany Stanley conducted extensive research on this network of churches that was once housed inside the walls of Covenant Life Church, the megachurch that C.J. Mahaney pastored for 27 years.

The Washingtonian article explained how the origin of Sovereign Grace goes back to the 1970s when Larry Tomczak and C.J. Mahaney organized a weekly Bible study in the Washington, D.C. area that attracted thousands of young people. The movement was called "Take and Give" and its success led to the formation of a church called Gathering of Believers. The name of the church was later changed to Covenant Life Church (CLC). A church planting network was established, and Larry Tomczak was primarly involved in this effort while C.J. Mahaney served as CLC's. From all outward appearances, it seemed that CLC and what eventually became Sovereign Grace Ministries were being blessed by God; however, there were serious problems underneath the surface, as explained in The Washingtonian article.

Several years ago The Internet Monk asked us to write a guest post about Sovereign Grace Ministries and the problems that plagued this church planting network. What follows is Dee's excellent post that was published on the Internet Monk website. (see below)

Thank you for inviting us to do a guest post for the Internet Monk. We have followed this site for years and, in our opinion, it represents the best of the Christian blogs.

Deb and I have never attended a Sovereign Grace church. So why are we so interested in the story of serious conflict within this group of churches? About five years ago, prior to starting The Wartburg Watch, we were involved in a rather disturbing pedophile situation at a former church. We were distressed about the response of the church and decided to do some searching to see if other churches had responded in a similar fashion. It was then we stumbled over SGM Survivors (link) and SGM Refuge (which has since closed).

Sovereign Grace Ministries arose out of the shepherding movements in the 1970s under the leadership of CJ Mahaney and Larry Tomczak.  This Wikipedia article does a good job of  outlining the history of today’s SGM. CJ Mahaney describes himself as a former pothead who did not pursue education beyond high school. The movement underwent several name changes until it became known as SGM. It was part of the  Charismatic renewal movement and adopted Calvinism in the late 1990s. Its charismatic roots are now somewhat downplayed. This was the alleged reason that Larry Tomczak left the movement. However, as we would learn, there was a darker reason.

This group of churches prefers to be called a “family of churches” rather than a denomination. Until a few years ago, CJ Mahaney and the leaders of this “family” referred to themselves as apostles and have since ceased referring to this belief. However, there seems to be some movement to bring back the idea of apostolic ministry. They also formed a Pastors College, a nine-month training course, which would then make it possible for a man to become an SGM pastor. There was no pre-qualifying degree necessary to attend this college and even those who had advanced degrees, like a Masters of Divinity, were required to attend this “college.”

SGM was successful in planting about 100 churches, usually in upper middle income areas. This attracted the attention and support of Calvinists within the SBC along with individuals such as John Piper, Al Mohler and Mark Dever who were looking for successful models of church planting.

However, there was a dark side to this group of churches which Mahaney referred to the “happiest place on earth.”

The hundreds of stories that we read at the SGM blogs were, quite simply, shocking. There was example after example of what we considered strange and abusive practices. Here are a few of the allegations:

People who asked questions about church polity were accused of “sinfully craving answers.”

Pastors of churches who had joined in the network were suddenly “degifted” and replaced by graduates of the Pastors College. One former pastor was accused of pride and made to work as a janitor in the church that he had built.

Everyone was required to be a member of a care group. The care group leaders were asked to secretly keep notes on who said what and these notes were given to the pastors. People were confronted about their comments and questions.

SGM used the controversial Ezzo material on raising children. The American Academy of Pediatrics has issued warnings on this method, and SGM ultimately stopped insisting that the Ezzo teachings be used in their churches. However, before that when one woman expressed concern about the material teaching this method, she and her husband were thrown out of their church.

Women are discouraged from having any input into church polity unless it is through their husbands.

However, the major issue that disturbed us was story after story regarding child sex abuse. This is what has led to the current lawsuit.  When we read the following story on SGM Survivors and also read others that mirrored these experiences, we became alarmed.

In one story, a tiny child was dragged into a room and asked to forgive her pedophile. The description of this child being pulled out from under a chair is deeply disturbing.

Deb and I became so concerned that we quietly approached a well known Reformed mega church pastor in our area and begged him to say something to his friend, CJ Mahaney. We were hoping that some input from pastor friends might lead to some sort of change in business as usual. We were accused of “character assassination” so we gave up on that idea!

The following is a chronology of events since that time.

Brent Detwiler, a former SGM pastor and member of the inner circle, posted emails and correspondence that he had kept for years. These were disturbing. Besides showing CJ Mahaney in an unflattering light, it was apparent from the documents that CJ Mahaney had forced Larry Tomczak out of the ministry by implying he would make public a private confession by Larry Tomczak’s son.

CJ Mahaney temporarily stepped down, left his church in SGM and attended Mark Dever’s church. This enraged members of SGM who were not allowed to the leave the church during times of personal discipline.

A historic tribunal was formed consisting of Ray Ortlund, Carl Trueman and Kevin De Young ,along with internal SGM pastor committees , who promptly pronounced CJ fit for his position. See also this link.

Ambassadors of Reconciliation were asked by SGM leaders to intervene and review the issues. The final report stated that there were a few problems but nothing out of the ordinary.

We believe that this was the straw that broke the camel’s back. Although there seemed to be some effort to reach out to the families who had children who were abused, very little happened.  It is our opinion that, had AOR convinced SGM  to reach out specifically to these families and apologize in a humble manner, this problem would have gone away. However, the families felt that their stories had essentially been ignored.

There was further conflict in the leadership of SGM. CJ Mahaney decided to move the headquarters of SGM to Louisville without any input from the churches. His sons-in-law, all pastors in SGM left with him along with some of the board members.

Approximately 20 churches have left the umbrella of SGM, including its founding church, Covenant Life Church, with Joshua Harris at the helm. There are rumors that others may follow. This has led to some concerns about finances for the organization.

An amendment was then filed to add five more names to this lawsuit.

There is a high likelihood of other names being added.

There has not been any acknowledgement of these lawsuit by members of The Gospel Coalition or Al Mohler. TWW has kept track of the days of silence which is now over 110 days. This same group excoriated Joe Paterno long before his court appearance. In the meantime, CJ Mahaney is speaking at major conferences, churches and seminaries.

SGM attorneys have filed for dismissal of the lawsuit, in part based on the First Amendment, prompting outrage in the press.

Sometimes a simple “I’m sorry. Will you forgive me?” can go a long way in averting a disaster. I believe that had a sincere apology been issued, a long time ago and other pastors on the outsides such as the megachurch pastor we approached, had intervened, there would have not been a lawsuit. Unfortunately, it appears the stubbornness of CJ Mahaney , who wrote a book on how to be humble, prevented this from occurring.

We will be updating the Sovereign Grace Ministries Churches saga soon and providing a list of links to our extensive posts on SGM.