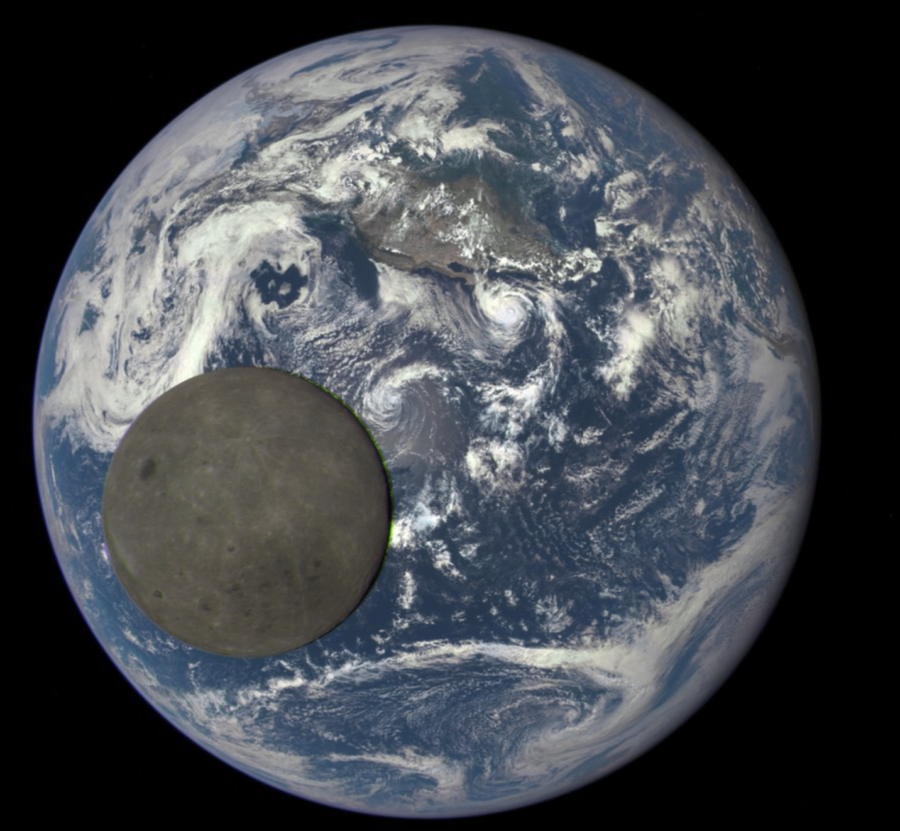 “Calvinism that does not humble has missed its mark”. Walter J Chantry (This is aimed at the theodudes of BBC)

I am slowly improving but still a bit weak. I get tested tomorrow. My daughter told me if it isn’t Omnicron it is a flu that they are seeing in hospitals. It apparently is some different variant than what was in our flu shots. Today is just about a few things you should take a look at. Interestingly, they deal with the New Calvinism crowd.

Lecrae is done with institutional Christianity but is still a Christian

Christian Post reported: Lecrae loses tour date after tweeting that he’s done with ‘institutional, corporatized’ Christianity: This will bring heartache to the Calvinista set who claimed that LeCrae was one of them. Looks like he got tired of it.

Reach Records founder Lecrae revealed that he and his team lost one of their tour dates this spring after sharing an honest tweet about deconstructing from “politicized” and “corporatized” modern church culture.

“Once upon a time I thought I was done with Christianity. But the reality was I was just done with the institutional, corporatized, gentrified, politicized, culturally exclusive version of it,” the popular emcee tweeted on Tuesday.

The following day, Lecrae re-shared his tweet and wrote: “Just lost a show because of this tweet. Point proven.”

The Grammy award-winning artist added: “Vulnerability gets people kicked out of exclusive tribes. Jesus welcomes the outcast and seeks to bring healing.”

I’m curious. Which group of folks is he speaking about?

Lecrae admits that he also had to do some soul searching after feeling so abused by fellow Christians in 2017.

That season almost made him walk away from his Christian faith. However, the rapper sought out on a journey to reconstruct his faith. Now his relationship with Christ is stronger than ever.

To prove my point about his association with the Calvinista set, here is a post by Roger Olson: An Open Letter to Lecrae

He has been part of the Young, Restless, Reformed Movement and embraced Calvinism as his theology. In recent years, however, he has spoken out publicly about racism in America and defended African-American athletes who peacefully protest racism before playing football and other sports. According to Lecrae and those who know him very well, he has become disillusioned with “white evangelicalism” and “divorced” himself from the movement.

Here are links to two podcasts at The Roys Report that you should listen to as you go about your day.

For many years, the Takatas enjoyed rich fellowship and teaching at the church. But over the past few years, they had become increasingly concerned about the church’s handling of race issues and treatment of women. And on January 31, 2021, they raised their concerns in two motions at a meeting of the church.

These motions set off a chain-reaction that eventually led three pastors to resign from the church, including Pastor Jason Meyer, successor to John Piper.

In my opinion, this demonstrates that Andy Naselli is a spiritual bully. I have never, ever, ever heard of the excuse he gives. He won’t apologize for gossiping because it wasn’t intentional. I was infuriated when I heard this. It shows the lengths that some Calvinists will go to show just how spiritually superior they are. If he went to my church, he would hear confessions that involved sins known and unknown, intentional and not international. Besides, is he so unaware that he doesn’t know what he did?

former members Steve and Janette Takata describe how a Bethlehem elder, Andy Naselli, reportedly disparaged and gossiped about them behind their backs.

But when they confronted Naselli with his sin, he refused to ask for forgiveness, they say. And in exclusive audio shared with The Roys Report, Naselli argues that asking for forgiveness would be “lying to make peace” because the harm he inflicted was unintentional.

Part 4: Why I Will Never Step Foot Into Bethlehem Baptist Church: Julie Roys is accused of “threatening” Pastor Kenny Stokes.

Here is a link to the story. Bethlehem Baptist Church Pastor Accuses The Roys Report of ‘Threatening’ Him: Our Response

Here is what Stokes allegedly said: 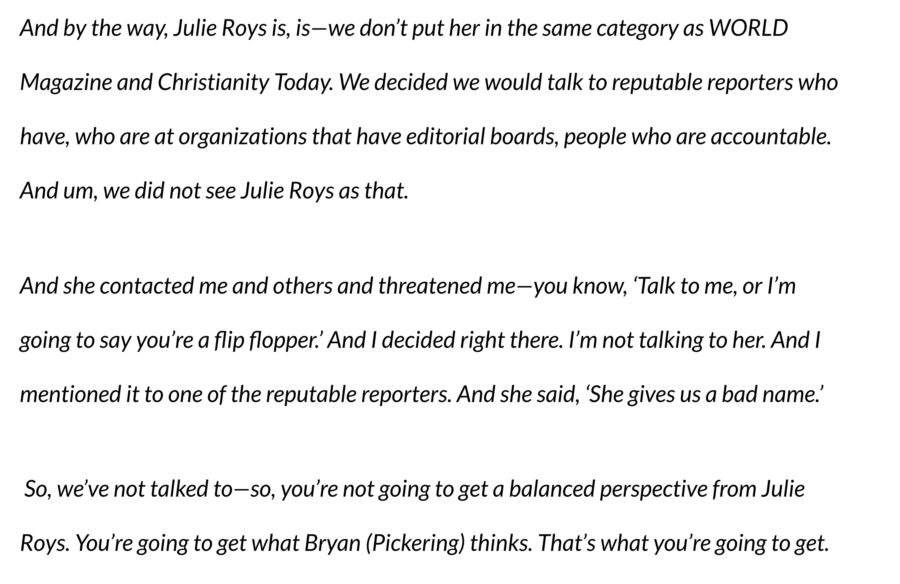 This guy appears to be lying. He should know if Roys has a board and she does. Personally, I have long thought of John Piper as a wuss. It appears that wussiness has rubbed off on the “men” of Bethlehem Baptist Church. The boys get their feelings hurt and they attack.

Some members have called for an investigation into the mess that is BBC. At first, the church said they would have one then, in an apparent about-face, they decided not to do so. If you read Roys’ correspondence, you will see the truth. Yet, even after all of this was presented, an “apology” was offered.  Boy oh boy, do these theodudes get feisty when their authority or their “account” is questioned. However, since they learned from the master, John Piper, who is still head of the Bethlehem Seminary which is BBC’s boutique seminary, I have to imagine that this sort of stuff is deeply ingrained. Along with an investigation, I believe that all BBC leaders need to undergo several sessions of psychotherapy. This stuff is nuts.