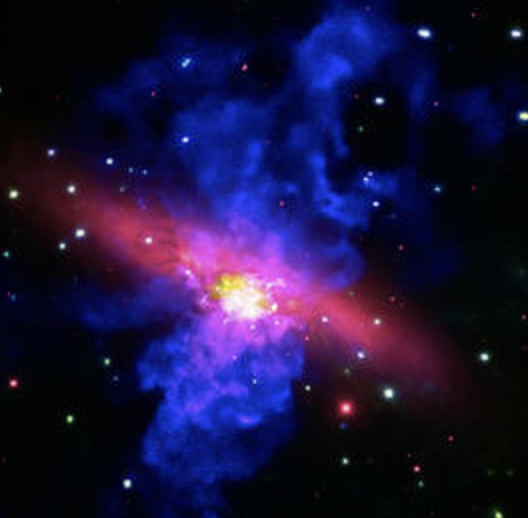 “The internet is not for sissies.” Paul Vixie

When we last left Guideposts Solutions…

In June, I wrote the following post: Is Guidepost Solutions Really the Solution to Investigations in the SBC? Basically, I was unimpressed. For once I wasn’t the only one. In that post I noted:

Julie Roys wrote a post that may answer my question. Red Flags Surface About Firm Hired to Investigate SBC’s Handling of Abuse. As usual, Roys has facts and questions as does Wade Mullen.

The Southern Baptist Convention (SBC) is taking bold new steps to address its alleged mishandling of abuse, and yesterday voted to set up a task force to deal with the issue. At the same time, a leading abuse advocate is raising serious concerns about the firm the SBC Executive Committee has hired to investigate abuse issues—Guidepost Solutions.

In a series of recent tweets, author and seminary professor, Wade Mullen revealed several instances where Guidepost Solutions has not represented the best interests of victims, but instead has protected powerful clients. And as Mullen warned, if an investigation isn’t conducted properly, the result can be worse than the initial situation.

Wade Mullens was not pleased and expressed his concern on Twitter. 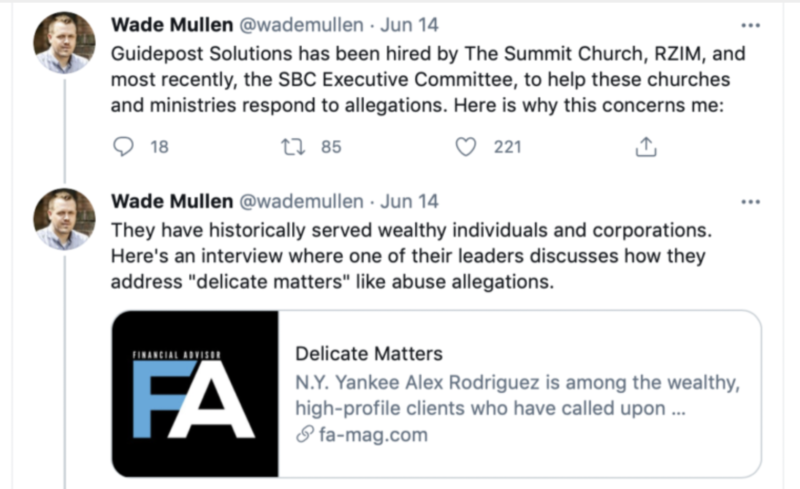 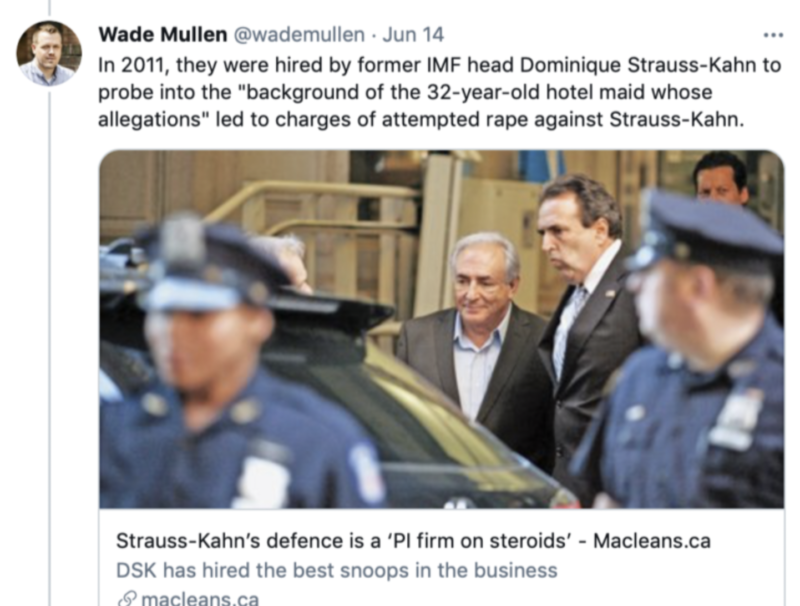 In the post, you will see that Boz Tchividjian was concerned. More on that in a moment.

At that time I exclaimed:

this is who is investigating sex abuse allegations in the SBC? Is the SBC one of its wealthy clients? Was The Summit Church one of their wealthy clients? This is the group that investigated ARod’s indiscretions as well? Harvey Weinstein has been associated with them. them?

The surprising and controversial members on Guidepost’s team that will investigate the SBC.

I did not know that Church Leaders posted the following: Survivor Advocates Have Words of Warning About SBC’s Investigative Firm–‘Take Great Care’ Besides mentioning that Roys, Tchividjian, and myself were concerned, they posted the following comment:

Todd Benkert, the Indiana pastor who called for a system-wide audit of the SBC, tweeted today: “Southern Baptists, resist the urge to defend ourselves to survivors of SBC sexual abuse. Trust must be earned.” Last week, he wrote: “Guidepost will do whatever they are hired to do. That’s why it’s so important that @EdLitton choose the members of the task force carefully. I nominate @R_Denhollander who has both the knowledge of sexual abuse and legal expertise to help set the parameters of the investigation.”

According to the article, Rachel Denhollander and Chris Moles will be advisors to this group. One of the roles of this group was to find a group to conduct an independent investigation of the SBC Executive Committee.

The first thing TWW readers might notice is that Samantha Kilpatrick, who just left GRACE,  is now somehow a part of the Guidepost Solutions as a Subject Matter expert! The move from GRACE to Guidepost Solutions was so fast that I got whiplash. How curious is this? Boz Tchividjian was no fan of this group. I guess you could say that I’m not as well. Since she was hired by GRACE, one might assume that she might have concerns about Guidepost Solutions as well. I guess not. Take a look at her bio at Guidepost. (Scroll down.) Notice that she doesn’t mention her time at GRACE?

Perhaps this might become clearer by reading what attributes were being sought by the task force. The Biblical Recorder post said that:

After extensive reviews by the Task Force, the Guidepost Solutions team was selected based on the following criteria:

Refer to the Biblical Recorder for more criteria. The only thing I can say is RZIM, Bryan Loritts, Strauss Kahn, Harvey Weinstein, and ARod… Seriously? Did they change the corporate culture to suddenly care for the victims of abuse?  Perhaps, especially if there is money involved but who knows. Does anyone think that the SBC will suddenly develop transparency and tell the good tithers of the SBC how much they paid Guidepost Solutions? I think you all know the answer to that one.

The disturbing instance of blackface and Julie Myers Wood.

Julie Myers Wood is listed as the CEO of Guidepost Solutions and appears to be involved directly in the investigation. Given what I wrote about a couple of months ago, I decided to see what sort of background she has. Her bio on Guidepost Solutions is incredible. I wonder if she left anything out? So I looked her up on Wikipedia and saw that there was a controversy in her past. Far be it for me to take a Wikipedia article as-is.

in 2007, the Chicago Tribune posted Who doesn’t pose with a white guy in blackface?

What else could explain Julie Myers, the Homeland Security Department assistant secretary who is in charge of ICE, giving an award for best costume to an employee who showed up at an agency get-together with his white skin darkened, wearing dreadlocks and prison stripes?

Myers posed for pictures with the presumably self-satisfied employee. But, alas, looks like we won’t get to see them.

After agency people realized what a tremendously impolitic thing it was that she, a top DHS official, should be involved in such an event, the photographic evidence was apparently destroyed.

Myers has apologized and that appears to be the end of it.

At this site, Pueblo Lands, the picture was recovered. Since I don’t know about copyright, I am hesitant to post it here given that we are dealing with lawyers on the investigative team. Here is the narrative with the photo.

Some might remember Julie Myers Wood for presiding over an infamous Halloween costume party at ICE’s Washington D.C. headquarters in 2007. Some ICE employees dressed up as immigrant fugitives. Wood awarded the best costume prize to an ICE employee who donned a dread lock wig and blackface paint, explaining to amused colleagues that he was a Jamaican detainee who had escaped from ICE’s Krome prison near Miami. Wood was accused by the House Committee on Homeland Security of exercising “poor judgement” when she rewarded the employee for the costume, and also of covering up the incident afterward when she ordered the deletion of pictures. The pictures included a photo of her smiling next to the make-believe Jamaican immigrant prisoner. (The pictures were later recovered.)

Why does this matter?

Given the SBC’s difficulty when it comes to race relations, such a photo cropping up again could be awkward. Perhaps it would be smarter to deal with it upfront. I think everyone should remember that the internet is forever.