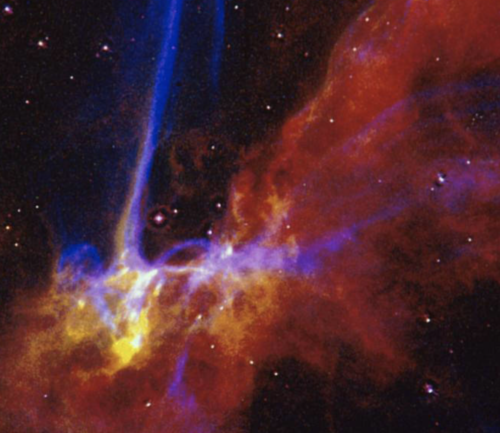 “Is a crime committed 20 years ago any less of a crime?” Grantchester

Tommy Nelson has been a pastor at Denton Bible Church for 40 years. Denton Bible Church is a well-known church with a well-known pastor.  Denton, Texas is about 45 minutes from Dallas which makes it a bedroom community of Dallas. They attract 4,000-5,000 people for services. Nelson became internationally known for his Song of Solomon series. He was invited to my church, Bent Tree, to teach his series. Although I have developed some differences from Nelson, I can truthfully say that his series was far more thoughtful than Mark Driscoll’s series on the same subject which helped me to write this post.

He also became known for his judgment-seat series. Although he holds onto much Reformed theology, He believes in dispensational theology surrounding the Second Coming of Christ. This is not surprising since the graduated from Dallas Theological Seminary which is the academic center for dispensational theology It has been my observation that most Reformed theologians and pastors tend to be amillennialists. Please feel free to correct me on this observation.

It is called the Bema or the Judgment Seat of Christ and is, in my opinion, the most untaught area of Christology.  It’s not because its teaching is not known in the Bible but it is just not taught.  Maybe it’s because we as Christians are so delighted to know that we have escaped judgment through Christ who removed our judgment that the notion that we still will be judged for our “works”- not sin, mind you, but what we did with our Christian lives- is unnerving to us.

The Bema occurs after the Rapture and before the 2nd Coming.  It occurs at the beginning of our 7 year honeymoon in glory with our Bridegroom in the house He has prepared for us, the New Jerusalem.  The term Judgment Seat or Bema was well known to those in Corinth, the church where Paul introduced the term “the Bema.”

There is no question that Nelson is prolific in his writing and speaks regularly all over the place. His church appears to utilize biblical counseling in their helping ministries which causes me to suggest that people utilizing these services to be aware that they may be ministered to by someone who does not hold any degrees or licensure in counseling. For those who are not aware of the problems with biblical counseling, please go to this link and look at the first paragraph of the post. Those links should educate folks about the inherent problems in Biblical counseling.

A child molester/trafficker, Robert Shiflet, who had been a youth pastor at DBC, has been arrested and federally charged.

I was contacted by some members/former members of Denton Bible Church who alleged that the church may have covered up Shiflet’s activities. They requested that I post about the arrest. Here is the statement released by the Department of Justice-Arkansas branch. The following was posted on 6/24/20. Former Youth Pastor Charged With Multiple Sex Crimes: Indictment Alleges Illegal Transportation and Coercion of Minors.

Shiflet’s alleged offenses overlap with his time working at Denton Bible Church, where Shiflet, 50, worked in the church’s youth ministry programs from 1995 to 2001, church officials said in a statement Tuesday..

We are aware that Mr. Shiflet has been charged in Arkansas with offenses that overlap his tenure at DBC,” the Denton Bible Church said in a statement. “Church leadership grieve with and are in prayer for the victims of this tragic situation.”

The Denton Record-Chronicle posted Accused child sex-trafficker worked at Denton Bible Church, officials say. This post caused me to think that Shiflet may have been grooming these students. Molesters often seek out kids who are having trouble at home to begin the grooming process. The reader will note that he was spending time with a young teen whose mother had passed away and was having trouble relating to her father. I believe that it is fortunate that she was not harmed physically by him.

Stephanie Betz and Lauren Peters are sisters that were a part of Shiflet’s youth group at Denton Bible Church in the late 1990s and recall Shiflet acting inappropriately during his tenure.

Although Betz, 36, was never physically assaulted, she said he groomed her and he would take her out for breakfast and drop her off at school sometimes.

“He told me at one point while dropping me off at school… I was really upset and crying and I was in the passenger’s seat of his car and I was lamenting about my relationship with my dad [after my mom passed away in May of 1998],” Betz said. “He said that I was beautiful and that my dad should be telling me I was beautiful every day otherwise men would take advantage of me. And I was 14.”

According to the Record-Chronicle, Shiflet contacted a former member of the youth group in 2005, asking if anyone was making claims that he had been inappropriate with them. This is 15 years before he was finally arrested. I wonder what was going on?

Peters, 33, said Shiflet reached out to her in 2005 to ask her if she knew about a girl who was making accusations of an inappropriate relationship against him.

“He said these [accusations] weren’t true but he wanted to talk with me to make sure she hadn’t been trying to contact me,” Peters said. “He specifically said he thought she was jealous of my relationship with him and his family and the time I’ve spent [with them]. It was such a bizarre situation that I ended up not communicating with him after that aside from the occasional run-in around town.”

A commenter on Reddit alleges that he was also involved in a church youth camp in Flower Mound which is close to Denton.

Officials at Liberty Christian School in Argyle have sent an email to parents and staff acknowledging a former staffer is accused of child sex-trafficking charges.

…An email Liberty Christian School sent to parents and staff, obtained by the Denton Record-Chronicle, said Shiflet was the lead developer from 2008 to 2010 for the school’s online campus pilot program and is a parent of former Liberty students.
“At this time, Liberty is not aware of any information regarding this investigation or any allegations involving current or former Liberty Christian School students, employees or parents,” the statement said.

An email sent to Denton Bible Church members last week from Pastor Tommy Nelson, obtained by the Record-Chronicle, said they are aware the incidents overlap Shiflet’s tenure at the church.

Nelson’s email tells members the case against Shiflet “is now in the hands of the United States judicial system,” says members can pray for strength and grace for the victims and their families and offers phone numbers for the FBI for people who have information.

What safety precautions are in place at DBC? Nothing is listed online.

Given that the arrest happened a couple of months ago, I imagined that DBC would be stressing their safety precautions for all kids and teens on the current website. I was surprised that I could not find anything about *keeping kids safe* on the children’s ministry page.

They have all sorts of programs for kids and even have a special needs ministry which is near and dear to my heart. There is so much that is impressive but I couldn’t find one mention of child safety. Did I miss something? There are so many programs for kids and students which makes it imperative that safety procedures be discussed with the church as a whole.

A final thought: Molesters are present in every church. Are DBC and other churches prepared for it?

It is not a sin when a molester shows up at a church. The sin is not realizing it. Folks, this very day there is likely to be a molester sitting in your church and eyeing the children’s program for potential victims.

It is even more vital for the church to outline the safety procedures when there are thousands of people wandering around the church during services and programs. A simple background check does not mean the person is safe. It simply means they haven’t been caught yet.

I find it very difficult to believe that the church leaders were not aware of a man who was taking kids across state lines to be used for sex. Surely some folks suspected something was amiss. Betz was a student and she could see he was acting inappropriately. Why didn’t any adults notice this?

A third-party investigation into this situation is needed.

DBC needs to have a third party, independent investigation to figure out what happened in order to prevent it from happening again. DBC needs assistance in developing a thoughtful curriculum for safety for the children Volunteers need to be trained in order to spot grooming behavior.

Please pray for those who were molested by Shiflet For those who may have not come forward, please know that you did nothing wrong. You were molested by an expert. Please feel free to reach out to the Department of Justice. I would be more than happy to talk with you and keep our discussion confidential.