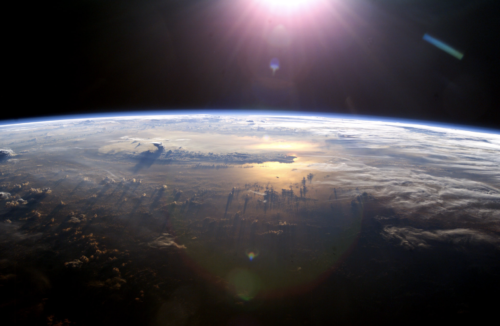 Highly sensitive people are too often perceived as weaklings or damaged goods. To feel intensely is not a symptom of weakness, it is the trademark of the truly alive and compassionate. It is not the empath who is broken, it is a society that has become dysfunctional and emotionally disabled. There is no shame in expressing your authentic feelings. Those who are at times described as being a ‘hot mess’ or having ‘too many issues’ are the very fabric of what keeps the dream alive for a more caring, humane world. Never be ashamed to let your tears shine a light in this world.” ― Anthon St. Maarten

A victim quoted in the SBC’s Caring Well Report

I believe God has allowed the curtain to be lifted so those in authority could SEE, WEEP, LAMENT, REPENT, and CHANGE. I pray that within the power and structure dynamics of the SBC, you will lead out in SPIRITUAL ways, not in corporate modalities. I pray you will seek the face of God for wisdom for the way forward, that you will have courage beyond what you could imagine to take right action in the face of difficulty or those who are stuck in the ways of old.

The SBC Caring Well Initiative was going to *Do Something.* It didn’t…

Those were the good old days… The SBC 2019 Convention in Birmingham. JD Greear weeping tears for those abused. Victims were featured, so long as they didn’t implicate anyone in the SBC as having sexually abused them.

They quickly produced a warmed-over document called Caring Well to be sent to the churches in the SBC. Lots and lots of churches got it and lots and lots of churches ignored it since they had already done what was in the report, so. they claim. I had one pastor of an SBC megachurch who told me he wasn’t going to tell me what they did with the report but did admit he received it. I talked with a megachurch which is attended by Christa Brown’s abuser. After I confronted him about the abuser, they removed one of his posts on their website. I was told that they did not feature him at the church but then I proved that they did. Boy, that Caring Well document really made a huge difference.

The SBC even featured a person who reported me and another, well-known, respected woman to the police. (Yes, she reported our names specifically. The police didn’t discover it in some forms.) That individual appears to be quite odd but at least she isn’t in the SBC or was abused by anyone in the SBC so she’s golden. Ministry Safe seems to love this sort of person as well.

As far as I can see, the Caring Well was a bust but the SBC can show it off and claim they *did something.* So, how is this attitude reflected in the committees tasked to deal with sex abuse in their member churches?

The Credentialing Committee has produced NOTHING since they were established.

Let me put a name in here so this gets personal. Everyone knows that Jules Woodson was sexually abused as a high school student by a pastor in her church. The pastor admitted it. Another pastor who was told of the incident by Jules stepped down. However, the guy who apparently thinks he is the leader of that church, Steve Bradley, refuses to speak to Jules and continues to lead his very important large church, Stonebridge. Jules was told she would hear nothing unless they were going to declare a church *not in friendly cooperation. Needless to say, nothing has been communicated. Actually nothing has been said about anything. Dead silence…

This committee told Jules to submit all of there documentation which she did although her situation was documented by media all over the world. They spoke on their task in their Statement of Assignment.

Recently, the Convention has heightened scrutiny in two significant areas of concern— discriminatory behavior on the basis of ethnicity and sexual abuse. The Credentials Committee bases its decisions regarding a church’s standing in the SBC based on who that church puts in a leadership role as either an employee or volunteer. Neither the Convention nor its Credentials Committee has authority to declare an individual not in good standing with a local church. Church membership is solely under the guidance and governance of each local church. The Convention has no authority over any local church, however, it retains its sovereign right to determine whether it deems a church to be in friendly cooperation with the Convention. If a church is deemed not to be in friendly cooperation with the Convention’s adopted statement of faith and practice, the Convention has the autonomous authority to declare it will no longer recognize the church as a cooperating church with the Convention and to sever its relationship with the church. Upon receipt of a submission, the Credentials Committee may inform the church of the concerns raised against it. If necessary to adequately garner the information necessary to fully vet the concern, the identity of the individual or individuals making the allegations may be shared with the church.

I looked for any indication that this committee has found anything or shared anything with the Executive Committee. Nada. It’s all very hush hush, you know. I’m sure victims are suffering when they see this lax attitude to the whole *assignment.*

Racism has been added as another thing for the Credentialing Committee to deal with. At first, I thought that adding this to their assignment was too much. However, I’ve changed my mind. They are doing nothing  so they may as well add all kinds of things.

They had plenty of time to deal with this, even during the Covid crisis. This sort of thing can be managed via the internet, Zoom, and phone calls. But they know this.

The Executive Committee is useless due to internal politics. Have you heard about this?

The SBC and factions…what a surprise… Theoretically, the Executive Committee should be kicking the butt of the Credentialing Committee. After all, Ronnie Floyd is being paid an incredible salary to *do something.* However, they have problems of their own. SBC Voices is the place to go to keep up to date on the weirdness that is the Executive Committee. Here are some posts interesting posts.

But instead of acting for the convention, we got the opposite. Tuesday, during closed executive session, the SBC Executive Committee voted to create a task force to ‘review the activities’ of our Ethics and Religious Liberties Commission (ERLC). The creation of this task force constitutes a betrayal of the clear wishes of the convention as well as a betrayal of the duties of the Executive Committee.

Again and again the anti-ERLC and anti-Moore contingent have tried to get the convention to take action against the ERLC. Again and again they’ve been soundly, resoundingly defeated as messengers have raised their ballots.

This committee clearly is out for Russell Moore’s head.

…’ll tell you what I suspect this is about. It’s a power play in attempt to embarrass the ERLC & Russell Moore. For critics to be able to say “the ERLC is under investigation!!! So there MUST be a serious problem! (cue sinister music and a blurred shot of Rachel Denhollander). To make sure Russell Moore doesn’t say anything negative about Trump during election season (surprised the task force concludes in September? meaning its work will cover the bulk of election season?).

The Conservative Baptist Network took control of the Executive Committee and they have a different agenda. Shame on them.

The purpose is to let Southern Baptists observe how leaders of the CBN, the organization leading the push for a Conservative Resurgence, are operating within the Convention, particularly as it concerns its Steering Council members serving in positions of leadership on the SBC’s Executive Committee (EC) and how they are attaining those positions.

n the most recent EC meeting, the former Chairman, CBN Steering Council member Mike Stone, used his Chairmanship to ensure new EC leaders would include members of the CBN’s Steering Council, a group that wasn’t known to exist until, strategically, the day after the EC Officer and Chairman elections took place.

In theory, there is nothing wrong with a “Conservative Baptist Network.” But there is something wrong when a network exploits positions of leadership and bylaws to force agendas that undermine the spirit of cooperation under the BF&M2000. Networks are supposed to make the SBC stronger, not divided.

As it stands, six of the 48 individuals of the CBN’s Steering Council are also SBC EC members, and four of these are now serving as leaders of the SBC’s EC, while one is the immediate past Chairman who helped get them elected. The CBN achieved this mischievously and now has more representation on the EC’s leadership than non-CBN leadership.

So what does this mean for Jules and other victims? Politics have become the Number 1 focus and concern of the Executive Committee. By politics, I mean who is going to be the next President of the United States. Therefore, you can be darn sure that sex abuse, as well as racism, will not be discussed or dealt with. And that makes me sick. Shame on everyone involved in this mess.

I’m sorry Jules. They played a game with us and we took them seriously.

Do not trust Germantown Baptist Church or any SBC church which models the leadership in the SBC. They will do NOTHING.

Frankly, it appears that few people in the SBC care about Caring Well. And in so doing, they cause further harm to victims.  Jules, I’m so sorry.

I would love to hear from some folks who think that the Caring Well Initiative did anything more than announce to the world that something would be done. It seems like a bust to me. I will not accept the Covid thing as an excuse.

Perhaps the SBC accomplished what they intended to accomplish. They got some media to write about all that they would do. Then, it was on to the next issue. I am so glad to have moved on from this dysfunctional organization.