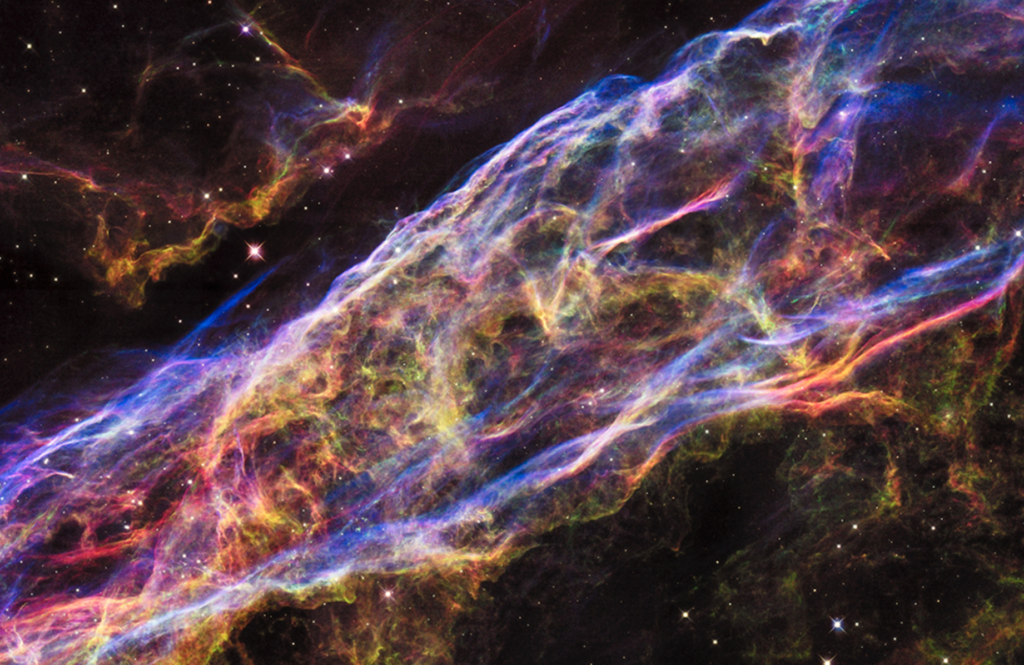 I think the first duty of society is justice. Alexander Hamilton

It’s a holiday so I’m going to make it easy for myself by posting some links to articles I found interesting, thought-provoking, or just plain fun.

A wonderful substitute for the canceled fireworks: Hamilton.

It’s the 4th of July weekend and I have been a bit sad. Each year, I record all the fireworks in DC, NYC, and Boston. I buy my annual hot fudge sundae and stay up late watching the show. Obviously, a lot has been canceled. Most towns are not having parades, etc.  However, I found a wonderful replacement and it only cost me $6.95! The Broadway show, Hamilton, is now available on Disney Plus. There are no free trials but think of it this way. I entered the lottery for the privilege to buy Hamiton tickets when it was in town last year. I was not selected and I was willing to pay $80+ for a seat. So, the charge of $6.95 for one month is positively cheap in my book. There is a subscription link on the above review. It will also allow me to watch Mandalorian which has rave reviews and baby Yoda.

She wrote GETTING TO THE ROOT on her website: Rachel Greem Miller: A Daughter of the Reformation. I have had the opportunity to get to know Rachel a bit better over the last few months. Rachel is one of those thoughtful and kind members of the Reformed faith. In other words, she is NOT a Calvinista. This post is extremely helpful if you want to better understand some of her thoughts on the recent explosions as outlined at TWW in Aimee Byrd and Rachel Miller Attacked by Real Life Calvinistas: Genevan Commons Current Members…Be Ashamed.

Julie Roys is on a roll and doing an excellent job exposing some dark corners of the faith and Amy Moore provides further insight into what happened with Darrin Patrick.

In an email today from Wheaton President Philip Ryken to the campus community, Ryken wrote that the college had hired outside professionals to investigate issues with Blackmon. And though the investigation found that Blackmon “did not engage in sexually immoral relationships or physical sexual misconduct,” it “revealed conduct inconsistent with Wheaton’s policies and commitments.”

…Blackmon came to Wheaton in 2015. Before that, he served as senior pastor and head of staff at American Protestant Church of The Hague in the Netherlands, where he was raised. Prior to that, Blackmon served as pastor at River Rock Church in Folsom, California.

Blackmon was ordained in the Christian Reformed Church in North America in 1995.

2.  Julie Roys posted Death of Megachurch Pastor Darrin Patrick Officially Ruled a Suicide which was written by Bob Smietana who is the head of Religion News Service and Alejandra Molina.

Megachurch pastor Darrin Patrick’s cause of death has officially been ruled a suicide, according to the Franklin County Sheriff’s Department.

…He had been a rising star in Reformed evangelical circles and served as vice president of the Acts 29 church planting network. He was later fired from Journey for what church elders called misconduct, including “inappropriate meetings, conversations, and phone calls with two women” and an abuse of power.

…Patrick received counseling and went through a restoration process that lasted 26 months, according to a 2019 blog interview posted at Christianity Today. He returned to the ministry as a preacher but not as a senior pastor of a church. 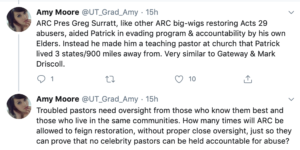 She pointed to this article in the St Louis Post Dispatch written by Jesse Brogan: St. Louis megachurch founder’s personal journey led to a tragic end. Sadly, he dropped out of the process which was started by his former church in 2017 and took up with the ARC group which, in my opinion, quickly gets fallen pastors back in the pulpit.

“Darrin was involved in a process with us,” Dodd (from his former church leader) said Thursday. “The process was not finished. He did not complete it. We have had very little contact with Darrin since 2017.”

…After the official restoration program stopped, Patrick launched his career again, which bothered some who felt wronged by him or thought he was not healed enough to return to ministry.

In 2018, Patrick was listed in public records as president of Churchouse Community Inc., a church startup in St. Louis that met in homes; two executives from the church didn’t wish to comment.

He also was taken under the wings of Greg Surratt of the ARC which hastily reinstated Dino Rizzo. You can read about that here.

Sadly, in my opinion, Patrick was ill-served by those around him. It is obvious that he was in no way ready for the rigors of the pulpit. In fact, it may have been better if he hadn’t returned to pastoring. But the man could preach and those around him saw $$$$ when it came to megachurches and conglomerates. He was not ready and his death is tragic.

Distinguished Oxford Biblical scholar will go to prison in France for downloading 28,000 pictures of child abuse.

Jan Joosten, 61, who holds the prestigious regius professorship of Hebrew at Oxford, was suspended by the university’s Faculty of Oriental Studies and Christ Church college on Monday night. He is considered one of the most distinguished biblical scholars of his generation.

The academic, who lives in the Bas-Rhin region of France, was sentenced by a court in the city of Saverne last week over possession of about 27,000 images and 1,000 videos after he admitted the facts of the case, Agence France-Presse reported.

The Oxford Blue posted Christ Church professor sentenced to jail over child abuse images. Besides being a well-known professor, he is a former pastor.

Joosten, 61, has held the Regius professorship of Hebrew at Oxford since 2014, and is affiliated with Christ Church.  Agence France-Presse reported that Joosten admitted to downloading the images and videos, including, depictions of child rape over a six-year period, from 2014–May 2020, after being exposed by Strasbourg LION (laboratoire d’investigation opérationnelle du numérique) investigation.

I found an interesting post by The Shiloh Project which deal with rape culture and the Bible: Privilege Beyond Bounds: A Response To The Conviction Of Jan Joosten. I highly recommend that you read the entire piece since the author had met him and originally thought he was a nice guy.

The lashings of respectability, status and privilege that have until recently enveloped Joosten – “pastor”, “Regius Professor of Hebrew” (founded in 1546 by Henry VIII), “Christ Church”, “University of Oxford”, “Princeton Theological Seminary”, “Hebrew University, Jerusalem”, “father of four”, “married”, “one of the most distinguished biblical scholars of his generation” – add force to the shock and outrage that have met the revelations of Joosten’s conviction. Shocking, too, is the sheer volume of images (27,000) and videos (1000) depicting abuse, including rape of children, which Joosten downloaded. The brilliant man falling from his high pedestal: as a German, I think right away of the legend of Faust. Such hubris and such hypocrisy. Did Joosten think a different law applied to him? Did he believe he was too clever ever to get caught?

The author wrote to him and he responded.

I wrote of the revulsion I felt and of wondering how many hands of “respectable men” I had shaken without fathoming what they were capable of, of being repelled at the “secret garden” obfuscating, even romanticising and eroticising the brutal abuse of frightened and utterly vulnerable and helpless children. I wrote that I cannot comprehend why, if he acknowledged the harm he had done, he would not willingly go to prison, “Why should you not go? What will you do now, I wonder?”

(He wrote back) Joosten wrote back very soon after. He said my words hurt but that he deserved them. That he had always known his “doings” were not victimless, that they were “sordid and destructive”. He wrote that he “came across” the images and videos looking for pornography and that they were “freely available and easily accessible”. He describes how this became an addiction from which he could not break free, that he did not want to make excuses but did want to heal, with the help of a psychiatrist. He spoke of the support of his family who accepted him with his defects, characterizing them as an ugly “stain” on a beautiful painting. Ever the linguist, Joosten explained the expression “jardin secret” as “a mental and emotional space one doesn’t wish to share with anyone” but that he had not intended to evoke anything positive but rather that “the world of those images and videos and the real world” in which he lived his life were “completely separate”. He closed by saying he felt deep regret for what he had done, could not undo it and had to look to the future. The closing words were, “I hope one day you will be able to forgive me.”

She closed her excellent article with this.

The forgiveness he says he hopes for from me is not mine to give. Vladimir Jankelevitch writes, “forgiveness is not for swine” and the first step towards forgiveness is full admission of wrong. Today Joosten may appeal. I hope he takes full responsibility and does not.

Ghislaine Maxwell is arrested. Will she stay alive?

For those of you who need to catch up on the back story, watch Filthy Rich on NetFlix.I suspect there are some people not sleeping well tonight. Ghislaine Maxwell, Associate of Jeffrey Epstein, Is Arrested.

The arrest of Ms. Maxwell, Mr. Epstein’s former girlfriend and longtime associate, was the latest twist in a legal saga that has been a source of international intrigue and conspiracy theories. The case has drawn in prominent academics, politicians, business leaders and even British royalty.

…The indictment lists three minor victims who prosecutors say were recruited by Ms. Maxwell from 1994 to 1997, without identifying them by name. Federal laws allow the government to prosecute sex offenses committed against minors at any point in the victim’s lifetime.

…In a memo arguing that Ms. Maxwell should be jailed until trial, prosecutors said she posed an extreme flight risk, partly because of her financial resources. Investigators said they had identified more than 15 bank accounts linked to Ms. Maxwell, whose total balance at times was more than $20 million.

Prosecutors described her total financial picture as “opaque and indeterminate.”

…Lawsuits have long accused Ms. Maxwell of managing a network of recruiters to entice young and often financially strapped girls and women into Mr. Epstein’s scheme, promising he would help them with their education and careers.

After Ms. Maxwell befriended girls and established a rapport with them, she would “normalize sexual abuse” by undressing in front of them or talking about sexual topics, the indictment said.